What if there's a hidden human cost to our entertainment? 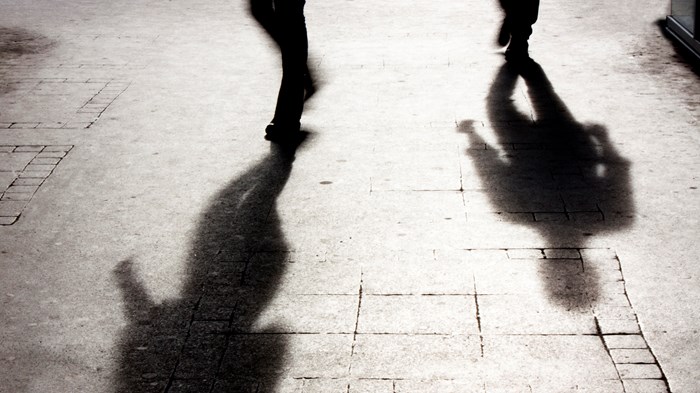 On the difficult topic of rape, Americans seem to be in a weird paradox. On one hand, we consume plenty of movies and TV shows that depict it, often graphically. The Handmaid’s Tale, 13 Reasons Why, and, of course, Game of Thrones are all recent shows that depict rape. The films Precious, Room, and The Girl with the Dragon Tattoo do the same. Last year’s The Birth of a Nation depicted a gang rape scene and raised troubling questions about filmmaker Nate Parker’s own history with sexual assault.

On the other hand, rape as it happens to real people—an estimated 1 in 5 women, and 1 in 71 men—remains shrouded in silence and shame. Many victims never speak of it, for fear of being disbelieved. Most criminal cases of rape don’t end in a conviction because it’s difficult to prove non-consent, especially if alcohol is involved. And while many churches offer Christ-centered healing to victims, sadly, churches are sometimes the settings for sexual violence.

In sum, we’re often willing to watch narrative rape but don’t always know how to address real rape. And in the gap between the pretend of on-screen and the pain of real life, we have a Hollywood phenomenon that is as surreal as it sounds: the rape choreographer.

According to a recent essay in LA Weekly, a rape choreographer is a stunt coordinator who helps actors and directors enact “good” rape scenes. Deven MacNair, the essay’s subject (a woman), wanted to do stunt-doubling but was instead called in as a choreographer when a male mentor couldn’t handle any more rape scenes and quit. MacNair helps actors mimic rape and supervises the filming to ensure everyone feels safe.

It’s odd to think of a rape choreographer as a feminist achievement, but MacNair’s work signals that Hollywood is treating women better than in decades past. In the 1970s and ’80s, some iconic directors asked actresses to film rape scenes that weren’t scripted, hoping their “surprise” would aid with on-screen “realism.” Many actresses later reported that they actually were raped or otherwise exploited. For an industry with chronic gender problems, a rape choreographer gives actors some recourse if something goes wrong on set.

But even when no “real” rape occurs, the line between reality and storytelling blurs. And this gets to the heart of acting itself: What we do with our bodies profoundly shapes us, even when our bodies are just going through the motions.

The LA Weekly essay names several actors who were forever affected by their participation in acting out rape. After a multi-day filming of a brutal gang rape for The Accused (1988), many crew members couldn’t sleep and lost weight. Jodie Foster, who played the victim, cried so much during filming that she popped blood vessels. Ned Beatty plays a man in Deliverance (1972) who is raped by another man. After the experience reshaped his psyche, he became a spokesman for sexual-assault awareness. Gabrielle Union, a rape survivor, has turned down many acting roles for the inclusion of rape but agreed to play Nat Turner’s wife in The Birth of a Nation in order to shed light on the horrors of slavery. She did so with the aid of much therapy—and doesn’t remember filming the rape scene itself.

We the viewing public often praise actors for taking on harrowing roles in the service of artistic excellence. Their psychological and physical pain is a sacrifice we accept for the advancement of “important” stories or for entertainment. After all, actors know exactly what they are getting into and are paid handsomely for their work. If Matthew McConaughey wants to lose 50 pounds to play an AIDS victim in Dallas Buyers Club—or gain 50 to play a gold prospector in Gold—we marvel at his dedication, then pop some popcorn.

But what if we are advertently supporting an industry with a hidden human cost?

Christian film engagement today tends to focus on the viewer—how watching sinful behavior keeps us from thinking on “whatever is true, whatever is noble, whatever is right, whatever is pure…” (Phil. 4:8). For example, in an essay on the controversial Game of Thrones, pastor-theologian John Piper offers 12 questions to ask before watching the bloody and breast-centric show. Of the questions, 10 center on the effect of nudity on viewers. Piper keeps a strict no-nudity policy himself and convincingly asks fellow Christians how viewing naked people on screens could ever advance their holiness.

Throughout church history, though, church leaders were as interested in how theater affected actors. For example, in the third and fourth centuries, converts from the world of stage plays had to leave their overtly pagan profession before being baptized. Acting is a uniquely embodied art, and it was understood that Christian bodies should be used to bless and serve others, not to act out immoral and self-harming behaviors.

I have long resisted the idea of creating a “no see” list of movies or on-screen behaviors for all Christians everywhere. This is in part because nudity and violence mean different things in different narrative contexts. While individuals’ sensitivities should be heeded, it should be clear that the nudity in Showgirls and the nudity in About Schmidt—in which a 54-year-old Kathy Bates is shown briefly getting into a Jacuzzi—are worlds apart. Likewise, a gory slasher flick and a historical war drama show people killing each other, but by very different means and for different ends. In Christian film criticism, it’s important to examine those means and ends, lest our cultural engagement become little more than tallying up the number of curse words and naked body parts.

However, the depiction of rape in movies and TV tempts me to draw a hard line. The apparent psychological cost for actors and other Hollywood professionals—combined with many directors’ choice to depict rape as sexy—seems too great to warrant any entertainment or educational value. My view comes not from a prudish fear of bodies but from a deep respect for them; what they do really matters. I have to ask myself, then: What are my consumption habits requiring actors to do with their bodies?

There is great value in learning about the realities of rape—how it happens, how it affects victims and perpetrators, and how to prevent it. But we probably don’t need another sensationalized movie or TV show to learn about it. All we need to do is listen to the women and men who ask us to believe their all-too-real stories. Let’s soften the din of sensationalized on-screen rape so that we can really hear them—and love our Hollywood neighbors in the process.

Katelyn Beaty is an editor at large with Christianity Today, where she previously served as the magazine’s youngest and first female managing editor. She is the author of A Woman’s Place: A Christian Vision for Your Calling in the Office, the Home, and the World (Howard / Simon & Schuster), which has recently been released in paperback with an accompanying small group curriculum (Abingdon).