Readers rank the best posts of the year.
The editors 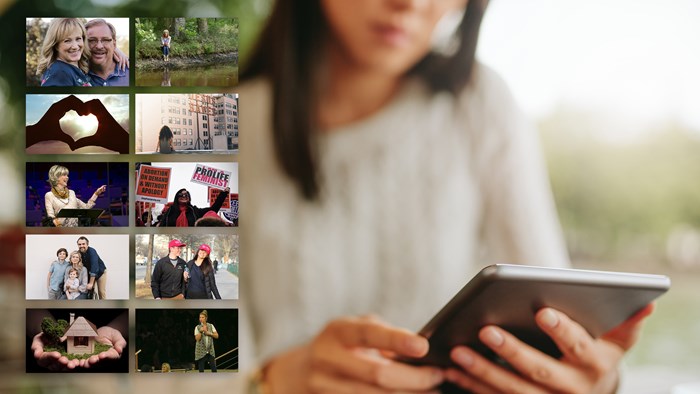 This last year, CT Women writers responded to big stories—from natural disasters (Hurricane Harvey) to political storms (Donald Trump) to insidious racial divisions. We covered the #MeToo movement and the Women’s March, launched an eight-part series on women’s ministry (including a much-debated piece on authority in the age of the internet), and ran essays on the perennial issues—sex, marriage, singleness—that persistently challenge us.

As we look back over the year, here are our readers’ favorite posts (measured in page views):

1. Kay Warren: ‘We Were in Marital Hell’

In our most-read article of the year (more than 450,000 page views), Kay Warren shares with surprising candor about how she and Rick survived the massive pressures of early and middle marriage and beat the odds that “divorce would be the outcome of their ill-advised union”:

I don’t approach this subject from the Hallmark-card version of marriage but from the blood, sweat, and tears of the trenches where our marriage was forged and is sustained. I know what it’s like to choose to build our relationship; to seek marriage counseling again and again; to allow our small group and our family into the struggle; to determine one more time to say, “Let’s start over” and “Please forgive me, I was wrong” and “I forgive you.”

After Hurricane Harvey hit the coast of Texas and catalyzed one of the worst humanitarian disasters in American history, Beth Moore wrote a powerful personal reflection on the city she calls home:

I’ve never known more Jesus-serving, Jesus-loving, people-loving, people-serving folks on earth than right here in my hometown of Houston, Texas. … She’s a thankful kind of girl, our city. Her children try hard to take care of their own, but we’re going to need your help this time. We are devastated. They say it will take many months and perhaps even several years to put us back together again.

3. Finding My ‘True Self’ as a Same-Sex Attracted Woman

In Bekah Mason’s young-adult struggle with sexual identity, both legalistic condemnation and progressive license left her floundering. Now as an adult settled in herself, she offers sage advice for how to be a friend to those who feel same-sex attraction and still support a scriptural view of marriage:

When my more progressive friends attempt to encourage me to “be true to myself” and to express love in the way that “God created me to,” they are not actually freeing me from legalistic bondage as they intend. So if you lean left on this issue, understand that your “blessing” to embrace same-sex attraction actually places a greater burden on us than the one Jesus gives us in our celibate devotion to him. His command to love and obey him is a light and easy burden, and I have found more peace, joy, love, and contentment by keeping all of my relationships rightly ordered than I ever did in seeking to fulfill my own desires in a relationship with another woman.

4. Who’s In Charge of the Christian Blogosphere?

The digital age has birthed a new crisis of authority for the church. In one of our most hotly debated pieces of the year, Tish Harrison Warren explores why the diverse and democratic space of the internet challenges how we think about orthodoxy, orthopraxy, and church teaching:

Christian writing and teaching is not minor surgery; it is heart surgery. In this new internet age, we as a church have to recover the idea that, like doctors, Christian writers, teachers, and leaders can help cure or help kill. And therefore, like doctors, we have to ensure that all Christian leaders—male and female alike—have oversight and accountability that matches the weight of their authority and influence.

5. After 50 Years in a Wheelchair, I Still Walk with Jesus

On the anniversary of the diving accident that changed her life, Joni Eareckson Tada spoke with interviewer Kelli Trujillo about her opposition to assisted suicide laws, her belief in God’s sovereignty, and how to make sense of human suffering:

The first thing Christians ought to do before they even work on compassion is get a biblical view on suffering. Most Christians would rather escape, avoid it, drug it, medicate it, divorce it, institutionalize it—do anything but live with it. We need to embrace the God who is found in suffering. He is the man of sorrows, acquainted with grief.

6. Women’s March Sets Out to Exclude 40 Percent of American Women

The Women’s March on Washington, which drew over 200,000 attendees, sparked controversy among Christians when organizers opted to exclude pro-life organizations as official partners. Kate Shellnutt reported on what pro-life feminists have in common with their pro-choice counterparts and what a true Women’s March might look like:

“If the voice of pro-life women is excluded from the [Women’s March on Washington], then it is not really a ‘Women's March’ at all,” said Brandi Swindell, founder of the pregnancy crisis center [originally] partnering with the march. “Rather, it is an anti-Trump march, a pro-choice march, or a Planned Parenthood march. To truly be called a ‘Women’s March,’ all our sister’s voices, thoughts, viewpoints, and stories need to be heard.”

7. A Stroke Freed Me to Redefine Beauty

Former model Katherine Wolf, who ministers with her husband at Hope Heals, spoke with CT about how a nearly fatal stroke altered her view of beauty and deepened her theology of suffering:

The beauty of suffering at a young age is that it will inform the rest of my life as well as my husband and children’s lives. Suffering is not the end of the story. The beauty of the gospel is that we see a better story being written and coming out of our sufferings, which changes the way we live the rest of our lives.

Building on data provided to CT by the Cooperative Congressional Election Study (CCES), Kate Shellnutt reported on why white, evangelical, millennial women defied political predictions by voting for Trump based in part on national security and pro-life concerns:

9. The Three Myths of Cohabitation

In this interview by Andrea Palpant Dilley, sociologist Brad Wilcox at the University of Virginia reports on the surprising results of his international study on cohabitation and its negative impact on kids:

In the vast majority of countries that we looked at in Europe, at all education levels, people who are married when they have kids are markedly more stable than people who are cohabiting when they have their kids. Generally speaking, the least educated married families in Europe enjoy more stability than the most educated cohabiting families. That’s not what I would have guessed. I assumed that we’d find some kind of marriage stability premium, but I didn’t realize it would be that pronounced, and that marriage was a more powerful predictor of family stability in Europe than parental education.

The 2016 Belong Tour embarked on a 12-city event that drew thousands of evangelical women across the country. In our 10th most-read piece, Kate Shellnutt reports on why the 2017 tour—with speakers Jen Hatmaker, Shauna Niequist, and Deidra Riggs, singer Nichole Nordeman, and others—was called off by new owners, to the disappointment of many: