We need more than anti-consumerism for a healthy Christian holiday.
Jen Pollock Michel 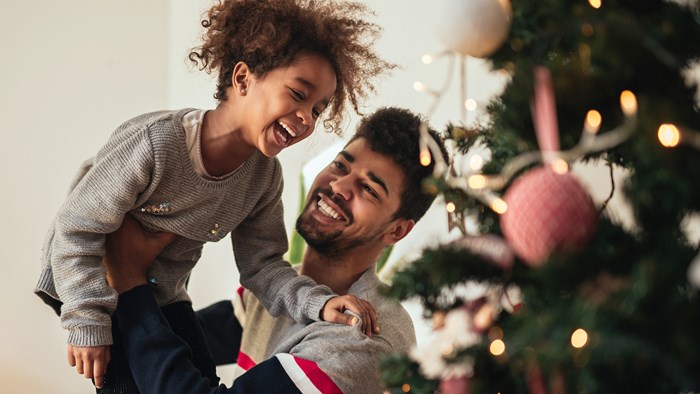 Three years ago, my husband and I decided that we would no longer travel for Christmas. Our parents, all of them living in the Midwest, were devastated. When we’d moved to Toronto from Chicago, the terms were clear: If we were moving the grandchildren across an international border, we were responsible to bring them home for the holidays. But where was home? Even if our passports declared us strangers, our house in Toronto had begun to feel more like home than the one we had left behind—the one we actually owned.

I’ll be home for Christmas, we sing. And it’s for good reason that Christmas lures us home. As I can attest, waking up in a hotel on Christmas morning and shuffling to the lobby for your first cup of hot coffee does a number on the holiday spirit.

What makes a home a home, then?

For the past several years, IKEA representatives have traveled across the globe to ask people about their domestic experiences and expectations. In 2016, they visited 12 cities and interviewed 12,000 people; in 2017, they traveled to 22 countries, surveying more than 22,000 people. In the first survey, respondents concluded that a home was composed of four intangibles: comfort, safety, belonging, and love.

Even if IKEA’s findings (detailed in their annual Life at Home reports) primarily aim to sell us more furniture, lamps, and posters of Paris, they tell us something about the fundamental human longing for home. For Christians, they also illuminate this surprising truth: Neither consumerism nor anti-consumerism defines a true home.

Roy Langmaid, a psychologist cited in the 2017 IKEA Life at Home Report, talks about home as moderns have come to think of it—as the expression of personal identity. Identity is a narrative, Langmaid says, and home tells part of the story. If we change the objects, we change the story, which is why some of us find it so difficult to get rid of things—so difficult, in fact, that 1 in 10 Americans is paying for off-site storage. (In the UK, that number is 1 in 100; in Japan, 1 in 300.)

Despite these emotional attachments, respondents to IKEA’s survey admitted that half of their domestic arguments involved the problem of having too much stuff. On the one hand, we feel more and more tied to the objects in our home; on the other, we feel more and more anxious about the physical clutter. In other words, we want to clear our space but can’t bear the burden of negotiating what stays and what goes. (Inevitably, Christmas will add to our pile of things wanted and unwanted.)

In Scripture, Jesus didn’t warn against excessive accumulation because it was a mental health hazard. In fact, every time Jesus and the New Testament writers warn against material greed, they don’t mention the anxiety of physical clutter and the reward of minimalism. Rather, they point forward to a more permanent home—and investment in a more lasting kingdom.

In Luke 12:13–21, Jesus tells the story of a rich fool who presumes longevity of life. I’ll build bigger barns for all my stuff, he reasons. But his life is demanded of him far earlier than expected, and to his regret, he discovers that he has not been rich toward God.

In Luke 16:19–31, we find a similar story. The rich man, “clothed in purple and fine linen and who feasted sumptuously every day,” finds his fortune dramatically reversed with the fortune of a beggar, who had lain hungry at his gate every day. In the afterlife, the rich man is humiliated, the poor man exalted. Both men discover the fleeting shadow of this life and conversely, the never-setting sun of eternity.

Paul, too, instructs the rich not to “put their hope in wealth, which is so uncertain,” but rather to be generous. “In this way they will lay up treasure for themselves as a firm foundation for the coming age, so that they may take hold of the life that is truly life” (1 Tim. 6).

In other words, the point is not necessarily that we’re forbidden from owning and accumulating. Rather, it’s that if our apartments, houses, condos, and rented rooms tell any story, it should be this: We’re waiting on a better world.

The gospel tells an old, old story. God wriggled his way through a womb to make his home among us. Taking up flesh, Jesus pitched his tent in our neighborhood. He came as a poor man and owned so little that he didn’t have a place to lay his head. On the eve of his betrayal, arrest, and crucifixion, he told the disciples about his true home: his Father’s house with its many rooms. “If that were not so,” he said, “would I have told you that I am going there to prepare a place for you?” (John 14:2).

Maybe, then, the best homes we make tell realistic, honest stories about the human condition on this side of heaven. They’re impermanent and imperfect, no matter how much we seek (or avoid) accumulation. Earthly homes are fleeting stars. Like the Wise Men, we follow them as a way to long “for a better country—a heavenly one” (Heb. 11:16). If only for a glimpse of the Christ!

“I’ll be home for Christmas,” we sing. And then again, maybe not.