Patricia Heaton: My Career Floundered, Then Flourished Because of Faith

Q+A: The star of ‘Everybody Loves Raymond’ and ‘The Middle’ reveals the prayer that changed her life.
Rebecca Cusey 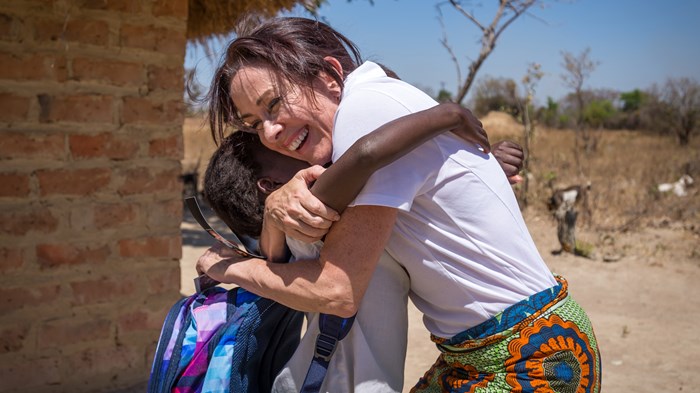 Patricia Heaton has a career that most women in Hollywood can only imagine. With Everybody Loves Raymond and The Middle to her name, she’s headlined not just one but two wildly successful sitcoms. All the accolades of fame have followed: seven Emmy nominations, two Emmy wins, a star on the Walk of Fame, and fans across the globe.

Never shy about proclaiming her Christian faith, Heaton has decided to use her influence to help the poor around the world by highlighting the work of World Vision. I spoke with Heaton by phone about her career, World Vision, and how practicing the Christian faith is like keeping sober in Alcoholics Anonymous.

By any standard, your career has been tremendous. To what do you attribute your success?

When I moved to LA, I was 30—no agent, manager, or car, and one commercial to my name. If someone today came to me today and said, “Hey I’m a 30-year-old woman who’s not a model. I don’t have an agent or a manager or a car. Do you think I should move to LA?” I would say absolutely not. So my example is a little strange. I feel like God really held [back] any success until I was at a breaking point.

[After returning to LA from a mission trip to a Mexican orphanage], I woke up the next day and I had this deep sense of peace I’d never felt before, and it made me realize that up until that point, my entire identity was in my success or lack of success as an actor. That’s when I realized I needed to give that thing ...

Patricia Heaton: My Career Floundered, Then Flourished Because of Faith

Patricia Heaton: My Career Floundered, Then ...