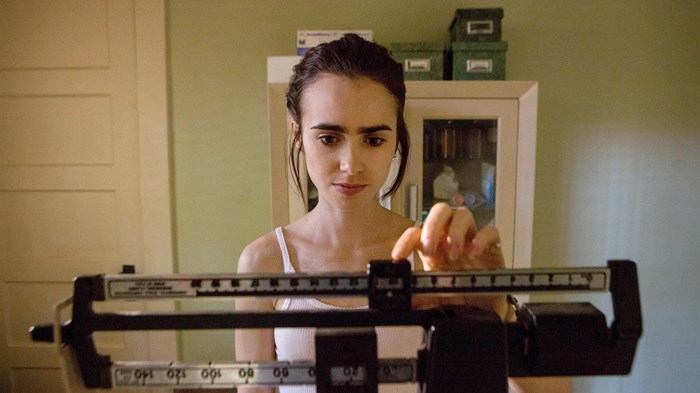 Here’s how you know when a movie is possibly a cliche: You ask your mom if she wants to watch it with you. She asks what it’s about. You say, “It’s a movie about anorexia.” She says, “Yes! I love those!” Then she says, “Wait—that sounded terrible.” You agree, but both of you laugh, because the pleasure these stories afford is complicated: Is it morbid fascination? Comforting reassurance of one’s basic wellness in the face of another’s extreme sickness? Cautionary tale? Or—in a twisted sense—instructional and aspirational?

That’s the essence of the controversy sparked by the portrayal of anorexia in To The Bone, which premiered at Sundance in January and recently released on Netflix. Both the writer/director and the actress in the starring role—Marti Noxon and Lily Collins respectively—have openly discussed their histories with anorexia, and the story is loosely based on Noxon’s personal experience with the eating disorder. Although the Los Angeles Times suggests that it’s a “relatively underdramatized subject,” anorexia dramas and documentaries abound, and To The Bone fits comfortably into the genre. Ellen’s clandestine, obsessive sit-ups in bed recall a scene in the 1981 TV film The Best Little Girl in the World, which I watched in high school health class and which probably inspired more than a few American teenagers (like me) to dabble in disordered ...