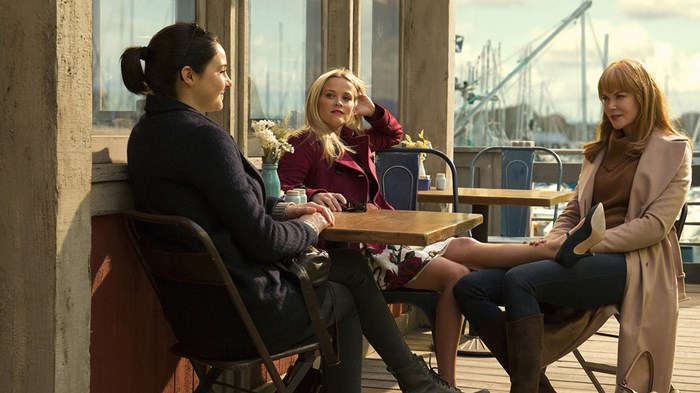 Big Little Lies is a lot of things: an adaptation of one of Oprah’s favorite beach novels, a miniseries produced by its stars Reese Witherspoon and Nicole Kidman, an excuse for innumerable shots of the coastline near Big Sur, a murder mystery unfolding in flashback, a satire of the privileged class and helicopter parenting, a melodrama about midlife crises, and a meta-commentary on how Hollywood’s female roles are comparatively less complex than the series’ characters.

While the plot of this new HBO series is moved forward by intertwined tales of mystery and friendship, its clearest preoccupation is the complexity of women’s identities, especially as they approach midlife. In the second episode, Reese Witherspoon’s character, Madeline, gazes thoughtfully toward the ocean when her first grader asks why Mommy so frequently stares at the sea. She answers, “The ocean is powerful. Mostly it’s vast. It’s full of life, mystery. Who knows what lies out there beneath the surface?” “Monsters?” asks Chloe. “Monsters? Maybe,” responds Madeline. “Dreams. Sunken treasure. It’s the great unknown.”

Their exchange works as a metaphor for how this narrative imagines its female characters: lasting but changeable, teeming with life, but maybe hiding beasts in the depths beneath the eye-catching surface.

Set in the town of Monterey, California, the story puts in motion a series of slights and confrontations ...