Syria and Lebanon celebrate the historic ordination of a pair of faithful clergy.
Griffin Paul Jackson 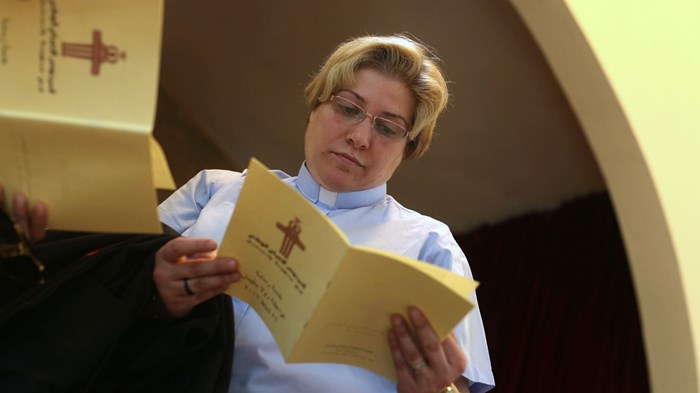 The turnover among Christians in the Middle East, in addition to years of stirring among reformist Arab evangelicals, has made way for female pastors to rise into leadership positions vacated by clergy who have fled amid the mass migration in the region.

Not since three women were ordained by the Church of God in 1920 had an Arab woman been granted the ecclesial backing to administer the sacraments in Syria or Lebanon. Nearly a century later, a pair of female pastors—Rola Sleiman and Najla Kassab—were ordained in February and March of this year.

They represent a unique way forward for the meager evangelical population in the Levant, which has followed traditional gender roles.

“It wasn’t in my dreams,” said Sleiman, who studied at Beirut’s Near East School of Theology (NEST). “I just wanted to serve God. I never planned that I’m going to be ordained.”

After serving for years as a Christian educator and Sunday school teacher in Tripoli, Sleiman was tapped to fill the pulpit at Tripoli Evangelical Church during a transition period after her church’s pastor emigrated.

When a year passed and the role hadn’t been filled, leaders selected Sleiman to represent the church on an administrative council. Even as pastor, she could not administer the sacraments or perform marriages without being ordained.

Last year, her church put forth the revolutionary motion to ordain Sleiman, now in her early 40s. The decision was carried out ...