Let's reimagine ways we can honor mothers without wounding others. 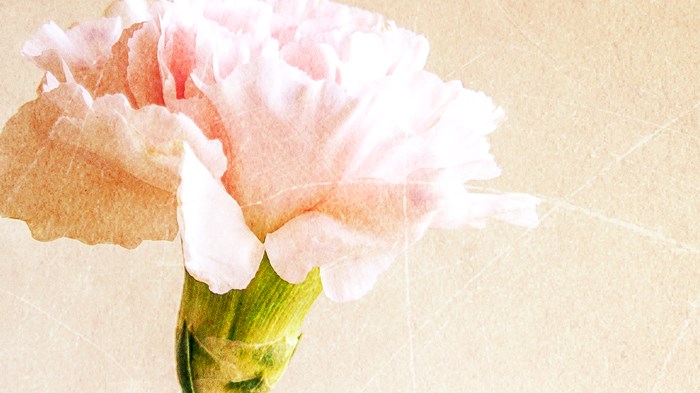 A week ago, as I anticipated this upcoming Mother’s Day, I felt ready to fight for my flower. Each year, I look forward to the carnation and the vague, glowing tribute churches often pay to women who mother. After all, haven’t I earned it? After birthing and raising a daughter and (count them) five sons, after 29 years of the daily dying-to-self that defines mothers’ lives, I am grateful for any Mother’s Day payback—even for the greasy (delicious) donut my church handed out one year.

But I am increasingly recognizing the tremendous cost of that flower (or donut). A few days ago, I posted a simple query on social media: “How do you feel about Mother’s Day celebrations in church?” In one day, 150 women responded with passion and detail—and the messages are still coming. After reading their stories, it became clear to me: Mother’s Day Sunday is, for many, the single most painful day of the entire church year.

Most churches try to honor mothers in some way, but rather than attracting women with its special focus, legions either stay home from church on that day or leave their church service filled with resentment and pain. Many women have told me why. Single mothers describe it as momentary attention that lapses into invisibility again once the day passes, leaving them struggling to raise their kids alone. Bonnie, a mother of a beautiful adopted daughter, tells of one Mother’s Day when her pastor ...