Creating a safer world for women means talking about our vulnerability.
Hannah Anderson 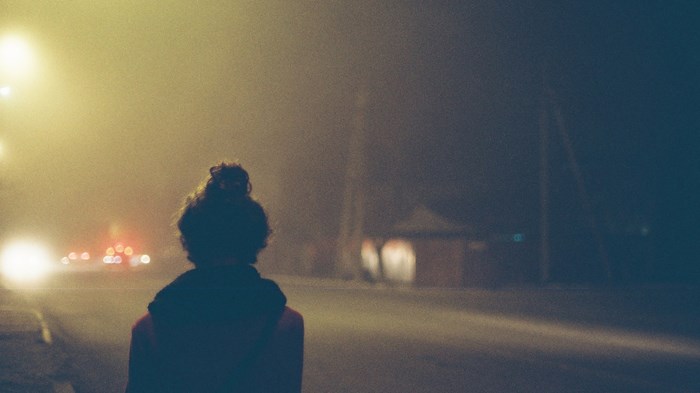 I was somewhere in the North Carolina mountains, driving down a long stretch of highway on a cold December night, when my predicament hit me. It was past midnight and I was alone, over a hundred miles from home. And of course, my cell phone was nearly dead. My mind began racing: What if my car breaks down? What if no one stops to help me? Or worse, what if the person who stops isn’t a good person?

Suddenly I was face to face with my own vulnerability.

Female vulnerability is not something women like to talk about much. In recent decades, we’ve preferred themes of empowerment and success. From female pioneers at NASA to Wonder Woman, women have been proving their worth in society and showing themselves just as brave and intelligent as men. But even as we affirm female agency and strength, we can miss an equally important, albeit unsettling, reality: Women are vulnerable in the world in ways that men, as a rule, aren’t.

This has never been made clearer than through the recent spate of revelations about Harvey Weinstein and Hollywood sexual harassment and abuse. As powerful, successful women came forward with their own histories of assault, actress Alyssa Milano tweeted, “If you’ve been sexually harassed or assaulted, write ‘me too’ as a reply.” Her tweet, which popularized the #metoo campaign that activist Tarana Burke began over ten years ago, prompted more than 12 million Facebook reactions in 24 hours and a million tweets of the hashtag in 48 hours.

Both support and criticism flooded in, but perhaps the most telling reaction was the simple question: “What woman hasn’t?”

Some communities use female vulnerability as an excuse to repress and control women. From purity codes to sheltering us at home, our womanhood has been used as a justification for abuse and marginalization. Instead of confronting evil men who take advantage of women’s God-given physicality, it’s been easier to just sequester us.

Despite the potential for misuse, we still must recognize and name the specific vulnerabilities that women carry in our bodies. As personhood goes, women are as strong and as gifted as men. But if we gloss over our physical differences, we’ll also gloss over the dangers we face. All the gumption and intelligence in the world mean little when a man is intent on harming a woman.

Furthermore, if we neglect to recognize the broader implications of these physical differences, we fail to understand how abuse of power happens, why 83 percent of sexual harassment charges are filed by women, or how we can prevent it in the first place. Worse, overlooking power differentials can lead us to judge women as complicit in their own harassment. Questions like “Why didn’t you leave?” or “Why did you let it happen?” presume a level of physical and social power that often doesn’t exist.

Of course, not every male body or female body neatly aligns with normative growth curves. Some women are larger and stronger than some men. But the fitness of an individual woman (or the weakness of a predatory male) does not necessarily compensate for how biological norms shape the sociological and psychological dynamics of assault. Plenty of strong, fit women equipped with self-defense moves still get targeted, manipulated, or violated by predatory men, not because they don’t have the ability to fight back but because the larger context sets them up as prey in the first place.

For men who may not naturally understand the burden of female vulnerability, #metoo reveals how women’s experiences of the world differ from theirs—whether it’s in the boardroom or on a lonely stretch of highway. The solution isn’t to lock women away but rather to actively guard us while we navigate the world. Good men will use their strength to stand between us and those who would harm us—to reject or repent of “locker room talk,” to make sure we’re heard when we speak up, and to help stop those who prey upon us.

For women, #metoo is an uncomfortable but necessary reminder of our physical weakness and mutual dependence on men—something I’d rather forget if I’m totally honest. I’d rather focus on the ways that we are brave and strong and gutsy. But I’d be foolish to believe these strengths could compensate for physical weakness when I encounter an evil man. And I’d be negligent if I didn’t teach my daughter this, as well.

For me, this is where #metoo hits home: As a mother, I have a responsibility to prepare my children for the world by telling them the truth about it. I must teach my boys that the women around them are brave and strong but also vulnerable in ways they never will be, which means they must use their strength to care for them. I must teach my daughter that she faces a unique set of dangers. I want to warn her about these dangers not only in an attempt to keep her safe, but also so that when she encounters harassment (or God forbid, assault), she’ll never once think it was her fault. She’ll know that the problem is with the world—and not with her womanhood.

Christians believe that the world is profoundly broken, but we also believe that God is actively redeeming it and that we are part of that process. Living in this tension means having a clear-eyed view of the world as it is while simultaneously envisioning what it could be. Insofar as #metoo helps us better understand the dangers women face as we try to navigate careers, dating relationships, or even riding the subway, it is powerful. But this knowledge must also move us toward redemption.

If we commit to anything, let it be that none of us—man or woman—should have to carry the weight of brokenness alone.

Hannah Anderson lives in the Blue Ridge Mountains of Virginia. She is the author of Made for More and the newly released Humble Roots: How Humility Grounds and Nourishes Your Soul (Moody). You can find more of her writing at sometimesalight.com, hear her on the weekly podcast Persuasion, or follow her on Twitter @sometimesalight.