I’m sympathetic to the arguments for female pronouns. But the linguistic alternatives leave behind a profound truth. 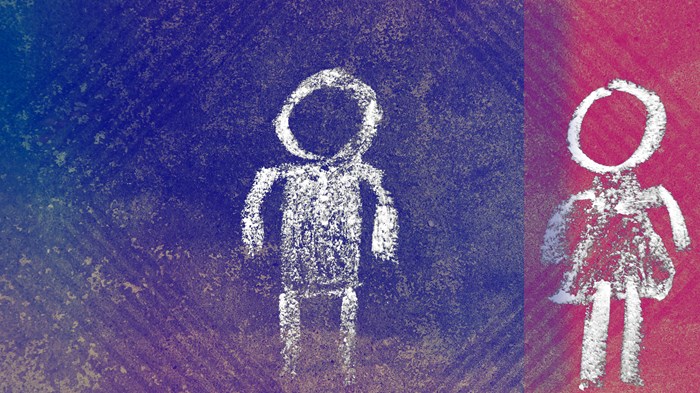 I have only ever had a good father. Timothy Beaty is gentle, wise, affectionate, and regularly expresses pride for his children. We laugh at the same lines in Seinfeld; he taught me how to identify bird calls. To this day, I hold to the irrational belief that there is no better man than him walking the face of the earth.

Because I have a good biological father, it has been easy to believe that I have a good heavenly Father. Earthly things, though imperfect, reveal the deeper truth about heavenly things. The typology has worked out for me. I do not take this for granted.

For many, the word “father” only brings up painful memories or simply a blank face where a familiar one should be. I think of a friend whose dad left when she was 10. He calls her every couple years but is not present in her life. Another friend’s father is kind enough but checked out, abusing drugs and alcohol. The sins of the fathers so often create a spiritual hurdle to believing in a good Father.

The reality of painful father relationships is not to be written off casually. Nor is the broader argument that Christianity historically has over-identified God with masculinity and marginalized women’s voices. These are some of the reasons that theologians and lay leaders of the past century have upheld feminine language for God, calling God “she” or avoiding gendered language for God altogether.

I’m very sympathetic to these arguments. But I’m also not ready to stop calling God “Father.”

One of the most popular reimaginings of God as feminine is found in The Shack, William Paul Young’s best-selling 2007 novel. Young casts God the Father as a woman named Papa. The protagonist grew up with an abusive father, so Papa (Octavia Spencer in the film adaptation) comes to him as a woman: “After what you’ve been through, I didn’t think you could handle a father right now.”

Papa embodies the strikingly maternal language for God in many portions of Scripture. In Isaiah 49, God is described as a nursing mother. In Psalm 91 and Matthew 23, God is like a hen gathering her brood of chicks under her wings. Through the ages, the argument goes, the Christian God has been over-represented as a warrior King or a wrathful Judge. Thus, these unmistakably feminine images of Scripture help reclaim a God who is neither male nor female—God does not have a body, after all—and whose likeness is imaged in both male and female (Gen. 1).

Some argue that all masculine language for God is a stumbling block. The feminist interpretive tradition of the past century has linked the paterfamilias of Father God with the patriarchy of the ages. We don’t have to look far in history or the headlines to see that men have abused their power and held it over women, enacting the curse of Genesis 3:16. Thus, the church’s patriarchal husk must be peeled away to reclaim the kernel of gender equality and women’s dignity inherent to Christianity. “If God is male, then the male is God,” is Mary Daly’s potent chiasmus. I’ll admit that headlines and history make me sympathetic to her challenge.

So if God is not to be called Father—as Scripture, Jesus, and church tradition do; no small thing—then what do we call God? The answer varies. Some denominations and Bible translations strive for gender-neutral or -inclusive language, avoiding male/female language altogether. The Trinity might be referred to as “Source of All Being, Eternal Word, and Holy Spirit” or “Creator, Redeemer, and Sustainer,” emphasizing divine traits and actions. Others use explicitly feminine language for God, interchanging “Father God” with “Mother God” or “Holy Wisdom.” (Sophia or “Wisdom” is feminine.) Since God is no more literally female than male, then both male and female language are up for grabs, especially in order to correct sexism ingrained in the church.

First, for every person in the pew who struggles with God as Father, there are others who struggle with God as Mother. If male and female are equal in worth and dignity, as they are, then they are also equal in their fallenness. It can be weirdly sexist to suggest that women are angels or men’s “better halves” or on a higher moral plane than men. And calling God “Mother” is not a balm for people whose earthly mothers are abusive, absent, or otherwise don’t reflect God’s nurturing, tender care.

Gender-neutral language for God is also pastorally incomplete. For in trying to save conceptions of God from patriarchy, it takes us away from the Personhood of God. In an attempt to make God more approachable, language like “Creator, Redeemer, and Sustainer” strikes me as cold. God is more than what God does.

“God in three persons, blessed Trinity” captures the radical claim that the Lord of the universe exists in three persons. And although what is meant by that word is more complex than how we normally use the word, it certainly implies this: the very personal nature of God. The Christian God is not an ethereal, impersonal force, but an active, living, loving Being who speaks and acts in creation to restore his image bearers to their original glory and right relationships. God speaks. God wills certain things and stands against others. God demonstrates compassion, justice, and love. God seems to be affected by the goings-on on earth. And, most centrally, God desires to be in relationship, in fact, is a relationship, the blessed Trinity.

In other words, the God of Scripture seems a lot like a human. But of course, the inverse is the truer statement: We humans, made in God’s image, male and female, are like God (Gen. 1), created to be in relationship with our Maker and each other.

All gendered God-language is metaphor. (Again, God is not a biological male.) But it’s the metaphor that Jesus used when he prayed: “Abba, Father” and the language the Word of God gave us to speak to God. It’s also stunning in its intimacy, and very good news. As the late Scottish theologian T. F. Torrance writes:

When we turn to the Scriptures of the New Testament, we find a radical deepening of the Old Testament doctrine of God, for “Father” is revealed to be more than an epithet—it is the personal name of God in which the form and content of his self-revelation as Father through Jesus Christ his Son are inseparable.

That is, the intimacy between two persons of the Trinity, Father and Son, is now available to each person in Christ.

If the referent of the word “father” is painful, broken, and a stumbling block for many of our neighbors, it’s fathers, and not the language, who need reform. Maybe more men need to get comfortable with being nurturing and showing emotion. Maybe more dads need to stay faithful to their families when they want to bail. Maybe all of us need to hold men accountable for treating women like co-rulers and not subordinates.

Maybe it’s we, and not God, who need to change.

Katelyn Beaty is an editor at large for Christianity Today magazine and the author of A Woman’s Place: A Christian Vision for Your Calling in the Office, the Home, and the World(Howard / Simon & Schuster) which has recently been released in paperback with an accompanying small group curriculum (Abingdon).