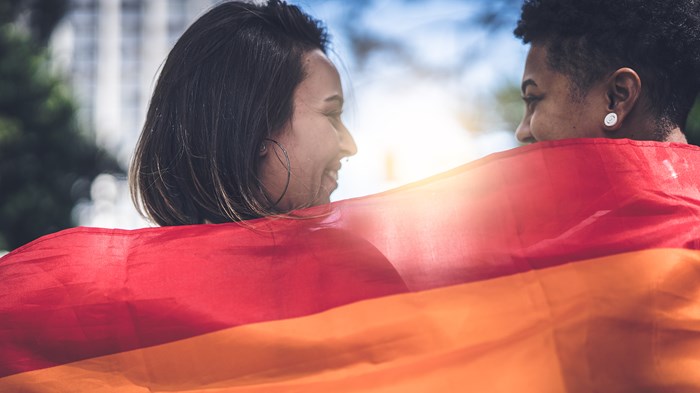 For born-again Christians who are still same-sex attracted, the world we find ourselves in has made sexuality central to our identity. Gayness is not just a way to act but a way to be. It is, as they say, “just who you are.” LGBT culture encourages us to find greater joy in identifying with sin rather than with the Creator.

By contrast, same-sex-attracted believers—like all believers—are called to find our identity in Christ. He begins in us a sanctification process, a beautiful miracle in which God enters in and starts turning the heart into the cathedral it was intended to be. We don’t just sit back and expect great fruitfulness to come from minimal zeal; we work alongside God to “act the miracle” (see Phil. 2:12–13) of sanctification into its grandest potential.

As someone who formerly lived in the lesbian lifestyle, I’ve experienced this transformation of the heart. But even now, when I begin to forget that I am loved, forgiven, and new, then I stop operating out of faith. I have to remind myself that the identity God has given me will always reveal the true nature of who I am.

The burden for same-sex-attracted Christians, then, is not to learn more about themselves or to “become a better you” as an entry into self-empowerment. Instead, the goal is to renew your minds so that you begin seeing yourselves in light of who God has revealed himself to be—and also so that you can glorify him in the ways he has commanded. This happens in the context of community, with much prayer, and with consistent, thoughtful internalizing of the Word of God.

Below are three frameworks for identity that I believe will help the same-sex-attracted believer as they “act the miracle” of sanctification, begin the journey of not being conformed to the world they were delivered from, and experience being “transformed by the renewing of [their] mind” (Rom. 12:2).

1. The identity of a saint: You are not your temptations.

Temptations talk a lot. They tell us of their potential. They speak of our need and say they can fix it. Temptation also brings shame. The same-sex-attracted Christian who resists out of habit can start to get a ragged ear, unraveled by the long-winded nature of the temptations they can’t help but hear. Shame wants us to believe it is accurate in its evaluation of us—that we are too wretched to be made new. Too dirty to be made clean. Too prone to sin for forgiveness to matter. It wants us to believe that the temptation to feel loved by someone of the same sex means that we are just a sinner beyond repair.

However, just because we are tempted does not mean that we are our temptations. We are what the cross has declared us to be: forgiven. Temptations may have a voice, but so does the Living God. The Scriptures—God breathed and eternally profitable—have the final say on the identity of the saint. As Paul writes in 2 Corinthians, “Therefore, if anyone is in Christ, the new creation has come. The old has gone, the new is here” (2 Cor. 5:17).

2. The identity of the church: You are not alone.

Being a same-sex-attracted Christian can seem like a solitary walk—one foot in front of the other without the echo of another pair of legs beside you. You feel the fear of being misunderstood, judged, unloved, or unaccepted. In a room full of believers, the past feels like a scarlet letter, and loneliness feels like your destined identity. Some conclude that they can succeed at practicing faith without the presence of other Christians; they can be a single soldier in the battle against sin, the devil, and the flesh, outnumbered unknowingly, since they haven’t the foresight to see that no war has been won alone.

But you are not alone. Sanctification is as communal as communion. You are a part of a family, a body, an organism of human beings with different sins and the same Savior. Even if many Christians cannot understand the specific struggle of same-sex attraction, all Christians can understand the general struggle of sin. It is this body that God has made us all a part of in order to sanctify the saints, equip the saints for ministry, and reveal God in deeper ways to the saints. It was true then and is still true now that man was not meant to be alone. And by the grace of God, we are not and will never be.

3. The identity of God: He is better than you can imagine.

If God is the Creator, then we are created. If he is love, then we are loved. If he is omnipotent, then we are not as powerful as we think. If he is omniscient, then there is nowhere to hide. If he cannot lie, then his promises are all true. Accordingly, our faith in the truths of God’s character has the power to completely revolutionize how our lives are lived out. If God is bigger than we can imagine, we are wasting our time chasing after something or someone lesser than him. In the midst of our temptations, our trials, and our victories, we must place our ultimate identity, not in who we are, but in who we know God to be: our “all in all.”

Both newer and older believers coming out of the LGBT community will experience the temptation to identify as something other than what Scripture has declared as true. There is a real enemy that takes delight in our doubt, but the greatest weapon we have against him—and even our own flesh—is faith in God’s Word. By trusting it, we remain strong even when we are weak.

Jackie Hill Perry is a writer, poet, and hip-hop artist whose latest album, Crescendo, released in May. She is the author of Gay Girl, Good God: The Story of Who I Was, and Who God Has Always Been. Find Jackie at jackiehillperry.com and on Twitter @jackiehillperry.