This season demands a clear view of darkness. Here’s how scholars reckon with it.
Fleming Rutledge 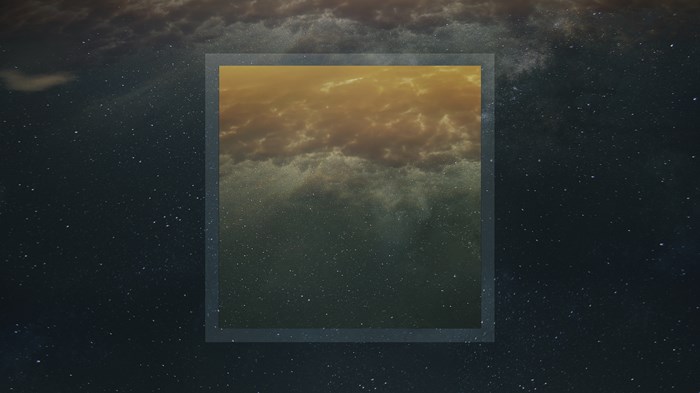 During Advent, we hear passages of Scripture that are infused with the language of darkness, tribulation, and apocalypse. Matthew, Mark, and Luke each have one fully apocalyptic chapter. In Mark 13, Jesus says, “Nation will rise against nation, and kingdom against kingdom” (Mark 13:8, RSV throughout). The passage only gets darker as it goes. “In those days after that tribulation,” he continues, “‘the sun will be darkened, and the moon will not give its light, and the stars will be falling from heaven, and the powers in the heavens will be shaken’” (Mark 13:24–25).

Why is Jesus talking like this about death and destruction instead of talking about sheep, shepherds, and heavenly hosts?

For a couple of centuries, academic biblical scholars thought that Jesus couldn’t possibly have talked in these terms. The gospels’ apocalyptic chapters were dismissed as inauthentic additions and at best were ignored as “fake news,” if you will. However, in the mid-20th century—around the time that I was in seminary in the early 1970s—a striking shift was taking place in biblical scholarship. Theological and biblical studies began to change because of three key developments.

First, the two World Wars introduced into human history a phenomenon that required a new word, one that describes the deliberate destruction of whole people-groups. The word was “genocide.” It was first applied to the killing of the Armenians and then to the destruction of the Jews during the Holocaust.

The second shift that occurred is linked to the first. These early 20th-century wars and genocides—along with the development of nuclear weapons—made the end of the world seem like a real possibility. These historical events caused writers, historians, and other thinkers to realize that the apocalyptic language of Scripture is not so far-fetched after all. In response, scholars started taking another look at these biblical passages, with more respect this time.

The third shift grew out of the second. Scholars started to pay more attention to the fact that, in the two centuries just before Jesus’ time, the biblical literature began to incorporate a new cosmology. This cosmology spoke of events that were set in motion from a sphere outside of human history but taking place within human history, impinging upon it and upending it from the perspective of the future—not the human future according to human potential but the human future reoriented to the purposes of God.

This idea, although abstract, is easily illustrated by the memoirs of Andrew Carnegie, the famous Scottish-born tycoon who made his fortune in America. Although he was raised as a Presbyterian, as an adult he became suspicious of religion. When he read Darwin’s theory of evolution (during the so-called Gilded Age, before the World Wars), the great philanthropist received what he thought was a revelation. He wrote in his memoir,

I remember that light came as in a flood and all was clear. Not only had I got rid of theology and the supernatural, but I had found the truth. …“All is well since all grows better,” became my motto, my true source of comfort. Man … has risen to the higher forms [and there can be no] conceivable end to [man’s] march to perfection.

I don’t believe anyone can read that with a straight face today. As it happens, those were not the final words from Carnegie. The last paragraph of his autobiography was written as World War I broke out. He revisited what he had written earlier and responded to it by saying something dramatically different:

As I read this [what I had previously written] today, what a change! The world convulsed by war as never before! Men slaying each other like wild beasts! I dare not relinquish all hope.

Carnegie’s shift of perspective helps to illustrate the turn in biblical interpretation that I’m describing. The horrors of the two World Wars caused a widespread change in the way that serious people understood history. For biblical interpreters, these events radically altered how they read apocalyptic passages in the Bible.

When we study Scripture, we find that apocalyptic writing comes out of catastrophe. The Israelites were a favored people; God had promised them a future of safety and prosperity. But then they were conquered and forced into exile in the distant, pagan, Babylonian empire. Humanly speaking, there was no hope for them. It appeared they had been entirely abandoned by the God who brought them out of Egypt into the Promised Land. Indeed, their God did not seem powerful after all compared to the mighty gods of the Mesopotamians, whose gigantic statues loomed over Babylon. Perhaps, in fact, the God they worshiped didn’t even exist.

When the Israelites found themselves in crisis, it was not just a historical crisis, it was “a theological emergency.” It was out of this crisis, this emergency, that the new apocalyptic way of thinking took shape. It started with the second half of the prophecy of Isaiah (chapters 40–55)—written during the Babylonian captivity, when everything seemed so hopeless—and it blossomed from there. By the time of Jesus, apocalyptic language was everywhere. It was in the air and the water, so to speak.

After postwar biblical interpreters began to pay attention to these apocalyptic themes in Scripture, a whole new emphasis in theology started to appear. We can assign a word to it, the same one that appears at the very end of Carnegie’s autobiography. That word is hope. Apocalyptic theology is above all the theology of hope, and hope is the polar opposite of optimism. Optimism, as Carnegie discovered, fails when it is swallowed up in darkness. By contrast, hope is found in something beyond human history, with its cycles of optimism and despair. It is found in an incarnate God.

In Luke’s gospel, when Jesus speaks apocalyptically of “signs in the sun and moon and stars” and the “distress of nations,” he ends by saying that humanity “will see the Son of Man coming in a cloud with power and great glory” (Luke 21:25–27). He is speaking of himself and his Second Coming. He’s telling us that our great hope comes not through any human development but through himself. He possesses sovereign power that is independent of human history. In spite of all appearances to the contrary, in spite of the apparent darkness, God in Christ is shaping our history in accordance with his divine purposes.

On the Twitter page of a new “friend,” I recently saw two juxtaposed images that struck me forcibly as the right combination for this Advent paradox—the now and the not-yet, suffering and hope, darkness and light. In a small circle, I saw the self-portrait of the famously tormented artist, Vincent Van Gogh, shortly after he mutilated his own ear. His expression is melancholy and haunted. Over against this smaller image, stretched all the way across the page, is the celebrated painting that everyone knows, “The Starry Night.” Van Gogh painted it while he was a patient in a mental hospital.

Although this painting has been somewhat trivialized—you see it everywhere on coffee mugs and paper napkins—the combination that I saw electrified me. Looking at the self-portrait, we surmise that Van Gogh is struggling against dark forces that will eventually drive him to suicide. But above him is the celestial realm, visually magnified so that it dwarfs the village scene below. The heavens above are eternal; the trees and houses below are, as Paul tells us, part of “the form of this world” that is “passing away” (1 Cor. 7:31).

An art critic once wrote that in “The Starry Night,” Van Gogh has brought heaven down to the village. But the Scripture reveals that in Christ, it is God himself who has brought heaven down to the village. The angel Gabriel announces that the Messiah will come “to save his people,” not from the Babylonians but from ourselves. He has come “to save his people from their sins” (Matt 1:21). Only God can make this movement from heaven to earth—the first coming of Christ. The Second Coming, in the future, is depicted in the Book of Revelation as the City of God “coming down out of heaven.” It is the creation of “a new heaven and a new earth” (Rev 21:1–2).

This Advent, many of you will attend church appearing well dressed, well fed, and well mannered. But there have been terrible events among you: cancer, untimely deaths, alcoholism, drug addiction, suicides. You can see this in the self-portrait of Van Gogh, who was tortured by mental darkness and took his own life. Advent tells us to look directly into the darkness and name it for what it is.

It is a dark time in our country, as well. But this is not the end of the story. The upper lights are burning. We cannot see them with our earthly human retinas but we can see them in faith and in hope. The unseen power of the heavens is overhead. Our part is to keep the lower lights burning. Here is the passage from Luke again, the full passage this time:

There will be signs in sun and moon and stars, and upon the earth distress of nations... men fainting with fear and with foreboding of what is coming on the world; for the powers of the heavens will be shaken.

And then they will see the Son of Man coming in a cloud with power and great glory.

Now when these things begin to take place, look up and raise your heads,

Fleming Rutledge is an Episcopal priest and a bestselling author. This article is adapted from a recent sermon given at Trinity Episcopal Cathedral in Columbia, South Carolina.