We often assume that loneliness and dissatisfaction are symptoms of spiritual failure. But what if they’re signs of healthy faith?
Amy Simpson 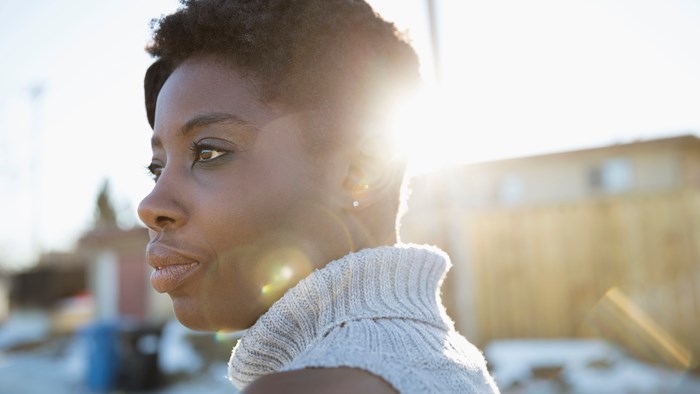 TV preachers like Kenneth Copeland tell us what we often want to hear: “God intends for you to be satisfied in every area of your life.” Christian teacher Joyce Meyer presents a similar formula for Christian living: “God cares about everything about you and everything that concerns you. He wants to be good to you and He will never disappoint you. Give Him all of your heart and put all of your hope and expectation in Him. You can have true contentment and satisfaction in Christ!”

Many people interpret these promises to mean getting what they want. But getting what we want doesn’t deliver what we think it will. Open a search engine and type “It didn’t make me happy” and you’ll find stories of people getting married or divorced, having a family, finding and losing jobs, converting to one religion or another, and gaining and losing weight.

In other words, happiness is a moving target. The stories we hear of miserable lottery winners are about people who bought tickets because they thought winning would make their lives better. Like so many of us, they have discovered a decidedly biblical truth: The places we seek satisfaction often fail to provide it. In fact, they can leave us more miserable.

While most Christians freely embrace the idea that the world doesn’t satisfy, many believe the remedy is to find contentment in a relationship with Christ. As long as we are in relationship with Jesus, he will fill that “God-shaped hole” inside us, and once that hole is filled, we will no longer ache with desire or longing.

The trouble is, while knowing and following Jesus has its priceless rewards and eventually leads to fulfillment, it won’t fully deliver on this promise now. Sometimes obedience makes a person miserable. Sometimes it leads to suffering or even death. Yes, a relationship with God can bring comfort, peace, and even joy in hard circumstances. But it may not bring satisfaction or happiness—at least in complete and lasting form.

My own life lends an example.

For most of my childhood, my family was living on public assistance, food pantry fare, government cheese, and the discounted bread that had passed its expiration date. I believed that if only I had what other people had, my spiritual and emotional hunger would be quelled. My mother was ill and dependent on me and my siblings, and I thought that if only I had a normal family, I would no longer thirst for a more fulfilling life. I lived in the country, then in the city, in decidedly ordinary and overlooked places. I dreamed that if I could go to the exciting and glamorous places or become one of the suburban folks I envied, I would feel like I belonged in this world.

I got some of what I wanted. I went to college, got married, became a professional, earned an adequate income, experienced some success. I became a mother myself, had some adventures, even moved to the suburbs. I went to counseling, did some hard work to heal from the hardships of my youth, and wrote a book sharing my family’s story, which God turned into a ministry to others like us. I studied the Bible, spent a lot of time in prayer, and served in the church.

These years later, however, I’m still not satisfied—not by my life’s circumstances and not by my relationship with God. Does it mean something is wrong with me, or that my faith is weaker than the faith of the people around me who claim they are satisfied? Or might it mean things are as they should be? Which one is it?

Even well-respected teachers like Oswald Chambers lead me to expect something I don’t believe God delivers in this life. In his widely beloved devotional My Utmost for His Highest, Chambers tells us at the beginning of the year that, “When once we get intimate with Jesus we are never lonely.” He goes on to say, “The saint who is intimate with Jesus will never leave impressions of himself ... because the last abyss of his nature has been satisfied by Jesus.”

My own experience runs contra to this claim. While I have a long way to go (and a deep longing to go there), I am intimate with Jesus, and after walking with him for more than 40 years, I still feel lonely at times. Sometimes I am unsatisfied not only with my ability to reflect Jesus but also with the very quality of my intimacy with him. I strongly suspect that the abyss of my nature has not been entirely satisfied by Jesus. I believe this lack of satisfaction is not a problem—beyond the human condition we hold in common—but rather an indication of spiritual vitality.

In other words, maybe we don’t feel truly satisfied because we aren’t. Maybe God doesn’t want to take away our longings yet. When we grow deeper in faith and closer to Jesus, we’re likely to find ourselves less—not more—satisfied with life here and now.

Scripture gives us evidence of these truths.

Consider just a few of the Old Testament prophets. On the heels of his great victory over the prophets of Baal on Mount Carmel, Elijah ran for his life, became depressed and suicidal, and complained to God (inaccurately) that he was the only faithful prophet left alive (1 Kings 19). Jeremiah, also known as “the weeping prophet,” wrote a book called Lamentations. He was hated, rejected, and persecuted for delivering the messages God called him to deliver, and he found himself bemoaning his prophetic calling and cursing the day he was born (Jer. 20).

Jonah was called out for a special job and in desperation tried to run away from God. After a time of deep repentance and prayer, he committed himself to God’s mission; then, when his preaching actually made his audience repent and turn toward God, Jonah was so discouraged he became suicidal. Oddly, that’s how Jonah stands as the book ends.

What about Jesus himself? Was he satisfied by his life in this world? “He was despised and rejected by mankind, a man of suffering, and familiar with pain” (Isa. 53:3). He wept over Jerusalem, matter-of-factly told a potential follower that following him would be no picnic, and lost his temper over corruption in the temple. When he faced death by crucifixion, he spent the night in prayer and told his disciples, “My soul is overwhelmed with sorrow to the point of death.”

Of course, we cannot experience what Jesus experienced. We’ll never understand what it meant for him to don human form with its limitations, pains, and sorrows. But like Jesus, we should be uncomfortable here. We should be unsatisfied by what we experience in this life. We were made for another world, and God wants his people to long for it.

As a promise of things to come, Christ gave us his Holy Spirit. Having this source of living water within makes us even thirstier for what the Holy Spirit offers. The 18th-century Baptist theologian John Gill understood this “now-not-yet” nature of faith. He wrote,

Thirsty persons are invited to take and drink of the water of life freely, and are pronounced blessed; and it is promised, that they shall be filled, or satisfied; yet not so in this life, that they shall never thirst or desire more; for as they need more grace, and it is promised them, they thirst after it, and desire it; and the more they taste and partake of it, the more they desire it.

Yes, someday our thirst will be fully quenched. Someday we will “never thirst.” But that day is not yet here.

This excerpt was adapted from Blessed Are the Unsatisfied: Finding Spiritual Freedom in an Imperfect World by Amy Simpson, releasing on February 13, 2018. ©2018 by Amy Simpson. Used by permission of InterVarsity Press, P.O. Box 1400, Downers Grove, IL 60515-1426. Simpson is a life & leadership coach, speaker, and author. You can find her at AmySimpson.com and on Twitter @aresimpson.