The church can offer hope to those who find it hard to love the body they’re in.
Nancy Pearcey 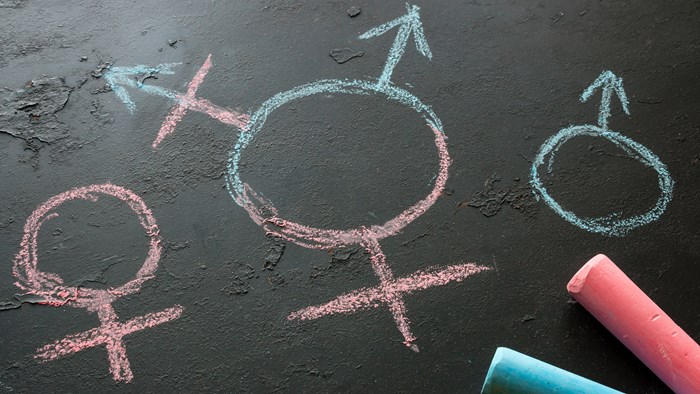 From the time Brandon was a toddler, he was what many call “gender nonconforming.” In preschool, while the boys roughhoused on one side of the room, he played with the little girls. By junior high, he felt sharply out of step with the prevailing John Wayne masculinity image. “I feel the way girls do, I am interested in things girls are,” he told his parents. “God should have made me a girl.”

By age 14, Brandon was scouring the internet for information on sex reassignment surgery. After extensive soul-searching, however, he concluded that it would not give him the results he wanted. “I realized that surgery would not turn me into a girl. It would not change my genes and chromosomes,” he told me. “A person is not a computer program that you can delete and redesign from scratch.”

Young people like Brandon live in a society that prompts them to question their psychosexual identity as never before. SOGI (sexual orientation and gender identity) laws—which increasingly affect schools, corporations, and even churches—are based on the assumption that a person can be born in the wrong body.

At the heart of the transgender narrative is the destructive idea that your mind can be “at war with your body.” It sets up an opposition between the body and the self, estranging people from their basic biological identities as male and female. Kids from kindergarten and up are being taught that their psychological identity has no connection to their physical self.

Nuriddeen Knight, a black woman writing for the Witherspoon Institute, says the transgender movement reminds her of a time, not so long ago, when light-skinned black people sometimes “passed” as white. She asks, Isn’t there a parallel when a man “passes” as a woman, or the reverse? In both cases, the underlying motive seems to be a form of self-hate: “A black person who wants to be white is practicing self-hate, and so is a man who wants to be a woman or a woman who wants to be a man.”

Jonah Mix was a gender nonconforming young man who spent years immersed in queer theory. He called himself non-binary and wore tights, eyeliner, and nail polish: “It was in those queer circles that I first heard the common admonition to never define a person by their body.”

Eventually, however, he realized that this view of identity actually reinforces rigid gender stereotypes. To discover whether you identify as a man, you must first define manhood. “If we are not men by our bodies, we are men by our actions,” Mix writes. Do you act stereotypically masculine? Then you must be a man. Do you behave in ways that are stereotypically feminine? You must be a woman.

By contrast, if you take your identity from your body, Mix says, you can engage in a range of diverse behaviors without threatening the security of your identity as a man or woman. “When we are defined by our bodies,” he writes, then “the whole width of human experience remains open. … There is freedom in the body.”

Mix discovered a fundamental truth: There is greater diversity and inclusivity when we anchor our psychosexual identity in the objective, scientifically knowable reality of our male or female biology.

Children, in particular, can be pressed into suffocatingly narrow gender definitions. Mason, one of my students who has struggled with being gender atypical, commented, “The irony is that it is precisely those rigid stereotypes that drive gender nonconforming young people into the arms of the transgender or gay communities” in their search for a sense of belonging and acceptance.

In fact, studies indicate that the strongest correlate of non-heterosexual behavior in adulthood is gender nonconforming behavior in childhood—including character traits like Brandon’s.

How should the church respond to the transgender movement? Sadly, Christians are often in reaction mode. As Mark Yarhouse notes in Understanding Gender Dysphoria, on one hand, there are churches that seek so hard to be inclusive and compassionate that they mirror secular views that are deconstructing sex and gender. On the other hand, some churches “overcorrect” by becoming stricter, narrower, and more rigid in enforcing sex roles.

We in the church should be at the forefront of recovering richer definitions of what it means to be a man or woman. We should be the first place where young people can find freedom from unbiblical stereotypes—the freedom to work out what it means to be created in God’s image as holistic and redeemed people.

We also need to “show hospitality to strangers” (Heb. 13:2)—to welcome those who are different and don’t fit in. The psychological suffering caused by gender dysphoria is real. The feeling of being in the “wrong” body is not something children choose, and in many cases, may have complex psychological roots. That means we need a pastoral approach that’s sensitive and compassionate.

A disjunction between one’s body and one’s sense of gender is, like all discordances, an effect of the fall. As Sam Allberry writes, “Sin causes profound alienation—first and foremost from God. … And we’re alienated from ourselves. What was meant to be whole and integrated—our mind, body, and spirit—is now deeply fractured. We don’t feel aligned in ourselves.”

To those who are fractured, the body of Christ offers a place to find hope and restoration.

As Brandon grew into a young man, he experienced this restoration. After he expressed feelings of gender dysphoria, his parents worked with him extensively to help him accept himself as a boy—just one who is unusually sensitive and emotional. They urged him to take his identity from his body, accepting the fact that physically, anatomically, physiologically, genetically, and chromosomally, he is male.

They took him through personality tests like the Myers-Briggs Type Indicator to show him that it’s perfectly acceptable for a man to be gentle and emotional. They told him repeatedly, “It’s not you that’s wrong; it’s the stereotypes that are wrong.”

They also pondered biblical examples like Esau and Jacob. Consider the contrast: Esau—the outdoorsman, the hunter, rough and hairy, the favorite of his father. Jacob—the quiet, gentle one who preferred the indoors (“content to stay at home among the tents” [Gen. 25:27]) and close to his mother. Yet Scripture never presents Jacob as any less masculine for having those traits. On the contrary, God honored him by making him a patriarch of the Hebrew nation, bestowing on him the name of Israel.

Because I knew Brandon personally, I witnessed firsthand the anguish and isolation he suffered because of his gender dysphoria. For many years, I was one of a few people who had the opportunity to stand by him, weep with him, ache for him, and pray for him.

As Yarhouse writes, “If you want a person [suffering from gender incongruence] to choose a path that seems more redemptive, you will want to be part of a redemptive community that facilitates that kind of decision making.”

The early church faced a similar challenge, surrounded by a culture where Gnosticism taught a low view of the body as a “prison” to be escaped from. Then and now, it is orthodox Christians who have a theological basis for defending a high view of the human body. The teleological view of nature found in Scripture provides a foundation for accepting the goodness of nature and affirming the value and dignity of God’s created order.

The biblical worldview grants value and dignity to our identity as male or female and invites a proper kind of self-love that comes from accepting God’s love. In that context, sexual dimorphism is not an evolutionary accident, nor is it an oppressive move by the dominant culture. It is a positive, healthy form of interdependence that speaks of our creation as social beings designed for loving, mutual interdependence in marriage, families, and communities.

Young adults, in particular, need to hear this message. I recently read an article by a 14-year-old girl who lived as a trans boy for three years, then de-transitioned to reclaim her identity as a girl. The turning point came when she realized that it’s okay “to learn to love your body.”

As Christians living in a tense cultural moment, we need to move beyond negative “Thou shalt not” scripts and instead reach out to people with a positive message. A culture that denigrates the body desperately needs the timeless truth of Scripture: that God loves us and made us for a purpose.

This excerpt was adapted from Nancy Pearcey’s recently released book, Love Thy Body: Answering Hard Questions about Life and Sexuality. Used by permission from Baker Books, a division of Baker Publishing Group, copyright January 2, 2018. Pearcey is the author of Total Truth and Finding Truth and a professor and scholar in residence at Houston Baptist University. She can be contacted via the Pearcey Report or at nancypearcey.com.