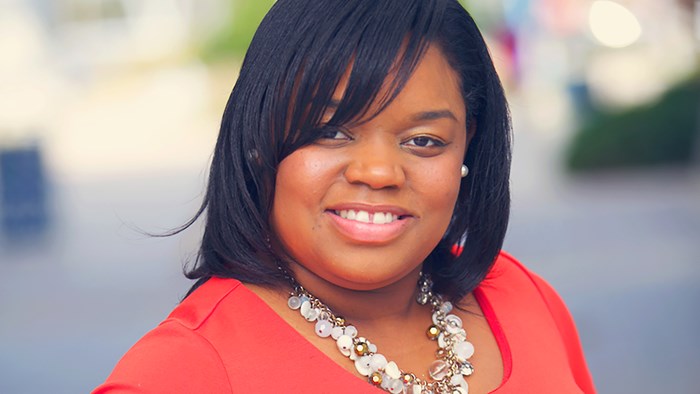 When Lisa Fields started college, she was a preacher’s kid who’d grown up inside of the church and never encountered opposition to her faith. That changed in her first New Testament class when she studied a textbook by Bart Ehrman, a professor of religious studies at the University of North Carolina, Chapel Hill, who argues against the inerrancy of Scripture.

“I’d been in church my whole life,” says Fields. “I was in a Christian bubble. I thought the class would be like Sunday school, I thought it was going to be an easy A, but I really struggled. Through that experience, my dad introduced me to Ravi Zacharias and that helped me start thinking critically about my faith.”

In the years since then, Fields has founded an organization called the Jude 3 Project, which uses apologetics to address the unique “intellectual struggles of Christians of African descent in the United States and abroad.” The organization offers lectures and seminars, training courses, podcast discussions, and a conversation forum called Courageous Conversations, which pairs black scholars and pastors trained in both conservative and progressive seminaries.

Fields is currently spearheading an event in St. Louis, Missouri, called African Americans in Theology, hosted in partnership with Covenant Theological Seminary. She’s also undertaking an apologetics tour that travels across the country to historically black Christian colleges and universities.

CT spoke recently with Fields about the first fruits of her project and why black suburbia is one of her main areas of outreach.

Why did you decide to specifically focus on African Americans?

I realized that all of the apologetics books I was reading were written by white men, with the exception of Ravi. I thought, “A lot of this material wouldn’t appeal to a lot of people in black churches because the illustrations aren’t relevant, and some of the issues aren’t as relevant. There needs to be a bridge builder.”

I wanted to see myself in that space, and that’s why I started this project for the African American community.

Christopher Brooks, author of Urban Apologetics, is working to bring apologetics to the urban black community in Detroit. How does your work align with his, and where does it differ?

Chris and I are dealing with some similar issues as far as cults and the black identity group Hebrew Israelites, but one of the things I try to highlight about the Jude 3 Project is that we don’t just do urban apologetics. When I go into white evangelical spaces and tell white people that I’m doing apologetics for black people, they immediately think “inner city” because they’ve pigeonholed black people. I’m a black girl who didn’t grow up in the inner city. I grew up in the suburbs of Jacksonville in a predominately black neighborhood. When people ask, “Do you know your dad?” my answer is, “Yeah. My parents have been married for 32 years. I grew up in a family unit. My grandparents have been married over 60 years.” I’ve seen wholeness in black spaces.

What are the unique challenges facing the black church today, and where does apologetics fit in?

Millenial retention. A lot of millennials are leaving religion because they feel like church is not relevant. Millenials are the most well-educated generation of African Americans, and as they’re becoming more educated, they’re asking different questions and being exposed to different ideas. In the ’60s and ’70s, many black churches thought classical apologetics was irrelevant to them because most black people weren’t questioning the existence of God and Christianity. But many in this generation are, and that’s in part why they’re going to the Hebrew Israelites and to syncretism.

What are the main objections to faith that you’re hearing from these black millennials?

I think identity is one of the main differences between black millennials’ and white milliennials’ questions. Black millennials see Christianity as something that was given to them by white evangelicals, and they have so many negative connotations with white evangelicals that they’re just rejecting it all. So I see a lot of black millennials across the socio-economic spectrum questioning “the white man’s religion.” Some people go toward radical black cults and others say, “I’m just spiritual.” There’s a lot of talk about “the universe.”

The hypocrisy of the church is also a real obstacle for many people, too. There’s hypocrisy within white churches and hypocrisy within black churches. Some are critical of religion being overly emotional and not having enough reason, and some are critical of the fact that when they do get more in-depth teaching, it’s usually done by whites. So it just depends on whom you’re asking. It also depends on the part of the country you’re in. That goes back to the importance of listening: You can’t talk to five millennials and think you have a handle on millennial issues.

It sounds like listening is key to your ministry.

No doubt you’ve heard some interesting testimonials. Give us an example of a conversation you had with someone that illustrates the impact you’re seeing.

I think some of the most encouraging stories come from our HBCU [Historically Black Colleges and Universities] tour. Myself, Sho Baraka, and Vince Bantu talked on the subject of “Is Christianity A White Man’s Religion?” At Southern University in Baton Rouge, we had a guy come up to the mic who used to be a minister. He told us that he’d walked away from faith because he didn’t know the rich history of Christianity in Africa before the transatlantic slave trade. In other words, the information we presented that night was new to him. He said, “I’ve had to rethink everything that I’ve walked away from because of this.”

Knowledge is power, and when people get ahold of real knowledge, it can undo misleading ideas and misleading scholarship.

What parts of your life and Christian walk have uniquely prepared you for this work?

I grew up in a nondenominational church that was more Pentecostal leaning, but not prosperity gospel or Oneness [a movement with Pentacostalism]. My dad was very much an expository preacher. Then I went to Liberty, which was a very different beast. That was the first time I was exposed to white evangelicalism and the first time I understood that Christians could be racist and say inappropriate things.

During seminary, I would sometimes go up to DC because I needed a mental break. I would attend Alfred Baptist Street Church, a prominent, historically black church in DC. I also attended the Academy of Preachers in Atlanta, Georgia, which is more of a mainline progressive project where they have students preach a message in front of their peers. I was probably the only conservative evangelical from a school like Liberty; I was introduced to Catholics, Episcopalians, Presbyterians, and Anglicans.

Those experiences were a catalyst for what I do right now, which is talking to people that some wouldn’t normally talk to. We talk to conservative scholars and progressive scholars and then bring them together through our Courageous Conversations project. Because I have relationships on both sides, I’m able to put all kinds of people in conversation with each other. I’m also able to not romanticize either black or white church spaces. If you leave one to run to the other, you’ll just be dealing with different problems.

How would you like to see the Jude 3 Project expand and bless others?

When I was in undergrad, I prayed that God would send reform to black church spaces, and I wanted to be part of it. Now I’m seeing that prayer being answered. Looking forward, I hope we’ll see more reform. I want to partner with a variety of black denominations to raise awareness of apologetics and help them change the culture in black churches. I have a goal of reaching every historically black college and university in the US. I hope Courageous Conversations, too, will be an annual event where we can build bridges in the African American church space.

I also want to promote black scholarship. I search out black PhDs. Because they’re often so immersed in their work, they’re not on social media and not getting their shine, so I try to seek them out. We have an event coming up in St. Louis where five, black, biblically minded and orthodox scholars with PhDs will be presenting their work. I’ll be moderating a conversation about African Americans and theology past, present, and future.

What can your unique approach to apologetics offer those operating outside the black community? In other words, what can they learn from your work?

I’ve been involved with white organizations that like the way we approach apologetics on our college tour and in response are changing their own approach. For example, they’re realizing that lecturing alone isn’t getting through, so they’re changing their method of communicating with students.

Social media is also changing apologetics. I’m apart of a leadership organization where I’m definitely the only black person among a group of white men, but in conversations with them, they’ve learned a lot from the way I use social media to engage with people. My emphasis is on conversation and not debate, because of the way culture is moving. Conversations help change culture.

Do you have a favorite apologist or book on apologetics?

My favorite apologist is Ravi Zacharias. I do some work with them now, and they’re a financial supporter for the Courageous Conversations event that’s happening in Chicago. My favorite apologetics book comes from J. Deotis Roberts, called Liberation and Reconciliation: A Black Theology. In my opinion, it’s foundational for a black apologist.

Tell us about your podcast, Brunch Culture.

It was an idea that came to me while I was going to DC on the weekends. In DC, black, young professionals are the most “brunchingest” people in the world; they discuss faith, family, and everything else over brunch. I’m more conservative theologically, depending on the topic; my friend Randall is more progressive, and so we decided to do a podcast for young professionals. On the podcast, we talk about everything from Blac Chyna to immigration reform. The program basically mimics conversations that we have over brunch in DC.

I picked the verse Jude 3 [which says “contend for the faith that was once for all entrusted to God’s holy people”] for a really shallow reason: I was thinking of a website and thought “contenders” would be a really cool graphic. I ended up not liking the graphic I had in mind, so we didn’t even use it, but the Lord knows it was really just about graphics.