What my recent accident taught me about repentance.
Karen Swallow Prior 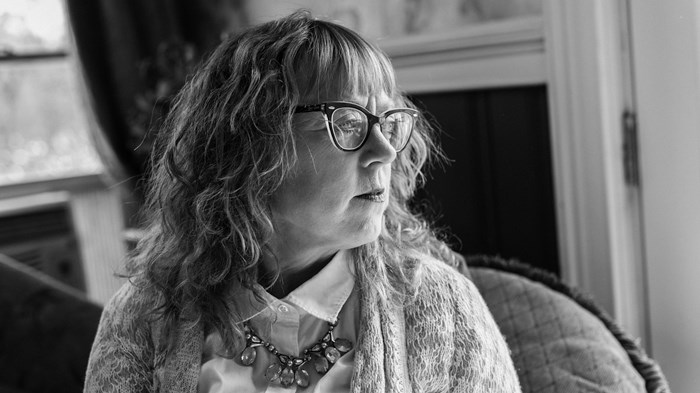 Surviving it requires the divine intervention of the creator. Even when it doesn’t kill you, it causes needless pain. And we can’t get out of its horrible consequences on our own.

I was away from home for work, on my way to a meeting and, having decided to walk the 20-minute distance on this beautiful, late spring morning, I lost my way. I decided to turn back to my hotel and take a cab from there.

I didn’t see the bus until it slammed against me. According to the police report, I was thrown 15 or 20 feet into the air. I don’t remember that flight or the landing that followed. I remember coming to with a crowd of people around me and my whole body in excruciating pain. I couldn’t see anything but the blood running from my head down my arm. I could hear two women saying they were nurses and giving instructions to the other Samaritans who’d come to my aid. I could hear a man who was holding my hand warmly and firmly and asking my name. When I gave it, he just kept saying, “Karen, don’t lose consciousness. Stay with us, Karen.” I was in such pain that I couldn’t stop screaming.

What remains in my memory most from those moments is the blood and the screaming and that man holding my hand. He held it the entire time while I was placed onto the stretcher and into the back of the ambulance. Just before the paramedics slid me all the way into that dark cave, he prayed for me. All I could manage to say was, “God bless you.” And I meant it.

Sin is like this in that, so often, it’s just a tiny step away from the standard. A split second error in judgment. A little thing, like paying too much attention to one thing and not enough to another. A way we go amiss in the course of trying to do what’s right and good, just as I was on the day I got hit.

Earlier that morning, the announcement had come that a long-revered, powerful leader in my church denomination had been removed from his post because of a long record of wrongs against women. But at the same time, he’d also been given a generous retirement package and a title of honor. Thousands of women in the denomination made a collective call to the leaders overseeing him—asking them to take a strong stand against such behavior—and because I was at the forefront of that outcry, I had been doing interviews late the night before and early that morning.

My focus was on doing right and calling others to do right, as well. I wonder now if being focused on these things is what led me to get lost on my walk that morning. Similarly, those in leadership (along with the rest of us) can, by focusing on one right thing, sacrifice countless other right things along the way. But to neglect other goods in the service of one other good is sin.

Sin is like this in that one small lapse can cause great damage. The split second in which I did not see the bus resulted in the breaking of my body and the torment of physical and emotional pain—damage that will take months to heal. Likewise, even small decisions by those in positions of power to look the other way, to fail to see or heed, can result in a multiplicity of brokenness in the church body—brokenness that, like the fractures in my body, must be tended to with great care, time, and skill in order to prevent deformity and malformation from setting in.

Sin is like this in the way its consequences roll like a small snowball into a heaving avalanche. The moment in which I failed to see the bus rendered profound costs for many other people: the members of the medical teams serving in the ambulance crew, emergency room, and the trauma unit; the other patients sharing space and resources in an overcrowded hospital; the witnesses to my accident, one of whom, a fellow believer, connected with me through the increasingly small world of social media and blessed me with her prayers, but who needs prayers herself because of what she and her husband saw that morning; the family and friends whose lives are directly impacted by the care, concern, and service they offer now out of their love for me. Even when the original error seems small and insignificant, sin’s toll is infinite.

And yet, the God of the universe doesn’t leave us alone in our own error. He offers help in the form of people made in his likeness, whether they be strangers who reflect the image of God by intervening out of compassion or brothers and sisters in Christ who serve as his hands and feet in our time of need.

God also intervenes through the person of Jesus Christ, who suffered on our behalf to remove our pain once and for all, not here on this old earth but in the new earth to come: a new earth where busy crosswalks will become streets of gold, where buses will be replaced by horse-drawn chariots, where medical personnel will make way for the Great Physician, and where every tear wrought by our own sin—and by those who have sinned against us—will be wiped away.

But to ignore our sin, to refuse to repent of it once it has been pointed out to us, is as disastrous as ignoring a massive bus bearing down on us.

Karen Swallow Prior is a professor of English at Liberty University and a research fellow with the Ethics and Religious Liberty Commission of the Southern Baptist Convention. She is the author of Booked: Literature in the Soul of Me and Fierce Convictions: The Extraordinary Life of Hannah More. Her latest book, On Reading Well: Finding the Good Life through Great Books (Brazos Press), is releasing this September.