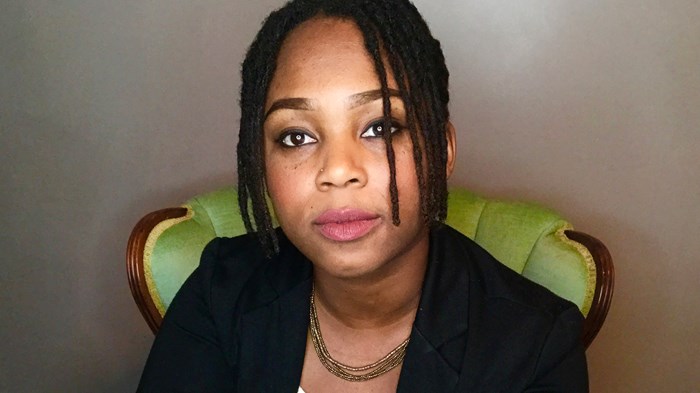 At times, the magnitude of suffering in the world can seem too much. In the past year alone, we’ve been confronted by headlines of gunmen massacring concert-goers, church members, and children; entertainment executives preying upon women; a sexual predator molesting upwards of 300 girls; and police officers violently responding to unarmed civilians—and these are just the stories that have made national news. In our personal lives, too, we sometimes see firsthand accounts of domestic violence, child abuse, and other traumas.

As the church, we’re called to mourn with those who mourn and comfort the afflicted, but it’s not always easy walking this journey alongside our friends and family. Hermeisha Hopson, a therapist and licensed social worker with a biblical counseling background, is intimately familiar with the work of coming alongside survivors. Hopson runs Refuge Counseling and Consulting Services in Jacksonville, North Carolina, and has over a decade of clinical experience with severe trauma victims.

She recently spoke with CT Women about how to equip churches, families, and individuals with a scripturally sound approach to trauma treatment.

How do you define trauma?

It’s any sort of disturbing experience that produces an overwhelming and unmanageable emotional response. Trauma covers a gamut of things—from a loss of a pet to the loss of a loved one to childhood sexual trauma. Often, folks struggle to concentrate, or they experience sleep problems and nightmares. These are cues that the situation has become unmanageable and that it’s not something that they can just bounce back from.

How did helping people suffering from trauma become a personal passion?

I’ve personally experienced sexual trauma and trauma within the body of Christ. Part of my desire to work with those suffering has come out of my own recovery. Today, my mission is to help the church become healthier. We have all of the truths of Christian orthodoxy, and those are transformative truths. Unfortunately, there is a disconnect between orthodoxy and orthopraxy and a lot of that has to do with our emotional health.

What catalyzed your own healing?

I sought out a therapist, she happened to be a believer, and she was clinically trained and biblically sound. (These types of qualities are sort of often hard to find! It’s like finding a unicorn when you find somebody that’s a believer and has the clinical training.) It was through therapy, as well as allowing the Holy Spirit and prayer to transform my heart, that I began to heal.

It seems like it was a huge step for you to decide to pray, especially if you were angry at God.

Just being able to acknowledge anger is difficult for a lot of us because we can run away from feeling any type of negative emotion and think that it’s sinful. But in Scripture, we see the Lord experiencing all kinds of emotions, including anger. What you do with those feelings is what the Lord is most concerned about.

Would you say that people “overcome” trauma? What is the right word there?

I use the word recovering because it’s not like a set point where you say, “Okay I’m healed; it’s done; it’s over with.” When you talk about trauma in your past, it’s not like your memory’s erased. You still have that memory. The way the Lord has wired our brains is that certain triggers can bring up those memories again. Recovery really looks like this: Am I managing some of the triggers or painful reminders in such a way that it’s not completely crushing me anymore?

A lot of folks come in for treatment and they’re just completely overwhelmed. They’re having panic attacks or nightmares. They’re responding out of rage and outburst. They’re suffering from bitterness and resentment. They’re being triggered with all sorts of stuff, and they don’t know how to end the cycle. My job is educating them about the definition of trauma, helping them understand that what they’ve gone through was traumatic, and then giving them a sense of self-awareness. The goal is to help them desensitize or reduce some of the impact of the trigger so that they’re able to respond and relate better in relationships as spouses and parents.

So the goal is to not shut down.

Right. You want to be able to de-escalate yourself, essentially. This takes self-awareness, work, consistency, and commitment. It also requires courage, because you’re facing some hard things from your past.

Victims are often abused by people who are really close to them—family members or family friends. As a result, sometimes there’s pressure on the victim to immediately forgive that individual. From your perspective as a counselor with a Christian worldview, where does forgiveness fit into this process?

We see throughout Scripture the Lord admonishing us to forgive others like we have been forgiven, but we haven’t always stewarded this concept well when we apply it to victims of abuse. When we jump too quickly to forgiveness, we haven’t necessarily acknowledged the survivor’s pain, and we end up dismissing the person.

The goal is to be gentle with that person’s heart. An example of an appropriate response would be: “I totally hear what you’re saying. I can’t believe how painful that was and that really hurts me. Where is your heart at in processing some of your pain? Are you at the point where you can accept what has happened to you and you’ve moved forward with laying that before the Lord? Are you allowing him to take that pain away from you as you know that your offender is ultimately responsible to the Lord?”

Forgiveness is a choice, but it’s also a supernatural heart change prompted by the Holy Spirit. It means responding with the heart disposition of Not my will Lord, yours be done. It’s moving from I want revenge, I want to repay, I want to see them suffer to Lord you take it, take my pain, take my agony and set me free. Your will be done. It’s recognizing that you are not excusing the offense, you’re not minimizing the harm, but you are choosing to lay it at the foot of the Cross.

Many people who end up traumatizing other people have been trauma survivors themselves. How do we think about generational sin and the sometimes-overlapping space of victim and perpetrator?

It’s true that many victims of sexual abuse often continue the pattern of abuse. However, they’re still personally responsible. Once you know that what you’ve gone through is not appropriate, you have to take ownership for your actions. It gets very sticky, especially when you’re dealing with minors, who often depend on adults to report these types of abuse. Government agencies, law enforcement, and other adults need to make sure that the right measures are taken to address these behaviors clinically, mentally, emotionally, and spiritually, in order to end the cycle of abuse.

In the body of Christ, we haven’t always done a good job of handling these situations. There’s a lot of miseducation or fear, especially when a son or my daughter has harmed another member of the family. I empathize with that. But we are called to steward the children under us and make sure we have a safe home, and that requires us to make hard choices.

How are you currently processing the #MeToo movement?

The creator of #MeToo was Tarana Burke. She initially created this movement with the focus on giving voice to the minorities in inner-city communities who didn’t have a voice. It was bred out of her experience as a camp counselor, when she heard a young girl say she was being sexually assaulted by her mom’s boyfriend. Burke later felt that although she wanted to, she couldn’t even bring herself to say “I’ve experienced that too. You’re not alone” or “me too.” That’s how the movement was really created.

Knowing the backstory is important because a lot of people of color go through these traumas on a daily basis, but their voices are not being heard as much as the majority.

I’ve read that women of color sometimes feel apprehensive about speaking out against men in their community because they’re afraid of reinforcing negative stereotypes.

How can local church communities and church leaders best come alongside those who have suffered from trauma?

The body of Christ needs to be educated about what trauma is and also needs tools on how to properly care for the wounded in their church. If you’re a church leader and someone who has been harmed comes to you, respond by saying, “I believe you,” or “It took a lot of courage for you to tell me that, and I’m grateful for that.” It’s important to meet the person where they’re at by not dismissing, shaming, and minimizing their pain just because it makes you uncomfortable. Our words have power to give life or death, to hinder or help.

What would you want someone who has experienced trauma to know about the incarnation and life of Jesus?

Jesus, the Lord God, understands your pain. We’re reminded of that in Scripture: “We do not have a High Priest who’s unable to empathize with us in our weakness.” If we’re talking to believers, we’ve got to remind each other of this truth, because when you’re in pain, you sometimes wonder: Where is the Lord? I don’t get a sense of him. Has he left me? But the Lord is there. He is with you in your pain. In fact, he knows all about pain and suffering.

For the nonbeliever, it’s the same thing really, even though they may not believe. God is just as close to them as he would be the believer. He’s close to the brokenhearted. The Lord can use suffering to reveal who he is to them, as well.

What does a biblically based, Christ-centered theology of trauma look like to you?

The things we are experiencing are evidence of a fallen and broken world. But the hope we have in Christ is that he understands. He even tells us to not be surprised about the trial, sorrows, and suffering. He’s going to be with us and will never leave us. The hope I offer my clients is that even though you’ve experienced an incredible amount of pain and suffering, the Lord is still with you and will see you through this pain, because he said in his Word he’ll never leave you or forsake you.

Join the conversation on Facebook
Tags:
AbuseForgivenessPsychologyRapeSuffering and Problem of Pain
Posted:June 6, 2018