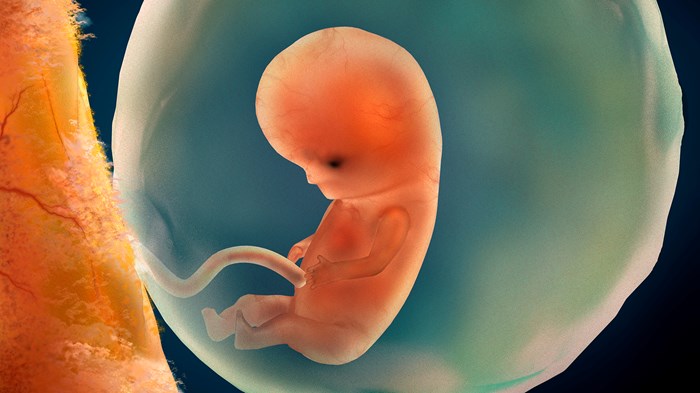 Sabu George, a Delhi-based researcher, has spent the past quarter-century exposing what he calls “the worst kind of violence” in Indian history—the elimination of millions of unborn girls. He regards it as nothing less than genocide and describes the first few months in the womb as “the riskiest part of a woman’s life cycle in India.”

For the last two decades, reports have consistently illustrated the extent of the problem. After investigators uncovered 400 pieces of bone believed to be of female fetuses, reporters gave graphic details: “Last September,” wrote Raekha Prasad and Randeep Ramesh in The Guardian, “remains of dozens of babies were exhumed from a pit outside an abortion clinic in Punjab. To dispose of the evidence, acid was used to melt the flesh and then the bones were hammered to smithereens.”

Although it’s easy to relegate this story to the remote regions of the developing world, India is representative of a global problem of epic proportion. In the year of the #MeToo movement, the practice of female feticide offers us a powerful depiction of the institutionalization of violence against women. Sex-selective abortions perpetrate violence against the most vulnerable, unseen victims. What emerges is an alarming picture of mass termination: prenatal offspring, aborted for no other reason than they happen to be female.

According to a study by The Lancet, the toll in India averages half a million fetuses each year, with some regions of India faring particularly badly. Although accurate figures are very difficult to compile, estimates suggest that “among the stock of women that could potentially be alive in India today, over 25 million are ‘missing.’” Not all of this loss is the result of abortion. Female babies who do not fall victim to prenatal selection and elimination are not guaranteed survival after birth. The evidence shows overwhelmingly that infanticide, the age-old method of eradicating girls, is still very common.

Female gendercide is perhaps the clearest statement of the low value and disposability of girls and women. According to J. Godwin Prem Singh, author of Milennium Development Goals, “the elimination of girl children, either through sex-selective abortion or infanticide, goes largely uncensored, undetected, unpunished and unmourned.” These procedures are now woven into the fabric of much of Indian culture, sitting menacingly alongside sexual violence, domestic abuse, and rape and anticipating the brutalities experienced by women in other contexts.

Selective abortion used to be seen as a problem of poverty—where parents of large families could not afford more children and aborted the less economically productive offspring—but evidence now indicates that it’s as much a problem of affluence. Educated parents plan their families and pay fees to clinics, radiologists, and doctors to identify the sex of their child. Cheap, portable ultrasound technology is widely available, and affluent in-laws pressure their daughters-in-law to give birth to sons. One survey, in fact, revealed that female feticide was highest among women with university degrees. Although some international development experts maintain that wealth and education will alleviate the social ills against women, in India, affluence has not challenged feticide. It has simply made it easier.

Development and globalization have increased personal wealth and decreased the average family size, but they have not erased traditional patriarchal values. Wealthier and better-educated Indians still want sons. This entrenched cultural preference is what drives sex-selective abortion in India: Boys are seen as of greater social and economic value to their birth families, while daughters, by contrast, become subject to their husbands’ families. Girls’ parents also supply the dowry. In India today, an educated, successful bridegroom comes at a high price, and that dowry cost might leave the girl’s family in debt for the rest of their lives.

Violence against women in the womb begets another kind of violence. As a result of India’s missing girls, a large cohort of men cannot marry, and as brides become scarce, the trafficking of women and girls increases. A Reuters report in 2017 identified an annual 25 percent rise in trafficked women and children in India. Most trafficked victims end up in domestic servitude, sex slavery, and enforced marriage. Sexual harassment is also common. National data published this year in India announced a spike in incidents of murder, abduction, rape, and dowry deaths. (India’s National Crime Records Bureau reported in 2017 that a young woman is killed every hour in India after family failure to meet ongoing dowry demands from her in-laws and husband.)

For K. S. Jacob, professor of psychiatry at the Christian Medical College of Vellore, India, “female foeticide and infanticide are just the tip of the iceberg; there is a whole set of subtle and blatant discriminatory practices against girls and women that are done under various pretexts.” In other words, violence begins in the womb but continues into female adulthood in ways that profoundly shape the larger culture.

India, of course, is not the only country that practices selective abortion. In China, when family size was limited by one-child policies between 1979 and 2015, most parents wanted a son. The resulting gender imbalance is profound: Men now outnumber women by 34 million in a population of 1.4 billion. Here, too, gendercide becomes fuel for human trafficking and prostitution, with girls brought in from Cambodia, Vietnam, and North Korea.

It’s easy to dismiss foreign cultures that exhibit “archaic” gender attitudes and lack an egalitarian legal base, but in fact, the problem is far more widespread. Violence against women happens on every continent and every culture. Even in the US, it often begins before birth. Sex-selection may not be prevalent in America, but as in India, it has increased with technological development, includes the wealthy, and brings a lucrative living for those who provide the services.

The US has been heralded as the world capital for preimplantation genetic diagnosis (PGD), the medical procedure that fertilizes eggs outside the womb and transfers the developed embryos into the uterus once the desired characteristics are identified. Originally, the purpose was to screen out embryos with a genetic disease, but it’s now used widely for sex selection. Americans from Indian and Chinese backgrounds use PGD in an attempt to ensure their offspring are male (98% choose boys) and other American parents use it to procure the sex of their choice. In either case, live embryos of the “wrong” sex are simply discarded.

Although overseas American clinics treat women from 150 other countries where sex-selection is banned, on US soil, neither federal nor state authorities regulate PGD for sex selection. By contrast, sex-selection is illegal in India, and although the law is poorly enforced, those involved in the abortion of girls have been prosecuted. In most European nations, including the UK, France, and Switzerland, strict human embryology laws prohibit the practice. Not so in the US. While some countries practice selective abortion due to ingrained cultural practices, others do it for “designer babies,” which is arguably just as reprehensible. The abortion of millions of healthy embryos might look less primitive and violent in the US than sex-selective abortion and infanticide in India, but the similarities remain. Moral boundaries cannot be eliminated by technology, however sanitized the process.

As Christians, we know that our human identity is made in the image of God, which means we must challenge the violation of other persons. Scripture admonishes us to respect the most vulnerable among us, so the fetus in the womb and the pregnant mother are therefore entitled to special care and concern. At the same time, our theology of sin alerts us to the problems of indifference, brutality, and greed. Across the globe, deep-seated cultural attitudes have merged with contemporary materialism to produce a system that can devalue, degrade, and control women in every stage of their development.

The gospels were written against a patriarchal background, yet in his many gentle encounters with women, Jesus rebuffs the attitudes prevalent in his culture. Accordingly, we need to be critical of what has often been normalized in our own culture, especially when it runs counter to a biblical pattern of equal human significance. Our Christian calling is to be both prophets and healers in a broken world, to hold cultures to account and bring redemptive change, along with hope and restoration to those who have been damaged.

We can partner with others in this effort. Activists all over the globe have founded organizations dedicated to eradicating violence against women and fighting sex-selective abortions. In India, for example, the activist Varsha Deshpande started an organization called Lek Ladki Abhiyan, which receives information through its hotline and enlists pregnant volunteers as decoys to collect evidence on doctors breaking the law. Their painstaking commitment has brought people to justice. Wonderful work is also being done in hundreds of homes throughout India, many of them Christian, where families care for abandoned newborn girls and those who survive late abortion attempts.

As we look to the future, civil society, educators, faith leaders, media, churches, and legislators need to join together in developing and implementing a greater vision of equality. Only when we value and cherish girls—especially at the beginnings of life—do we stand a chance of eradicating violence against women. Much more remains to be done in India, China, the US, and elsewhere. For now, it starts with recognizing the failure of two fundamental human rights: women being denied safety and girls being denied the basic right to be born.

Elaine Storkey is an academic, author, broadcaster, and former president of Tearfund, an international Christian aid organization. For ten years she worked with John Stott, directing the London Institute for Contemporary Christianity. She has taught in universities in the UK and overseas—including India, Haiti, Ethiopia, and the US—and is currently a senior member of Newnham College, Cambridge University.

Parts of this piece were adapted from Scars Across Humanity: Understanding and Overcoming Violence Against Women by Elaine Storkey. Copyright (c) 2018 by Elaine Storkey. Published by InterVarsity Press, Downers Grove, IL. www.ivpress.com.