God Called Me to Quit My Job. But Did I Trust Him Without a Paycheck?

A round-the-world research trip is teaching me the power of God's provision.
Anna Broadway 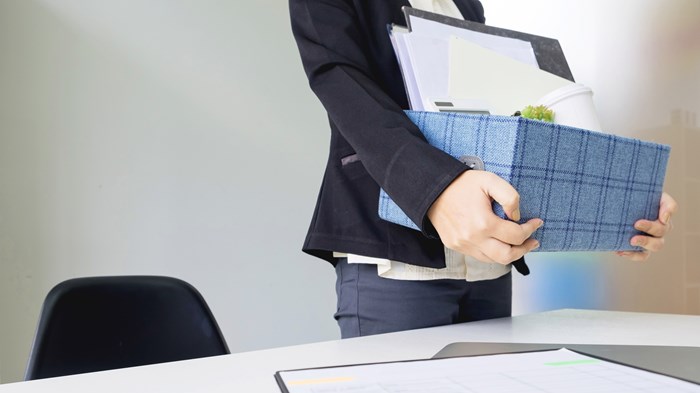 This past May, when I set out on a year-long trip to research singleness around the world, I was confident that I could keep financial disaster and worry at bay. I had modest savings, plans to keep my expenses lean, and hopes of finding freelance work to offset costs. I thought I wouldn’t need to ask that much of God. I thought I could trust him without really having to trust him. I thought I could follow him without leaving the boat.

But I didn’t reckon on the full train that stranded me in pricey Vienna one night or expensive rates for translation services. And I certainly didn’t expect the visa debacle in Ghana that cost me four missed, non-refundable flights—all without a visit or even one interview to show for it.

This trip wasn’t the first time I’d taken risks. I moved to New York City 16 years ago without a job, and four years later I did the same thing en route to California’s equally high-cost Bay Area. But I made both of those decisions with caution and did so in my 20s, a time when it seemed more permissible to ask big, even reckless, things of God.

On the verge of my 40th birthday, however, working without a strong and expansive security net seemed far more irresponsible. Shouldn’t a grown-up, mature Christian woman keep her needs low and ask God for as little as possible?

Throughout my 30s, I thought of God’s provision as something he largely imparted in the form of occasional gifts, like the job where I worked for a decade or the house where I lived for six years. Under this stability “contract,” God provided initial security and then I made it last as long as possible.

All that seemed pretty virtuous until a dinner conversation last year, when a new friend observed that I seemed quite committed to having control. (By that he meant, of course, the illusion of it.) His words unsettled me. Not only was it hard to face the possibility, but having it exposed probably meant that God planned to do something about it.

Not until this research trip, however, did I get a glimmer of how dramatically God might want me to upend my life. By the time I set out, I’d quit my job, sold some prized, high-end shoes (the rest weren’t worth much), and moved everything else into storage. The mainstays of my passions for music, cooking, and sewing: packed up. My beloved church and house communities: distanced to electronic updates. Routines of sleep, hygiene, and diet: all thrown into the maelstrom of international travel.

Once I actually set out on my pilgrimage, the scariest part was learning to trust God for provision week-by-week, sometimes even hour-by-hour. One Sunday in Spain, for example, I showed up at a new church dragging all my bags, because I’d had to leave my prior housing and didn’t know where I’d sleep that night. (I left the service with the key to one attendee’s apartment.)

For a while, these needs added drama to life, but God always seemed to come through.

Then things fell through and fell through again until I found myself stuck in Nigeria, racking up the cost of a failed attempt to visit one more West African country. All the old fears of God letting me down surged back to the forefront and squelched my trust in his love.

After all, who knows what that love will allow? Several weeks into my trip, I’d learned that a missionary family I knew from church—and had considered visiting—had been murdered on a camping trip in Georgia. Weeks later in Lagos, I interviewed widows who faced frequent food insecurity and a divorced mother who hadn’t eaten at all the day we spoke.

I’ve seen different forms of instability everywhere I’ve gone. In Romania, I traveled to the site of a revolution that happened within my lifetime. In Ukraine, I visited a church that provided sanctuary during the revolution four years ago and talked to people who lived through it. And across Europe and Africa, I’ve seen farms where families live off the land, staking their livelihoods on the vagaries of rain and favorable growing conditions. These places all force the same question: How can people who serve God in wartime, floods, or famine practice a faith that asks only now-and-then provision? My “faith of few requests” doesn’t fit cases where you need God daily, if not hourly.

More recently, I stayed with a Kenyan family that didn’t have a refrigerator. They could probably save up for one, as both spouses work for the government, but for now they’ve chosen to put their extra income toward supporting multiple children who weren’t born to them. So they cook and eat on a smaller scale, either reheating food every day to make sure it’s still safe to eat, or cooking small portions that the family consumes in one meal. They, too, lean on God for daily sustenance.

I’m now almost five months into my year-long trip. Week by week, I’m coming to see that if people like these all around the world can’t afford to maintain a faith that needs God only sometimes, then neither should I. In fact, to think I could need him so rarely entails a stubborn choice to forget key parts of the Bible.

When the Israelites needed food in the desert, God gave them daily manna. If they hoarded it for the next day, he made it spoil (except on the Sabbath). And in the New Testament, when Jesus addresses the question of food, he says, “Do not worry about your life, what you eat or drink. … Do not worry about tomorrow, for tomorrow will worry about itself. Each day has enough trouble of its own” (Matt. 6:25, 34).

For most of my comfortable life on this earth, I’ve believed that Jesus meant some of that passage more as metaphor than command. After all, who needs to worry about food tomorrow when you know that your fridge will keep leftovers edible for days (or, in the freezer, weeks)? And who needs to worry about what to drink when your city provides a steady flow of potable water dispensed from both home and public taps?

Initially, I had a hard time adjusting to the lack of basic amenities in less-developed cities—the water shut-offs, power cuts, pot-hole ridden roads, and even a thriving rat population in one house where I stayed. By now, however, I’m starting to see that, if I let it, this short-term lack of security can teach me greater dependence on God. The truth is, I take not one breath—let alone one bite—but that he provides it. How easily I forget that.

Early into the trip, I freaked out one night when I learned I couldn’t get a Eurail pass in time to spare me the $100 train ticket it would have covered. But as I sat there, trying not to panic, I seemed to hear God saying, “You’re on my expense account.”

Over time, that promise has made all the difference. After all, if I had an employer covering this research trip, I wouldn’t sweat the occasional not-quite-cheapest fare, and I wouldn’t freak out as much while failing to get a visa. Instead, I’d take these expenses in stride as part of trying my best for the boss. God is far more than a boss, of course. But if I’m asked to steward some of his resources in the service of work he calls me to, that changes everything. God is my supplier, and his resources are infinite to accomplish what he wills. Not all the comforts I want, perhaps, but what he wills.

And there’s the rub. I want refrigerators and Wi-Fi, flushable toilets and access to sewing machines. I want power so stable it seems like the sunlight and water that flows like the purest of mineral springs. But God wants my worship—and whatever he can do with my life. So I’m living on his expense account during this year of travel and research and doing my best not to worry what tomorrow brings or if it even comes.

Anna Broadway is the author of Sexless in the City and a contributor to several other books and publications. From 2018 to 2019, she is researching the global experience of singleness among Christians. Follow her travels at annabroadway.com

God Called Me to Quit My Job. But Did I Trust Him Without a Paycheck?