Our culture has abandoned a wealth of teaching on character formation. Let’s revive these lost arts.
Karen Swallow Prior 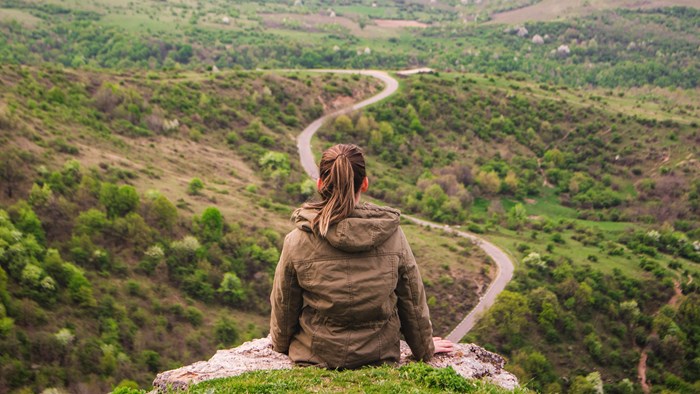 For the past several decades, American evangelicalism has been concerned about morality—and for good reason. Sexual promiscuity, pornography, abortion, divorce, materialism, racism, and countless other ills so permeate our culture—even among the churched—that they seem to be the rule rather than the exception.

But moral choices flow from moral character. Perhaps if we wish to reform morality, we should turn more attention to the formation of character.

Of course, everyone agrees that good character is a desirable thing. But “good character” today has been largely boiled down to being honest, hard-working, and sexually abstinent until marriage. Our culture, including the church, has abandoned a wealth of teaching about character formation that contributes not only to the flourishing of individuals but to the whole of society as well. It’s time to recover that ancient wisdom.

Sometimes Christians emphasize a rule-based or outcomes-based ethic, and although rules and outcomes can certainly be helpful in making ethical decisions, good character is a more essential and durable predictor of true virtue.

As I explain in my new book, On Reading Well: Finding the Good Life in Great Books, so-called “virtue ethics” began with the pagan Greek philosopher Aristotle, who studied the human qualities that help us to flourish. Aristotle could see the uniqueness in human beings—what we as Christians recognize as God’s image within us. Aristotle called the qualities that make people excel “human virtues.” Among the virtues he identified are justice, magnanimity, courage, temperance, friendship, and honorableness. He believed that these and other character qualities are the things that lead to human happiness or “the good life.”

The early church fathers found much biblical wisdom in the Greek philosopher’s teachings on virtue. After all, the Bible speaks extensively about virtue. Faith, hope, and love, which Paul writes about in 1 Corinthians 13, are referred to as the theological virtues. 2 Peter 1:5–7 instructs believers to diligently “add to your faith virtue, to virtue knowledge, to knowledge self-control, to self-control perseverance, to perseverance godliness, to godliness brotherly kindness, and to brotherly kindness love” (NKJV). The Book of Proverbs is full of wisdom about virtues. The fruit of the Spirit described in Galatians 5:22–23—love, joy, peace, forbearance, kindness, goodness, faithfulness, gentleness and self-control—are virtues, as well. All of these qualities constitute the marks of good Christian character, or virtue.

One of the most intriguing and insightful aspects of Aristotle’s philosophy is that virtue is a mean between two extremes—an extreme of excess and an extreme of deficiency, both of which are vices. For example, the virtue of generosity is the mean between the vice of miserliness (a deficiency of giving) and the vice of wastefulness (an excess of giving). Another example is that healthy self-regard—or humility—is a mark of good character because it means being truthful about oneself, which is a moderation between the extremes of esteeming oneself too little (deprecation) or overmuch (boasting). This idea of virtue as the mean between two extremes is captured in the King James translation of Philippians 4:5, which tells us to let our “moderation” be known to all.

Yet another example of a virtuous mean can be seen in the virtue of courage. Too little courage results in the vice of cowardice. Too much courage becomes rashness. Ample examples of both cowardice and rashness abound today. Knowing how to avoid either of these vices requires yet another virtue: prudence, which is the ability to know what good to pursue and what evil to avoid.

In the context of social media, we see many ways in which the lack of prudence produces false courage. People who desire to proclaim truth do so rashly, in ways that cause more harm than good. Or they fail to speak up when they should, which is cowardly. Most of us, myself included, are guilty of erring on one or both of these extremes more often than we would like to admit. The quick, easy, and wide platforms afforded us by social media make this an especially prevalent error today, and we often lack even the prudence required to recognize such a failing.

In today’s increasingly polarized climate, finding a mean between two extremes is an aspect of virtue that is especially pertinent. As I’ve said before, in the middle of the tension—the crux—is where truth and Jesus lie. It’s easier to drop our anchors on one bank or the other rather than navigate the storm-tossed waters in between, but good character is wrung from the trials of experience and practice, not hovering in the shallows.

How do we go about cultivating virtue? Through something we sorely need today: good habits. A person is not in possession of a virtue by exhibiting a trait now and then. It must be routinely practiced for it to be considered a virtue.

Many of the commands, obligations, and exhortations that the Bible places on believers require intentionality, practice, and habit. It is, as Aristotle says, “a working of the soul in the way of excellence.” Or, as Paul says, a working out of our salvation “with fear and trembling” in order to fulfill God’s “good purpose” (Phil. 2:12–13) the way that is most excellent.

So how do we go about acquiring the habits that lead to virtuous character? There are many ways. Reading great literary works can cultivate virtue. But virtue can be developed (or diminished) more commonly in our day-to-day interactions in our families and in our workplaces. Likewise, we are cultivating habits (whether good or bad) in how we treat church attendance and what we do when we go there. Our daily lives are filled with habits, many of which we don’t even recognize as such. Each of them is shaping our character, whether we realize it or not. Each habit is forming us into people who are more patient, kind, courageous, humble, just, chaste, and temperate—or less so.

Christians, of course, have more than our own strength to rely on in developing virtue. First, we have God’s Word to set standards for both our outward behavior and our inward attitudes. Second, we have the Holy Spirit to assist us. Third, we have the body of Christ, a community of fellow believers to spur one another on to good works (Heb. 10:24). We need not, as Aristotle envisioned, rely solely on human ability to achieve excellent character. In forming godly, virtuous character, we can rely on the God in whose image we are made and whose character we are called to reflect. But such character is also something we must pursue (1 Tim. 6:11).

Yet, we know that character is not enough. It may be sufficient, as Aristotle believed, for a good life here and now. But the best life—eternal life—is in Christ alone. His character is what makes our character matter. The essential mean—the perfect balance between justice and mercy, between truth and love—is found there in the center of the Cross.

Karen Swallow Prior is a professor of English at Liberty University and a research fellow with the Ethics and Religious Liberty Commission of the Southern Baptist Convention. She is the author of Booked: Literature in the Soul of Me and Fierce Convictions: The Extraordinary Life of Hannah More. Brazos Press recently released her latest book, On Reading Well: Finding the Good Life through Great Books.