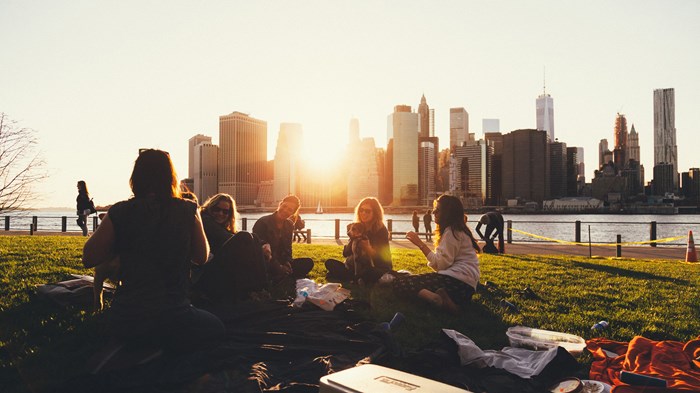 For evangelicals, the conversation about sexual purity in a libertine age is a perennial one. The purity culture of the ’90s, in particular, casts a long shadow and cycles through the public square on a regular basis. One of the architects of the movement, Joshua Harris, recently announced his departure from faith. As part of an ongoing “deconstruction process,” as he calls it, his rejection of Christian purity culture (a few years ago) was one of many steps that led—not causally but sequentially—to his rejection of faith itself.

The news left me feeling hollow. As I’ve watched Harris’ story unfold through the years, I’ve seen aspects of my own life mirrored in his. Yet while my story starts in a similar place, it travels in the opposite direction toward a reconstruction of faith. I, too, rejected purity culture but in its stead, I discovered a deeper commitment to the beautiful orthodoxy of Christian faith, a deeper appreciation of the doctrine of the Incarnation, and a deeper love of the church.

The story starts in my teen years. Along with a lot of other young men and women in evangelicalism, I was carried along by the tide of the purity movement and saw it as an expression of personal piety and devotion to faith. My actions, however, were almost entirely driven by future outcomes. In other words, I expected a marital relationship down the road, and I was afraid of ruining my chance at a perfect one. I took a vow to abstain from sex until marriage and wore a ring on the fourth finger of my left hand. When I started hanging out with a guy in high school, I refrained from holding hands with him, because I believed it was a short road from intertwining fingers to winding up in bed together.

At 19, I began my freshman year at Purdue University and came face to face with a diametrically opposed model: hook-up culture. I was a practicing evangelical Christian holding to a traditional sexual ethic while living on a campus committed to free sex. “Hooking up” and “friends with benefits” were common practices. On Sunday morning, while I walked to the dormitory lobby on my way to church, my dormmates would walk their boyfriends to the front door.

When friends arrived at class on Monday morning tired from a weekend of partying, I was distinctly aware that my heartfelt convictions about sex separated me from their group. I counted many of my classmates and dormmates as friends, and although they never mocked or ostracized me for my beliefs, nonetheless I felt a sense of otherness.

I had anticipated this loneliness in going to Purdue. But I hadn’t fully anticipated that my freshman year would be the loneliest of my life. Although I experienced the Lord’s comforting presence, and Sunday church services provided a sweet reprieve from the grind of college, I still longed for more community.

I hoped God would lessen my loneliness by giving me a boyfriend who would eventually become my husband, and I prayed toward that end. I’d meet a kind Christian man and wonder if he was “the one,” we’d get to know one another as friends and maybe even go out for a meal, but then before long, he’d stop communicating with me or express interest in another woman.

Amid these ups and downs of my romantic life, I found myself captivated by someone else: the bride of Christ. This realization came slowly over time. As my dating life floundered, I began to see that I’d traded one set of unbiblical views of sex for another. The purity culture that I’d embraced in high school was just as insufficient and empty as hook-up culture.

In retrospect, it’s hard to say how much of the problem lay with me and my still-ongoing maturation process and how much with the distortions of the larger purity movement. Regardless, both were in play, and I had a lot to sort out. With the support of my parents and through countless conversations with my college pastor and his wife, I started to sift the wheat from the chaff and spent a lot of time untangling the biblical nuggets of purity culture from poor exegesis and personal opinions.

I also began to study what the Bible said about marriage and sex in the context of the whole story of Scripture. What I found there was initially disheartening but ultimately liberating. There was no promise in Scripture that, if I just abided by a Christian sexual ethic, I would find a husband, marry him, and have kids with him. I was compelled to reckon with the fact that singleness was a very real possibility for life (not just a season) and that God called it good. And I discovered that Scripture called me to purity not as a means to a marital end but rather as an intrinsic good—an end in and of itself that was for my flourishing and well-being. I also realized that, even if I did marry, my obedience to God’s commands didn’t guarantee perfect sexual or marital bliss.

In the end, one central truth became clear to me. Both purity culture and the libertine culture of my college campus—even though they advocated very different behaviors—had the same exact problem: They centralized sex and romantic relationships and gave the impression that both are essential for true fulfillment. Both purity culture and hook-up culture told me that sex and romantic relationships would satisfy my loneliness. And to that, God said, “Not true. I have something better.”

In the immense loneliness of my freshman year, things began to shift not when I started dating a guy (which eventually led to a breakup) but rather when I started “doing life” with God’s people.

The Bible study I attended, which at first felt like “something to do on Wednesday,” became a staple in my week. When I returned to campus after Christmas break, a guy from that study invited me and a few others to his apartment to make and eat dinner together. Those dinners became a regular occurrence throughout the semester and a weekly tradition the following year. After he graduated, my roommate and I picked up the tradition and hosted people for dinner every Thursday night.

Those dinners were simply the fruit of the rich community I found among the people of God. We took the vision in Acts 4—of the early church worshiping together and living among one another—and considered what it might mean for us on a college campus in the 21st century.

During that time, I still hoped for marriage. But I wasn’t sitting around waiting for it to happen, and the desire no longer paralyzed me.

In her essay on the calling of childlessness, Karen Swallow Prior writes, “For many years, my desire was to be a mother. My desire now is to be the woman that God calls me to be. No more. And no less.” That’s the story of my young adult years. My deepest desire used to be the life that courtship promised me, but then a different desire took hold: I wanted to be the woman God called me to be, nothing more and nothing less. In college, I faced the fact that my calling might not include marriage. But my calling would always include loving and living among God’s people.

My life has changed since I started at Purdue University a decade ago. I’ve long since parted ways with purity culture, which was the prosperity gospel repackaged, as Katelyn Beaty writes. I’m now a woman on the brink of 30, married for five years with a seven-month-old daughter. I count my husband and daughter as two of the greatest blessings, and I give thanks for them. But they are not the prize of my life, nor are they a reward for my good behavior. They weren’t designed to bear the weight of knowing me and loving me the way I hope to be loved and known by those in my life. Only God can carry that burden.

Although it’s taken me years to learn this lesson, I know deeply that I am not so much holding onto my faith as it is holding on to me. And that “holding on” means pouring my life into the community of God and in turn allowing them to meet me, love me, work alongside me, and sit with me in the midst of hard and harrowing times. I am reminded day in and day out that although we don’t always have tidy answers, we have a Savior who enters our isolation and pain, sits with us in it, and promises to restore all things.

Although Harris is no longer a Christian, I still believe what he once believed: True love comes in the Incarnation, when Jesus entered our suffering world to make all things new. As I look to the naked, bloodied man on the cross, I see someone who loved me so much that he died in order that he might call me daughter. He never promised me marriage. But as he calls me his child, he ushers me into a new family—the body of Christ—that loves me and meets me in my deepest loneliness.

Abigail Murrish lives in Norwood, Ohio where she works for her church and curates the newsletter “Given Appetites.” You can subscribe to her newsletter and find her online at abigailmurrish.com.