The concerted effort to end abortion is much more diverse and holistic than it gets credit for.
Tish Harrison Warren 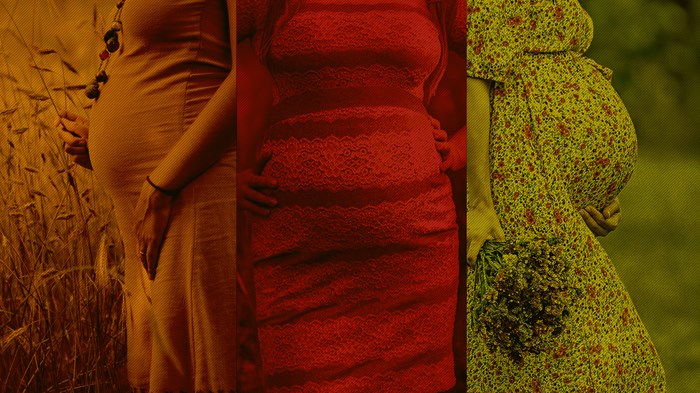 In any debate about abortion, someone will eventually say that pro-lifers only care about babies until birth or only care about children in the womb, not outside of it. The pro-choice advocacy group NARAL even uses this ubiquitous cliché in an ongoing public campaign that encourages supporters to share memes spotlighting “pro-life hypocrisy.”

However, to make the claim of “pro-life hypocrisy,” one must intentionally ignore vast swaths of the pro-life movement. There are millions of people globally who advocate for the unborn and also support women, children, and those in poverty. They include the religious and non-religious, gay and straight people, people of all races and ethnicities, and, yes, both men and women (in basically equal numbers). The accusation of “pro-life hypocrisy” centers one group of conservative, pro-life voices and dismisses a multiplicity of others.

This cliché distorts our picture of the pro-life movement and is often used to dismiss the larger moral argument that a person in utero is a human being who deserves legal protection. Its invocation allows pro-choice advocates to hold their opponents to abstracted standards of radicalism in order to sidestep substantive debate.

As I survey the pro-life landscape, I see many American pro-life organizations and institutions that seek to bless women and children outside the womb. To name but a few, Feminists for Life is dedicated to “systematically eliminating the root causes that drive women to abortion—primarily lack of practical resources and support—through holistic, woman-centered solutions.” The New Wave Feminists, who made headlines last year after being removed as formal sponsors from the Women’s March simply because they’re pro-life, are “anti-war, anti-death penalty, anti-torture” and “extend this philosophy to our earliest moments of existence by also being anti-abortion.”

Consistent Life Network brings together organizations and individuals committed to the protection of all of life, which they see as diminished and threatened by “war, abortion, poverty, racism, the death penalty, and euthanasia.” And Democrats for Life work to protect life—in the words of Representative Katrina Jackson—“from the womb to the tomb.” These are not just a few, aberrant pro-life individuals but rather entire organizations and institutions engaged in diverse types of advocacy and care.

Furthermore, the church offers deeply rooted theological systems that foster holistic pro-life commitments. Catholic social teaching, for one, and its many adherents—from Dorothy Day to Pope Francis to millions of people in pews all over the world—subscribe to the idea of a “ seamless garment of life.” And, of course, there are millions of pro-life individuals “putting their money where their mouth is” by supporting mothers as well as babies, adopting and fostering children (or aiding in adoption funding), or volunteering in countless other ways.

Nonetheless, this accusation of pro-life hypocrisy emerges—and will likely persist—in a context where neither political party has a consistently pro-life ethos and platform, and that is indeed worth lamenting and seeking to change. Put simply, the incessant charge of pro-life hypocrisy is certainly a caricature, and yet—on a political level—there is still much cause for concern and much work to be done. Many evangelicals (myself included) are calling for a consistent ethic of life in part because we see rampant inconsistency in contemporary politics.

Many (though not all) Republican leaders want to curtail abortions but don’t support paid family leave or expanded family health care coverage. They favor the death penalty and resist basic gun control laws. For someone seeking a consistent ethic of life, this is frustrating. But to conflate the pro-life movement with the GOP platform is massively over-simplistic.

Indeed, it is equally frustrating that the Democratic Party has a similarly mixed commitment to life. Pro-life Democratic Governor John Bel Edward’s first act in office was to sign an executive order to expand Medicaid, providing more than 450,000 of the state’s working poor with health-care coverage. He has advocated for adoption and for a statewide living wage. He has worked to increase maternal access to pre-natal and post-natal care. So when he recently signed Louisiana’s “heartbeat bill,” did those who decry “pro-life hypocrisy” stand to applaud Governor Edwards’s consistent commitment to children (before and after birth)? No, he was roundly condemned by NARAL and his own party leadership.

To be consistently pro-life in this moment of American history is therefore to be politically homeless.

And yet, we shouldn’t simply dismiss the pro-life movement as those who don’t care about women or children after birth. What we need is not a campaign calling out “pro-life hypocrisy” but one that calls leaders (and their followers) from both parties to consistently protect the weak. We can name and lament that neither party is consistently pro-life, but this is not the same thing as dismissing the pro-life movement altogether and impugning the motives and character of millions of people who are doing what they can to support mothers and babies, both before and after birth.

Let's put that cliché to rest. Because like all clichés, it obscures as much as it reveals.

Tish Harrison Warren is a priest in the Anglican Church in North America, a member of The Pelican Project, and the author of Liturgy of the Ordinary: Sacred Practices in Everyday Life.