When I found out about my daughter's condition, I felt the destruction of my plans and hopes. But this place of limitation also revealed God’s profound love.
Sarah C. Williams 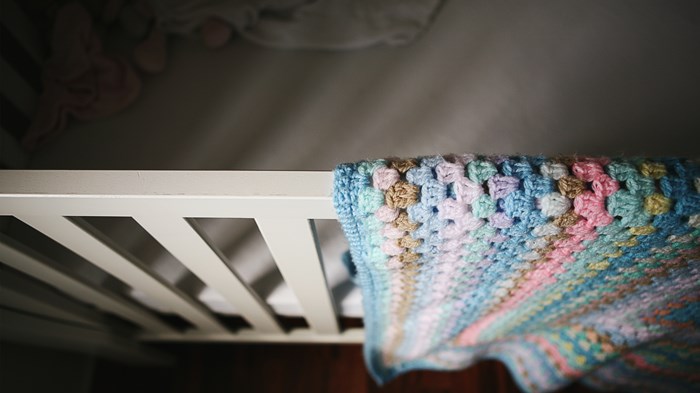 “How do you prepare for a birth and a death at once?” I asked a friend one morning in mid-July. “Can anything be more unnatural?”

Two months before, I had sat in a medical office listening to a doctor. His voice was unduly loud, as if he were speaking to a general audience. “Thanatophoric dysplasia is best described as a form of severe dwarfism,” he said. “This particular chromosomal abnormality will result in death either immediately or soon after birth.”

At the next appointment, I made my intentions clear. “I want to carry the baby to term,” I said simply. The consultant took his glasses off and swung them to and fro between his thumb and forefinger. He did a poor job of masking his surprise. “Well, of course, there is no pressure to make the decision quickly,” he said. “You may need more time to consider.”

I had made my decision, but it meant great pain in the days to come. I wanted my child for myself. I wanted a baby to hold, a toddler to laugh with, a daughter to teach. I did not want a deformed baby and I certainly did not want a dead one. But God began to challenge me: What if the days ordained for her do not include a birthday?

During those early months, I meditated on the verse in Isaiah that says, “He grew up before him like a tender shoot” (Isa. 53:2). The passage refers to the Messiah who would come as the suffering servant to carry the sins of the world. But the “him” in this verse was a parent—a parent watching a child grow knowing that child would ultimately die. God was not asking me to do anything he had not already done himself. I pictured, then, the circle of unbreakable love that exists within and between the persons of the Trinity, and as I saw myself being drawn into that circle, I became less worried about how to love a dying baby and more concerned with following God in his love.

This image had two profound implications for me. First, I saw how God loved with complete self-giving. And second, I saw how that selfless love took away the dislocation of death. Death would change the way I could share love with my child, but it would not take away the love itself. In sum, I was struck with a Christian truth so fundamental that I had almost forgotten it: Death is transient in light of God’s eternal love.

The night of my daughter’s delivery, this truth rang true.

By 11 p.m. the pain in my back was excruciating. The contractions were regular and intense and with each one, the agony in my spine reduced me to the edge of blackout. But after an epidural, the pain began to abate for a while. The nurse was making her way toward the door when suddenly I asked her to check Cerian’s heartbeat. “Please, may I listen to the baby’s heart?”

“Are you sure you want to?” she said. I nodded.

There was no gallop this time. The sound was slow and faint. Cerian was going, and I knew it. The nurse left me, then, and it was at that moment that the presence of God came powerfully into the room. It was unlike anything I have ever experienced, before or since. Weighty, intimate, holy, the room was full of God. Everything inside me stilled; I hardly dared breathe. His presence was urgent and immediate, and I knew with certainty that God had come in his love to take a tiny deformed baby home to be with him. There would be no painful bone crushing for Cerian, as I had imagined, only the peaceful wonder of God’s enfolding presence. It was later confirmed that she did indeed die at that particular moment. She died just before the final stage of labor from a placental abruption, a painless death caused by the cutting off of the blood supply to her body.

I did not choose the encounter with death that night. I wanted a different outcome for my child, but in retrospect, perhaps it was this powerlessness that changed me so profoundly.

During the years since Cerian’s death, ideas of individual agency and choice have become even more deeply intertwined with our cultural understanding of personhood, sex, gender, conception, pregnancy, and birth; with the ways in which we perceive our bodies and appreciate beauty; and with aging, physical decay, and dying itself. We suffer the assumption that we can and will choose the timing of birth, the number of children we have, and even the gender and the genetic makeup of the child that we desire.

I, too, struggle with this desire for freedom and self-determination. Up until the diagnosis, the clamor of my wishes had made me a closed system centered on myself—my needs, flaws, and attributes. My life revolved around my reputation and achievements, my Oxford degrees and my place on the university faculty. I had become joyless, controlled, and predictable. I knew I had lost something deep and precious, but I didn’t know what it was, and the more I felt the lack of it, the harder I tried to find it through effort.

When I found out about Cerian’s deformity and made the decision to carry her to term, I felt the destruction of my plans and hopes. I felt limited. But it was in this place of limitation that God showed me the transience of human life and human death and by contrast, the eternal power of his love.

The Creator freely chose to limit himself, taking on the very nature of a servant, as it says in Philippians 2. He identified himself with the weak, the poor, and the vulnerable—even more so, he became all these things for us. On the cross, he took the full force of termination into his own body. He was disposed of by his culture. He did not avoid suffering; he embraced it. And in facing suffering and limitation he changed the meaning of it for all of us. He makes the promise of freedom without limitation hollow, love without cost meaningless. He calls weakness strength, death life, suboptimal life life in all its fullness, the things that are not the things that are, the things we discard valuable.

The sacrificial life of Christ points to a deep and difficult revelation that I am still trying to understand: that “love is as strong as death” and arguably stronger. As a result of this extraordinary love, we are able in our human limitation to point beyond ourselves to a God who is with us and will never leave us. And we are given the strength to set aside our own preferences and preoccupations for the sake of others—even our unborn children.

Sarah C. Williams taught history at the University of Oxford for seven years before moving with her family to Vancouver, Canada, where she taught at Regent College. Today she and her husband, Paul, again live near Oxford, where she continues her research, writing, and teaching.

Join the conversation on Facebook
Tags:
DeathLoveParentingPregnancySuffering and Problem of Pain
Posted:March 19, 2019