Loving across our differences requires the power of paradox.
Jen Pollock Michel 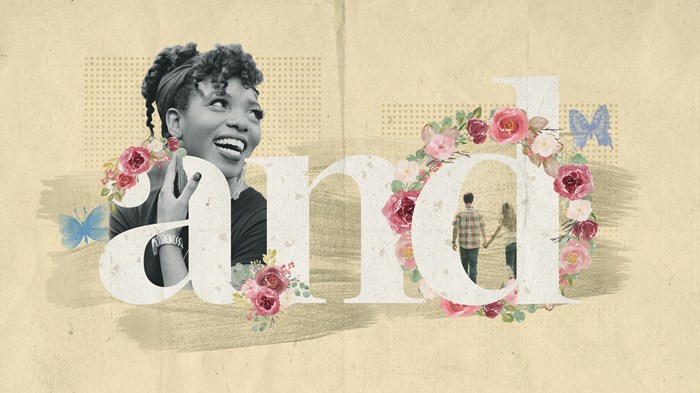 “You and Ryan seemed tired Friday,” my friend Janey said when she saw me at church. “Everything okay?” We had been to their house for a Christmas party two days earlier.

“Oh, we weren’t tired,” I said, laughing. “We were fighting.” The sky had been falling in thick flakes that Friday, the city roads a congested crawl under a whitened sky. A few more stolen moments in the car alone had afforded us just enough time for an argument.

“When are you taking your vacation days?” I had asked Ryan a few days earlier. It wasn’t exactly his answer that I had been brooding about for days and finally took up on the way to Janey’s. He did, in fact, plan to catch up while the office was quiet over the Christmas holidays. Instead, it was more that he hadn’t asked me the same question, carelessly presuming that I had no pressing deadlines.

In the middle years of our marriage, we have often encountered this recurrent place of tension—how to share domestic responsibility and how to support each others’ professional ambitions. It’s a lot of muddled, messy work, trying to figure out whose needs are being met and whose are not, especially when you try doing it on the way to a dinner party.

Marriage is often held up as a model of Christian sacrifice—and of course, there’s truth in that. In Christian marriage, we choose to love, serve, and submit to one another, even on the days that wring us out bone-tired. But Christian marriage isn’t built on mute self-sacrifice alone. Our wedding vows don’t simply bind us to politeness; they also bind us to courage. In the midst of this tension, we find deep virtue in one little word: and.

The early church offers us a model for how to love each other well in the midst of our differences—how to find those and spaces when we can imagine only either and or. When the contradictions of Jew and Gentile were joined together in the holy matrimony of Christ’s body, God was reconciling tremendous difference for the sake of unity in his new kingdom of priests. How were these people to eat dinner together, much less share a common faith? There were very practical questions to resolve when the Gentiles were grafted into the people of God: Did they need to be circumcised and keep kosher?

When Peter stood in the assembly of God’s people, he was clear to commend grace, not law-keeping, as the basis for salvation: “We believe that we will be saved through the grace of the Lord Jesus.”

But grace didn’t settle the matter entirely. The church kept insisting on and: Exercise your freedom and love your brother. Obey your own conscience and “pursue what makes for peace and for mutual upbuilding.” There was liberty in Christ to eat freely and gratefully, and there was also the constraining obligation to love. “If your brother is grieved by what you eat, you are no longer walking in love” (Rom. 14:15). This little three-letter word and had the power to bind together a church that might easily have been polarized by their food preferences and their festal calendars.

As the apostle Paul outlines in Romans 14, and allows us to be attentive to both belonging and belief. In fact, Paul deliberately withholds arbitrating some of the debates of his day (Do we eat meat or merely vegetables? Do we observe the Sabbath or esteem every day alike?) and insists instead on this: that our brothers and sisters are worthy of honor, and that each of us will stand before the judgment seat of God. “Do not, for the sake of food, destroy the work of God,” he writes.

Of course, I am not dismissing that either and or are God’s words, too. As philosopher Isaiah Berlin has written, “I am not a relativist. I do not say, ‘I like my coffee with milk and you like it without. I am in favor of kindness and you prefer concentration camps.’” Scripture’s revelation is often less murky than we wish, especially for deciding many contemporary ethical issues at the center of fierce public debate. God is not afraid to pronounce, “Thou shalt” and “Thou shalt not.”

Nonetheless, faith doesn’t always divide the world into two clean halves of right and wrong, and although God is Lord of either and or, the paradox of the incarnation reminds us that he’s also the author of both and and. “The thought of incarnation is stupendous,” writes theologian John Murray. “For it means the conjunction in one person of all that belongs to godhead and all that belongs to manhood.”

To clothe himself with flesh, God himself has practiced what seems to be an eternal contradiction called love. In Jesus, God did not set aside his godhood to assume the liabilities of human flesh. He did not, as it were, turn in his “God” badge at the door of the Milky Way. Instead, the I Am assumed humanity as a second nature while remaining fully God: God and man, man and God.

For believers, this word and illuminates not only our abstract understanding of the incarnation but also what it means for us to live into its truth, day in and day out. When I encounter places of seeming paralysis in my own life—when either and or seem to bind my hands—I have to rediscover that God, infinitely creative in his own nature, is suggesting infinitely more creative possibilities than I can consider. I have to surrender my straitjacketed imagination and, in the midst of marital differences and other difficulties, look for the love of the great I AND.

Jen Pollock Michel is the award-winning author of Teach Us to Want and Keeping Place. Her third book, Surprised by Paradox, releases on May 14. She lives with her husband and their five children in Toronto. You can follow Jen on Twitter.