Suffering and ministry turmoil left me devastated. Jesus met me there.
Teresa Ku-Borden 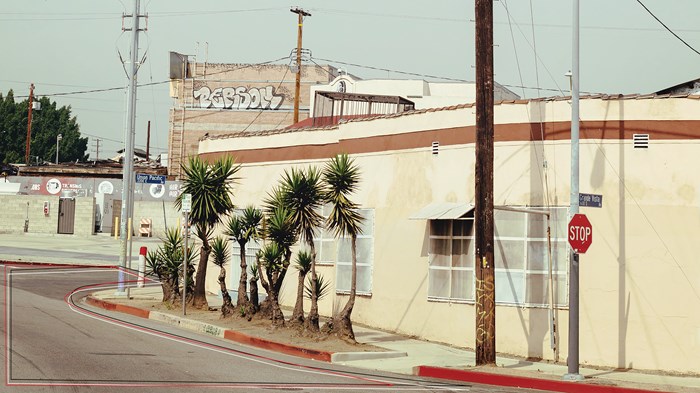 The week I became a mother was the most beautiful and terrifying week of my life. On my son’s second day of life, my husband I were told that he had a rare form of jaundice, possibly caused by a congenital defect of the liver. One early morning as he was getting his blood drawn, I was shaken as I watched his tiny arms flail. Muffled by the clear incubator walls, his screams shattered my heart. All I wanted to do was hold him and take away all of his pain.

Seven years before having a child, my husband, Ryan, and I lived in a small, mostly Latino community just a few miles northwest of East Los Angeles. Neither of us would have thought that we would make East Los Angeles our home. But during an urban ministry project, our visions and plans for our lives began to shift. We were inspired by ministers and followers of Jesus who relocated from more comfortable middle- and upper-class communities into neighborhoods of poverty to live in solidarity with people who were different from them. We had the same hope and intention.

Ryan and I became part of a church-planting team in Lincoln Heights. Ryan started the high school ministry, and I started the path to becoming a physician. After some ministry mishaps and failures, the youth group began to thrive. Our youth opened their hearts and their lives to us, and we connected with them. We invited them into relationships with Jesus and did our best to nurture any spiritual hunger we encountered. We felt a sense of purpose as 20-something newlyweds who were seeking to live out what we understood of God’s calling on our lives. When it came time to move for my upcoming medical residency, it was difficult to say goodbye to this group of hungry and humble students.

After four years of residency and my fellowship, we felt called to return to East Los Angeles. I was now pregnant, and we planned to pick up where we’d left off—to raise our child in this community that we loved. I looked forward to the next chapter of my life with hopeful anticipation.

I look back now on those well-thought-out, idyllic plans, and I smile wistfully to myself. I had based all those plans on my ideals and assumptions—that our son would be healthy, that we would be able to take him along to do ministry with us, and that our lives would continue to have the same sense of calling, purpose, and fulfillment.

But our son was not healthy. Adam was diagnosed with biliary atresia, a congenital and progressive defect of the liver. We didn’t know how long he would remain healthy before his liver would fail and he’d need a transplant.

A Season of Suffering

When we returned to our community and the small urban church we had helped to start, we were warmly welcomed back. But we quickly realized we had no capacity to do any ministry. We ourselves needed significant support as parents of a medically fragile child who was hospitalized nine times in the first 18 months of his life. We had never felt more isolated and alone. We were paralyzed by the trauma of having a very sick child, and we were exhausted. Was the Lord forgetting how faithful my husband and I had been to the ministry? The sacrifices we’d made? The ideals and assumptions I had about following Jesus as a naïve 25-year-old had completely broken down.

As we began to open up about our suffering in this season, our friends—especially the youth we had invested in—began opening up about theirs. They not only shared stories of trauma from childhood and of anger about the inequality in their education and upbringing, but they also began to share their frustration and bitterness toward Ryan and me from when we had mentored them as teenagers. They felt that we had operated out of a project mentality, rather than from a genuine desire to get to know them as people, as though we were using their community and doing ministry there to feel better about ourselves. It became clear to us that even as we had earnestly tried to serve our young adult friends, there had been times when we had also hurt them deeply.

When we listened to them, we felt a mixture of emotions. To be entrusted with their honest reflections was a privilege and a devastation. Even though it was painful to hear, we also knew it was a sacred gift to be invited into these depths.

The way we’d learned how to do ministry seemed to have backfired, causing more pain and distrust. I began to question my role and calling in this ministry context. The inner turmoil, the questions, the collision and intersection of my identities as mother, physician, and Chinese American woman—was it worth the cost? Had all of our “hard work” been for nothing? Did we even belong here? How could God have been in all of this?

After six months of no hospital visits—a virtual miracle for our family—our son was hospitalized once again. His liver disease was worsening. I sobbed into the pillow as I held my two-year-old. I felt betrayed and abandoned by God.

Much like the two travelers on the road to Emmaus in Luke 24:13–35, we too had our expectations and hopes of what Jesus could do in our lives and ministry. We dreamt of producing and witnessing the fruit of our hard work and perseverance. This Jesus, who had performed miracles and overturned the tables of the status quo, who preached freedom for the captives and sight for the blind, he would be the one who would transform our urban communities. He would be the one to heal my son. He would make everything better. And we would cheer him on from the sidelines. Little did we know how disappointed and devastated we would be.

This Jesus—the one in whom the travelers had put their hope—was killed. They thought he had left them to face their world and problems alone. Their hopes were crushed. And the weight of their disappointment and grief was like a shroud covering their eyes, keeping them from recognizing him. Where was Jesus in their disappointment? Just like the early followers, we also questioned, Where was Jesus in our darkest moments?

This mystery companion on the road to Emmaus engaged with the travelers in their pain and disappointment. Their hearts burned while he was with them, but they did not know it until he performed the very gesture that caused their grief in the first place—the breaking of the bread, the breaking of his body. In this beautiful yet devastating act, their eyes were opened. It wasn’t until then that they realized he had been with them the whole time they were on the road.

In the hospital room that night, my muffled cries into the pillow turned into a deeper grief over an incomplete, fragmented understanding of the living God. For two and a half years, I had longed for God to be Healer, to fix my son’s liver. But he wasn’t healed; he was getting worse. I needed God to be more than a Healer. I needed him to be with me in my pain, to be present in all things, to be Emmanuel, God with me. Then, somehow, through my tears, I realized Emmanuel, God with us, is the gospel—the fullness of the living God.

In my 20s, I found it much easier to trust in formulaic stories with happy endings and pithy verses from Scripture than to hear the raw and honest tales of the difficulties and failures of ministry. How many testimonies have I heard about some missionary giving up the comforts of life or undergoing some kind of suffering, whether or not it was the result of her choice, and then experiencing complete relief and faithful ministry?

But not all stories end this way. Many go to the mission field with aspirations and dreams of changing the world or serving those on the margins, only to come back earlier than expected because of personal reasons, team difficulties, or unforeseen circumstances.

No one wants to hear about the “failed” attempts at ministry, unreconciled differences among teammates, or the emotional and mental exhaustion from living in a foreign place. And yet these stories matter, and without them we can miss the complexity of what God is doing in the world.

I used to think if I would trust in Jesus and give my life to him, seeking his kingdom first, that God would grant me the desires of my heart. I believed that life with God meant paying some manageable costs in ministry, and as a result, experiencing an otherwise problem-free life. But with this view, there was no place for the suffering present in our world, in my own life, and in my friends’ lives. There was no place for the sometimes unexplainable, unjust, unexpected long-suffering that Jesus himself experienced and promises to walk us through.

He is Emmanuel. He is with me; he is with us. I am learning to feel the moments when my heart is burning within me so that I can recognize his presence while we are on the road. I trust that God is still holding the larger story of our family, and our home, just as he is holding the stories and struggles within the broader home we all have here in East Los Angeles. While there may be pain and heartache and misunderstanding as any of us journey together, we can hold onto an ever-present hope: the promise of Emmanuel, our God who walks with us.

Teresa Ku-Borden is a family physician. She lives with her family in East Los Angeles and leads a small group at New Life Community Church.

This article is adapted, with permission, from the chapter “Emmanuel, God With Us” in the multi-author book Voices Rising: Women of Color Finding & Restoring Hope in the City (Servant Partners Press). More information about this book can be found at www.servantpartnerspress.org/voicesrising.