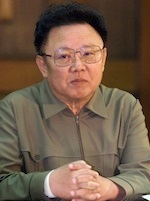 Late yesterday, we learned word of the death of North Korean dictator Kim Jong Il. He was the brutal dictator of one of the most evil and oppressive regimes on the planet.

George W. Bush included North Korea in his infamous statements regarding the "axis of evil." At the time, many scoffed at the term coined by speechwriter David Frum, however, it is an accurate depiction of the regimes that were mentioned.

To understand the enormity of evil that is in North Korea does not take much research. For example, as the people starve the regime lives in luxury and promotes a philosophy called Juche that puts man and the regime at the height of devotion. In the context of North Korea, juche is fostered as a religion. In fact, juche is classified by some as the tenth largest religion in the world with more followers than Judaism, Shintoism, and Scientology combined.

Mandated atheism has combined with statist worship in a cult of personality, leading to an incredible amount of persecution and debauchery in North Korea. For example, the joy brigades (where young girls are given in sexual slavery to party leaders), the randomkidnapping of Japanese citizens, and the massive imprisonment of Christians and others seen as dissidents are simply accepted as fact and reality in the North Korean culture.

With the death of Kim Jong Il, we stand at a key moment. This "worker's paradise" tends to simply pass on the leadership from father to son, from despot to despot. However there is hope for change. Christians in South Korea and around the world have been praying for a breakthrough on the Korean peninsula. What many do not know is that there is a vibrant and growing Christian community even in places we dare not mention on a public blog.

Please join me in praying for a change in leadership at this key moment and for protection of South Korea and the region. For it is at these times when things are most unstable.

It is also at these times when followers of a crumbling religion/philosophy such as juche look into the emptiness of their devotion. Here, the gospel can become the greatest of good news.

As for the political future of North Korea, BBC analyst Aiden Foster-Carter writes:

The death of Kim Jong-il is the ultimate moment of truth for North Korea. This strangest of regimes has survived for 20 years after most forms of communism elsewhere either perished or morphed into something more sensible. So we had best not underestimate its staying power.

Kim Jong-un inherits a poisoned chalice. This untried youth must now run a country both at odds with most of the world and oppressive of its long-suffering people - who may not obey forever, despite the remarkable scenes of publicly orchestrated grief which we are now witnessing.

Please pray with me for North Korea. 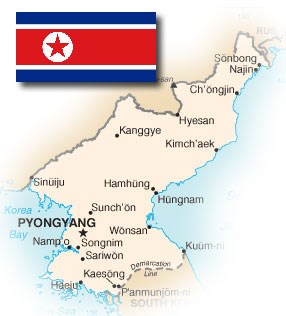 Join the conversation on Facebook
Tags:
None
Posted:
December 19, 2011