What Churches Should Avoid When Considering Construction
Ed Stetzer 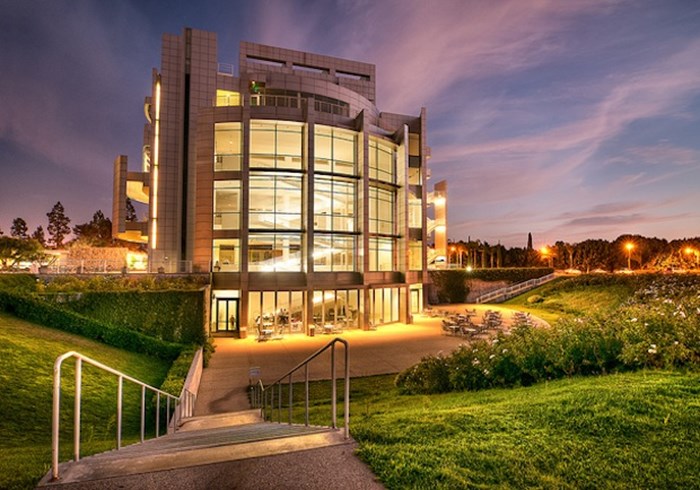 I am often invited to speak to a lot of different churches in a lot of different buildings. Some churches obviously put great care and thought into their building. It clearly reflects portions of their theology and serves to further their ministry goals. Others? Not so much.

So, with that in mind, what are some of the most common mistakes pastors make in church design and the building of facilities? In other words, what things should churches avoid when considering church construction?

Most of us have probably driven by a church with green windows and roof that looked like it was from The Brady Bunch. These churches built trendy in the 1970s and now they're regretting that. A photo slideshow of "The Ugliest Churches in the World" finds most of them went for a modern look that's not so modern anymore.

I think many churches are going to wish they had not built gigantic multi-thousand seat auditoriums.

But, even more than the aesthetic appeal of a church building, I think many churches are going to wish they had not built gigantic multi-thousand seat auditoriums, and many others will regret the quaint columns and brick building on the edge of town.

For example, before planting my current church, I served as an interim pastor for a church in Nashville with a 3,000-seat auditorium. Meeting with the staff before I left, we all agreed that if the church were started today, we would not build in the same way. However, the same can be true for several of the churches I've served through a church revitalization process. The building is no longer a help and they wish they had done it differently.

Think about a church like LifeChurch. They are one of the largest churches in the nation, and yet their buildings do not generally seat thousands. There is a definite "technologification" of gathering and the facilities are utilitarian. Now, I think that there are some unintended side effects to this, but is has undoubtedly opened up new possibilities to churches today.

I've written before about what I believe the future of multisite will look like—forgoing a large building at the beginning in order to intentionally plant churches and venues across a single region. This method enables churches like Seacoast and others to overcome some of the problems that can be problematic for other multisite methods.

Churches who merely try to stay trendy are in a never-ending pursuit.

Those who are adapting and planning for the future avoid the pitfalls of trendiness and often build buildings that can be turned into something else. They can be used as a liturgical, contemporary, or traditional facility, but if the church outgrows, they can repurpose. If it declines, they can take appropriate action.

Churches who merely try to stay trendy are in a never-ending pursuit. Styles change. They always have. Those churches whose thinking is driven by current popularity will have buildings that no longer suit their needs and will fade out of style.

Every year, LifeWay Research and Outreach Magazine release a list of the 100 largest churches. Of those, many weren't in existence 20 years ago, while most of the rest have built a new facility or moved to a new location since then. Some of the biggest churches 20 years ago are now empty shells—either closed or relocated. And, might I add, often great new churches exist where they once were.

Some of the biggest churches 20 years ago are now empty shells—either closed or relocated.

The problem is that most churches thought their building was a permanent representation of their congregation.

We may need a better way. Even those who want to build impressive liturgical structures may need to consider whether or not this makes sense, particularly if we do not live in a French village that will be the same in 500 years.

For example, just this week in Minneapolis, a Lutheran church closed. The story explained,

Part of the Lutheran Church-Missouri Synod, Bethlehem thrived into the 1950s when as many as 1,800 people filled its pews. But it has struggled, like many urban churches, to hold onto its members. What began with the white flight of the 1960s was only exacerbated by the collapse of manufacturing in the central city, the recession and a growing trend in society away from organized religion, especially mainline Christian churches. In recent years, membership has dwindled to about 150 people, many of them elderly and shut-ins, according to Pastor Micah Wildauer, who split his time between Bethlehem and nearby Hope Lutheran Church. Most Sundays, attendance hovered around 50.

This church is not a mainline church, but an LCMS church, but either way the trend of relocation is clear. I don't know if this church declined—I do know that it has relocated. Yet its building did not. Now it is closing.

Perhaps churches should consider what business people call the "mall cycle." A new mall—or lifestyle centers, as they call them now—gets built in an area full of people. In 15 to 20 years, the people have moved farther out, so a new mall is built in that area, leaving the old mall vacant. It recently happened where I live in Tennessee. A large retail store moved 10 miles to be with the growth in the newer development.

Businesses recognize this (at least the smart ones do) and build accordingly. They understand that their building is temporary and will be replaced one day. The business wants to be where the people are, not necessarily where they have been for decades. They know the mall cycle is a reality for them. They know those buildings won't last forever.

That's not how a lot of pastors and leaders build churches, though. They build church facilities as if they'll be there for hundreds of years. They sink the majority of their budget into an enormous building that removes all flexibility from the church.

After population has shifted from their area, they are left unable to go where the people are. Instead, many feel trapped in an attractional ministry model because they are trying to draw in people who do not live near their building.

In the late 1700s and early 1800s, Methodists and Baptists planted thousands of churches in areas like Tennessee and North Carolina. How did it happen? Churches, entire congregations, would move down from Pennsylvania and other northern areas to start new churches on the frontier. They had a mobility and flexibility that many churches lack today. Those modern churches cannot move because they planned as if building would be a permanent fixture.

I've written extensively (though, at times, begrudgingly) on how churches should respond to neighborhood transition. Yet, at the end of the day, you have to ask—what do you do when the church (which is a who) and the building (which is a where) are no longer in the same place?

Some will say that the answer is house churches-- and I am an advocate of such churches. Yet, the facts just don't demonstrate that house churches are making much of an impact, at least proportionally. So, for now, most will build buildings and they need to do so discerningly.

The Impact of Wrong Thinking

There are some long-term theological consequences from failing to think biblically when it comes to a church facility. When we glorify trendiness, we unite the message of Christ with faddish architecture, giving the impression that the unchanging gospel will one day become irrelevant.

When we view our building as our legacy, we tie the church to a building which will eventually crumble and collapse.

When we view our building as our legacy—as the thing that will last—we tie the church, which Jesus founded and against which the gates of hell will not prevail, to a building, which will crumble and collapse in a matter of time.

Now, I mentioned several kinds of churches in the article-- big and small-- and some might say I am being critical of the big church or the more traditional/liturgical church. In both cases, that misses the point. These observations partly come from the pastors of those churches who wished they had built differently (and probably will next time). And, for that matter, trends show that there will be more, not less, megachurches in years to come. I just think many will reconsider their building strategy (as will churches of all sizes).

I'll address more of the transcendent issues related to church architecture later, but for now: when church leaders allow a misplaced desire for trendiness or a mistaken view of their permanence to drive their conversations and decisions, they are likely making a mistake that will hinder their work well into the future.