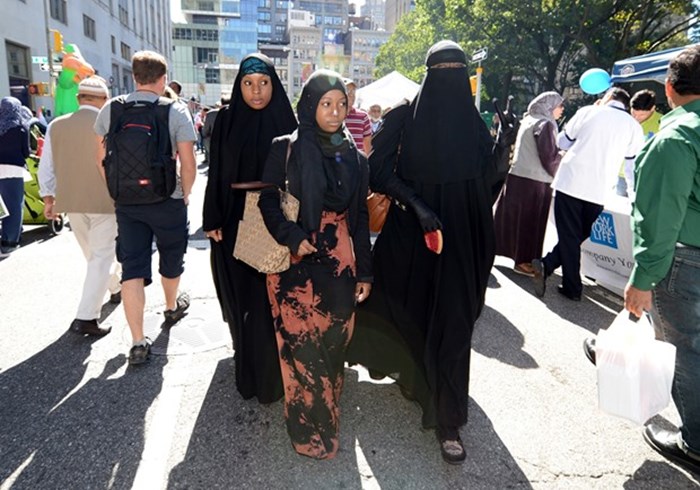 I get that my standards are different that most. However, it's interesting to see that even mainstream parents are expressing similar concern.

Too hot for tweens: Why some parents dread back-to-school shopping -- CNN

When Fred Goodall went shopping recently in Houston with his 12-year-old daughter, finding a dress took a "long time" because most were too low cut, and some even offered the bare midriff look.

"Wow, this is not clothing for children, this is clothing for older adults," Goodall, a freelance writer, Babble.com contributor and father of three, recalled thinking at the time.

In interviews with moms and dads from across the country, I heard his complaint echoed again and again: The current fashion choices for tween and young teen girls are too sexy, too skimpy, too short.

A mom of three who goes by the name "Miss Lori" online says what she calls the "Shorty McShort Shorts" in the stores are a problem.

"Because all the styles are this way ... you run up against that wall as a parent, 'But Mom, everybody else is wearing that, why are you so uptight?' " said the kids television host and social media specialist.

Mike Adamick, a stay-at-home dad in San Francisco, pointed to the swimsuit choices he and his 7-year-old daughter encountered recently.

"There was a lot of string and barely any material," the blogger and author of the book "Dad's Book of Awesome Projects" said.

It a long read, but it is worth your time as Carson looks at the kingdom and salvation.

In recent years a number of stances have arisen that have set themselves over against traditional evangelicalism and traditional Reformed thought, not a few of them arguing, in part, on the basis of a particular understanding of the kingdom. These stances claim to be more biblical and thus more faithful than traditional stances. To some extent they overlap; to some extent each is identifiably different from the others. What are these stances, what can we learn from them, and what should be resisted—and why?

1. The kingdom, especially as emphasized in the Synoptic Gospels, is often tied to communitarian ethics rather than individual ethics. By contrast, Paul downplays the kingdom and focuses rather more on individual salvation. This has played into the individualism of the West, which must be resisted by restoring a return to Jesus himself, achieving a better balance with Pauline emphases.

2. The kingdom is bound up with a way of looking at reality that undermines the perceptions of the fallen and broken world order. Many of the "parables of the kingdom" have this fundamental reversal at their core, so it turns out that the last are first and the wild and wayward son is given the party. In this kingdom, we do not govern the way the world does: the one who wishes to lead must be the slave of all, even as Christ came not to be served but to serve (Matt 20:20–28). The kingdom-cross has more to do with ethics, especially the ethics of reversal, than with atonement.

3. With the triumph of Christ achieved on the cross and through his resurrection, the kingdom has dawned—a glorious anticipation of the spectacular glory of resurrection existence in the new heaven and new earth. That means Christ's people are mandated to begin now to work out the dimensions of righteousness and justice that will be consummated at the end: saying "No" to raw power, caring for the poor and needy, reversing discrimination, being good stewards of the created order that anticipates the consummated created order. All of this is the mission of Jesus.

4. The clear command of Jesus is to seek the kingdom of God and his righteousness—and Jesus makes clear, not least in the Sermon on the Mount, that this entails a range of shocking ethical transformations: turning the other cheek to violence, recognizing that the heart is more fundamental than mere action, and forgiving others (because, quite frankly, we will not be forgiven unless we do). This stance is often associated with the Anabaptist movement, whether in its more traditional guise or in its Hauerwas form. The broad pacifism Jesus mandated finally means that the church in some measure, in some way, must withdraw from the world: our job is not to transform culture, but to constitute a new people, to live by the shaping constraints and privileges of the kingdom. It is not our job to tell the world what to do, or even to figure out how to interact with the broader culture; it is simply our job to be the people of God.

5. A postmillennial anticipation of the coming of the kingdom, combined with either a soft sphere-sovereignty (think Kuyper) and/or with some form of theonomy, develops its own ways of thinking about the transformation of the culture.

6. At a popular level (think "Left Behind"), it is still not uncommon for some to think of the kingdom as virtually an exclusive reality, so that terms like "gospel" and "church" may be nicely tied to this generation, but "kingdom" has to do with the future, millennially conceived or not.

These are all distinguishable ways of thinking about the dawning of the kingdom. Four of the six devote a lot of thought to the challenge of transforming culture; one (the fourth option, Hauerwas) specifically sets itself against such reflection, but devotes a lot of thought to the challenge of being a distinct society over against the surrounding culture. All but the last tend to depreciate individual salvation, while the last tends to emphasize it to the depreciation of large-scale communitarian and ethical reflection (i.e., where it focuses on ethics, it tends to emphasize the ethics of the priorities of individuals). By contrast, many in these camps who align themselves with social and communitarian ethics would take umbrage at the charge that they downplay individual salvation, since they acknowledge that individuals must repent and believe. Nevertheless, the focus of their frame of reference is one or another of these large visions, usually tied to a distinctive understanding of the kingdom, heavily leaning toward societal transformation (either of the entire society or, in the Anabaptist heritage, the ecclesial society). Individual supporters of these movements tend to emphasize different needs: the overwhelming challenges of poverty, of AIDS and other diseases, of abuse of power, of ecological responsibility, of reconciliation of various sorts (racial, ethnic, religious).

Recently on The Exchange, I talked about changes in evangelism methods. Don't forget to join me every Tuesday at 3:00 PM Eastern for The Exchange.