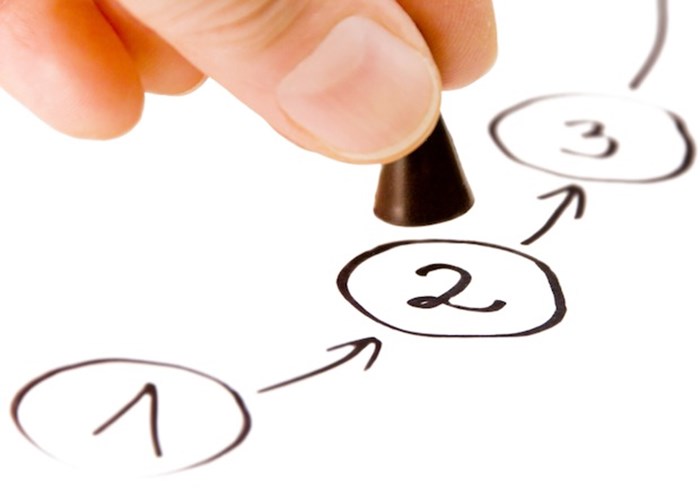 Previously, we talked about the three steps needed to develop a culture of service. But that is not all you need. Culture can be a motivating factor, but if the structure you have in place doesn't affirm and encourage your culture, you may be stuck trying to restart the culture again down the road.

However, good culture, combined with good strategy, is powerful.

Take church planting for example. I've written before about how church planting movements benefit from a simple structure that encourages reproducibility. This follows in the structural model Paul set up for the churches he planted. The goal and culture of church planting is one of reproducing the next generation of churches, pastors and planters. To accomplish this, churches and organizations must be intentional to establish structures that mesh with the culture.

Such structure is important in all churches that grow behind a few dozen members.

The structure you have in place should be an aid to the culture you are trying to produce, not a hindrance. So, how can that happen in your church? How can you implement a structure that affirms the missional culture you want to establish?

Look to provide a simple way for people to progress to the next step of service.

At one point not that long ago, one out of every ten churches in the United States were "Purpose Driven," measured by some level of participating as part of that network. It was higher in some parts, and lower in others. But, the influence was amazing.

Look to provide a simple way for people to progress to the next step of service.

Yet, and here is the important part, despite there being fewer churches using "Purpose Driven" terminology, it's left a helpful and important impact. Even if you don't use the phrase, you're probably using the structure (or a variant of it). Perhaps not the famous baseball diamond, but certainly the fact that there is a progressive plan to being people to deeper spiritual maturity through a process.

In a 2002 Christianity Today article, Tim Stafford wrote, "Purpose-Driven principles are best explained with two diagrams you can scribble on a napkin. One is the baseball diamond, used to explain the flow of church ministry in a person's life." The other, and perhaps more important, has to do with purposes, but for this article, I will focus on processes.

And, that really was a revolutionary idea—made simple.

Rick Warren created the baseball diamond to show there are things that every Christian should know and experience, such as evangelism, church membership, community, discipleship and ministry engagement. It was an easy and effective way to demonstrate the sequential process of discipleship-- which is one of the reasons it exploded globally.

At our church we talk about begin, connect, thrive and engage. The names have changed and perhaps the way it is applied, but the need for a structure that encourages a culture of making disciples has not. We are children of a Purpose Driven structure-- and your church probably is a well.

We're using the process without the terminology.

And, that's what we need to move people toward mission.

You need a process.

Establishing the Next Step

Victory Metro is a multicampus megachurch headquartered in Manila, Philippines with 65,000 attendees each Sunday. Two of their leaders have written fantastic books that deal, in part, with how structure can help culture.

Steve Murrell, an American missionary who planted Victory in 1984 and has recently returned to the US, describes the model in the book WikiChurch: Making Discipleship Engaging, Empowering and Viral.

When I interviewed him, Steve said that a WikiChurch, like Wikipedia, does not require professional oversight of the work being done. By the way they operate, the intentional structure of the church, the leadership encourages all of the members to be involved in service. Their culture is strengthened by a structure that equips and empowers every believer to be on mission.

Culture is strengthened by a structure that equips and empowers every believer to be on mission.

Joey Bonifacio, one of the current leaders at Victory, wrote The Lego Principle about how people were designed to be in relationships. They were made to connect on the top and the bottom, with God and others. No matter the color or when the Lego piece was made, they fit together and can make something amazing.

These ideas of empowering believers and building relationships are served by the structure established in Victory. Joey compared it to the process immediately after arriving on an international flight.

You have several steps that you always take. No one gets through the airport without going through those. You go through and have your passport checked. You pick up your luggage. You go through customs. It is all a clear path for everyone involved. There is no question as to what is next. Their church has created a simple process for everyone to go through. Part of what makes it fascinating is that they actually have an app to take people through their discipleship process. I had never thought about using that, but it is brilliant in their context.

Here's the thing that I think is key for Victory. They have a very intentional pathway that reinforces the culture they have developed in their church since the beginning. But what if your church hasn't always had a missional culture? Maybe, you are working to grow that type of mindset. Can that be done? Can a structural change help in the process of creating a new culture? Absolutely.

I've written before about how the church I planted a church that grew from a 25-person core team to 125, but the 100 that came in didn't do anything. With a new culture we encouraged them to change, but was also empowered them to change with practical structural shifts, one of which was requiring all members to go through a training course.

Missional in Your Context

The right structure provides a very clear, intentional pathway for your people to progress toward mission.

The right structure provides a very clear, intentional pathway for your people to progress toward mission.

The culture is what pushes everybody towards that pathway. At Victory, they have 50,000 people who are turning to their neighbors consistently asking, "Have you gone through One-to-One? Have you been to a Victory Weekend?" Their structure and their culture work together to affirm their values.

This is a process for your church. At Grace, our plan is to get the whole church walking through our pathway, but it's going to take a while. We have our clear path established and the desired culture expressed. For you and your church, it may look differently in terms of the specifics.

Joey was clear that he doesn't believe American churches can come over and copy Victory's method step-by-step. They have to be contextualized to the setting of your church. Victory's plan works in their Asian context. Joel Hunter, at Northland in Florida, has worked to adapt some of what Victory has done, but it is tweaked to fit where God has planted them.

If you want your church to be missional, you need to implement a structure that encourages the culture you are trying to develop.

When your culture and structure are in sync, they will move your church, regardless of its size, toward being missional.

If you set your face like flint toward your goal, with your culture and structure in support, you can move to missional.