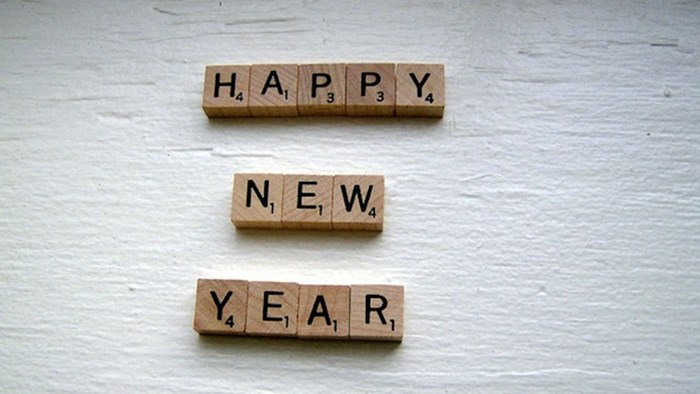 At the end of every year, it's fascinating to read "Top" lists from around the Internet, what Christian leaders are saying about the New Year, and other year-end reports. Over the past week or so, I have featured my own Top Blogs of 2013. We even featured the top blogs from each of the most popular categories: Top Cultural Blogs, Top Current Events Blogs, Top Church Signs, and Top Church Trends Blogs. I also featured a post on Sunday called 10 Things on Thinking Ahead in the New Year, sharing some thoughts from Don Whitney.

Here are a few of my favorite year-end posts from around the Internet:

What Is Your Jesus New Year Resolution?—Ron Edmondson

One of my closest friends and I hosted a Christian radio talk show for 17 years. He was out of town one morning for Christmas break and I had to do the show alone. As I was preparing that morning, I read Mark 5.

The story of the woman subject to bleeding has stuck with me for several weeks and let to a New Year's resolution I have been mindful of ever since. It became my "Jesus resolution".

To save you time looking up the story, I have pasted it here:

A large crowd followed and pressed around him. And a woman was there who had been subject to bleeding for twelve years. She had suffered a great deal under the care of many doctors and had spent all she had, yet instead of getting better she grew worse. When she heard about Jesus, she came up behind him in the crowd and touched his cloak, because she thought, "If I just touch his clothes, I will be healed." Immediately her bleeding stopped and she felt in her body that she was freed from her suffering.

At once Jesus realized that power had gone out from him. He turned around in the crowd and asked, "Who touched my clothes?" "You see the people crowding against you," his disciples answered, "and yet you can ask, 'Who touched me?'" But Jesus kept looking around to see who had done it. Then the woman, knowing what had happened to her, came and fell at his feet and, trembling with fear, told him the whole truth. He said to her, "Daughter, your faith has healed you. Go in peace and be freed from your suffering."

The story prompted a thought that I shared that morning on the radio.

What am I going to do with Jesus in the New Year?

Here's what came to me from this story.

Once this woman heard of Jesus she began to track Him. She became a "Jesus groupie" of sorts. She knew Jesus was her only hope.

I've told the story many times of talking impatiently with my wife one Sunday morning and having my nine-year-old son interject, "Daddy, is this the way a Christian man should be talking to his wife?"

Rather sarcastically I said, "What do you think?" He replied, "It doesn't make any difference what I think — what does God think?"

I went to my bedroom, and two thoughts immediately hit me. First, my pride reared up. I want to be a hero to my son, and I was embarrassed that he had been troubled by my attitude and words. But that didn't last very long. I soon thought, "How could it be that God could love me so much that he would give a twit of care about this mundane little moment in the Tripp bathroom?"

That's love at a level of magnificence that I am unable to capture with words. This was but one moment in one room in one house of one family, on one block on one street in one neighborhood, in one city in one state in one country on one continent, in one hemisphere on one globe in the universe. Yet God was in that moment, working to continue his moment-by-moment work of transforming the heart of this man.

Why am I telling you this story? Well, it's that time once again. It's the fodder for blogs, magazine articles, TV shows, and way too many tweets. It is the time for the annual ritual of dramatic New Year's resolutions fueled by the hope of immediate and significant personal life change.

But the reality is that few smokers actually quit because of a single moment of resolve, few obese people have become slim and healthy because of one dramatic moment of commitment, few people who were deeply in debt have changed their financial lifestyle because they resolved to do so as the old year gave way to the new, and few marriages have been changed by the means of one dramatic resolution.

I posted this last year, but wanted to go back to it as a very practical resource/application for the end of the year. It's important we take time as leaders to reflect and look back over the last 12 months, as well as looking forward to the next 12 months and beyond.

2. What people, books, accomplishments, or special moments created highlights in 2013?

3. Give yourself a grade from 1-10 in the following areas of focus for 2013: vocationally, spiritually, family, relationally, emotionally, financially, physically, recreationally.