Turkey Is in the News. Here Is a Quick Explainer on Why Turkey and the Turks Need Our Prayers
Ed Stetzer 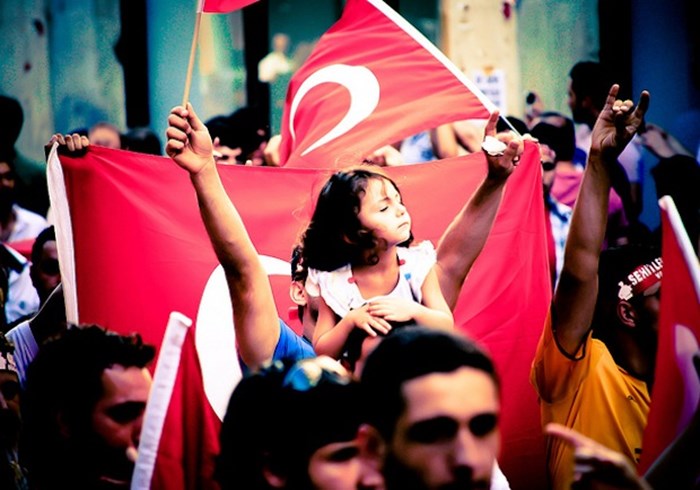 Turkey has been in the news. It's been all over the front page and protests have made international news.

Some are speculating it is "on the brink." Considering how the Arab Spring has played out for many Christians, such movements are of particular concern to Christians. At this point, these protests are directed at the government, which has been leading the country in a more Islamist direction, so the protests are a bit more complicated and involve several issues.

So What is Turkey?

As a matter of fact, all of the seven ecumenical councils took place in Turkey.

If there was a Bible belt over 1,500 years ago, it was in Turkey. However, that changed with the rise of Islam and its eventual conquest of the region. Then, a few centuries later, the area would be at the heart of one of the world's most powerful empires, the Islamic Ottoman Empire.

Turkey has more recently been seen as a moderate Muslim country, though some reject that terminology.

After the decline and fall of the Ottoman Empire, Turkey took a road less traveled among majority Islamic nations—it leaned toward Europe rather than the Middle East.

Turkey has more recently been seen as a moderate Muslim country, though some (including the current President) reject that terminology, and there are troubling signs for the future.

For example, Turkey was recently added to the list of countries violating religious freedom, though not without debate.

However, anyone who has been there knows that Turkey is decidedly different from the rest of the Muslim-majority world.

I recently spoke to a "worker" there who oversees the "work" of a large organization "engaging" Turkey and the region. There are few Christian leaders who would know Central Asia better than this person.

At a café in Istanbul, not far from the protests reported on the news, I asked and he explained:

What about where we are in Turkey? Is this an area where Islam is practiced devoutly?

No. It is more cultural here. It's like living in the southern United States. You know, in the South everybody is a Christian, but not really...

Religious practice in the urban areas is more nominal, but if you get out into the villages everybody goes to mosque. If you go to villages less than an hour from here, you'll see every woman's head covered. Even here in the city I can take you to neighborhoods where every woman is in black from head to toe with just a slit over the eyes. There are whole sections of the city where that's the way all the women dress.

Here in my country [Turkey] there are about 3,000 Christians out of a population of 70 million. About one-tenth of one percent is Orthodox Christian, primarily Armenians. There is also a strong Assyrian population who are the old Nestorians. When I say strong I mean that half of the 3,000 evangelicals in this country are of Orthodox background. There only about 1,500 Muslim background believers (MBBs) in this country. The vast majority of the provinces of this country have no churches, no workers, no Christian witness of any sort.

To understand Turkey, you have to understand the father of modern Turkey Mustafa Kemal Atatürk. After the war of independence, "Atatürk then embarked upon a program of political, economic, and cultural reforms, seeking to transform the former Ottoman Empire into a modern, secular and European nation-state" (source). Every Turk knows of, and has an opinion about, Atatürk.

Yet, many think that secular, European vision is in jeopardy.

My "worker" friend spoke about how Muslims in Turkey and in Central Asia practiced their Islamic religion and their openness to others.

[In the Western world] faith has become kind of an avocation--a hobby almost. Is it of a way of life here?

This is part of a way of life. It is what they are taught in school--the glories of the Islamic jihad against the Christian world. And for centuries our people were the vanguard of that jihad.

Interestingly though, and happily, what we face here then is an environment where we're dealing with people who are extremely friendly, who are extremely hospitable, who receive us very well. This is true all over Central Asia...

We're also in a place where it is incredibly easy to get into a conversation about religion. I mean really easy. And so, opportunities to share the gospel are abundant here.

But Islam has a built-in apologetic against Christianity. They are taught here in school that the purpose of the Council of Nicaea in 325 was to change the New Testament. And that's where it happened and when it happened. It was at that point that all this stuff about Jesus being God and dying on the cross were added to what before was a document that agreed entirely with the Koran.

Turkey matters for international relations—many have looked to Turkey as a model for the future. Its politics and foreign relations are different than much of the Muslim world. For example, although relationships have been tense lately, the historic relationship of Turkey and Israel is an open secret. But, it also is one of the few places in the majority-Muslim world where Christians can and do share their faith (though not without challenge).

How Can We Pray

So, how can you pray? Well, I will share how I am praying.

When this crisis passes, you may ask, "How can I get involved in work in Turkey?" If so, take a moment to read the whole interview with my "worker" friend and learn about some options. If you are interested, you can see some video and other resources from our trip to Turkey.