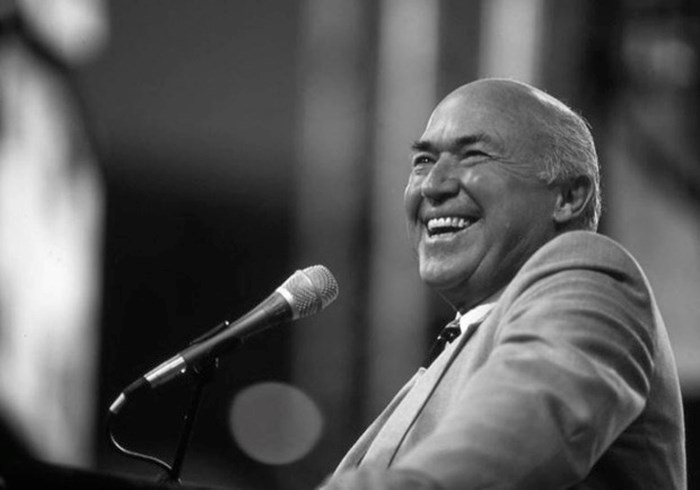 Like many of you, I found out this morning that Calvary Chapel founder and pastor, Chuck Smith, has died. He was 86. Chrisitanity Today has a helpful obituary.

It's hard to overstate the significance of Calvary Chapel in remapping Protestantism.

Chuck and Calvary Chapel have played an important role in the evangelical movement in the past century. Simply put, it is hard to overstate the significance of Calvary Chapel in remapping Protestantism, particularly evangelicalism. And Chuck Smith was one of the main reasons for that impact.

When I first became a seminary professor back in 1998, I made a trek to Calvary Chapel Costa Mesa and attended with my family, interviewed the staff, and learned from how God was using the church and the movement. Over the years, I've been an observer of the movement to the point where I've actually had students write papers on Calvary Chapel and discussed the movement in my book, Viral Churches.

I actually do a presentation when seeking to explain the modern evangelical movement, particularly to movement leaders here in the United States or to missionaries who have been out of the country for a long time. The presentation is called "The Contours of the Modern Evangelical Movement." In that, Calvary Chapel is right near the beginning of the trunk and has a series of arrows that flow from the movement showing its amazing influence. As scholar Donald Miller wrote about in his book Reinventing American Protestantism, Calvary Chapel helped birth and shape a movement.

Chuck Smith will be remembered by many, but he has influenced many more.

My guess is that many of my readers will resonate with the list. If so, you can thank Calvary Chapel—and Chuck Smith. He will be remembered by many, but he has influenced many more.

Last fall, I spoke at a national Calvary Chapel meeting. Before I did, I shared this post at my blog. After the conference, Pastor Chuck wrote me and said:

Thanks for the kind things you have said about the ministry of Calvary Chapel, in the last [part] you mention Calvary as my ministry. I do not consider this my ministry, as I feel as a blessed spectator watching the glorious sovereign move of God and marvel continually at His work. Thanks again for blessing our people at this conference, may the Lord continue to use you to encourage others in how to be more effective in serving our Lord.

Now that he is with the Lord I will tell you that he was wrong. He was not just a "blessed spectator" (though I am thankful he thought that way). He was a bold and courageous man that was used by God in amazing ways.

If you are in a contemporary church, engaging culture, and planting churches, you are in a sense, a child of Calvary Chapel and of Chuck Smith.

Yes, it was the Lord. Yet, the Lord used Chuck in a way that impacts most of my readers today. Yes, it was not his movement (so I guess he was right), but if you are in a contemporary church, engaging culture, and planting churches, you are in a sense, a child of Calvary Chapel and of Chuck Smith.

Let's be thankful for Pastor Chuck and his legacy today. May this loss "provoke us to love and good deeds" (Hebrews 10:24) so the Savior who Chuck served so passionately is glorified and honored.

If you are interested in other reflections, visit Greg Laurie's blog here or Bob Coy's here. (Bob and I also talked about Pastor Chuck and his influence in this interview.)