All those political rants may be hindering your Christian witness.
Ed Stetzer 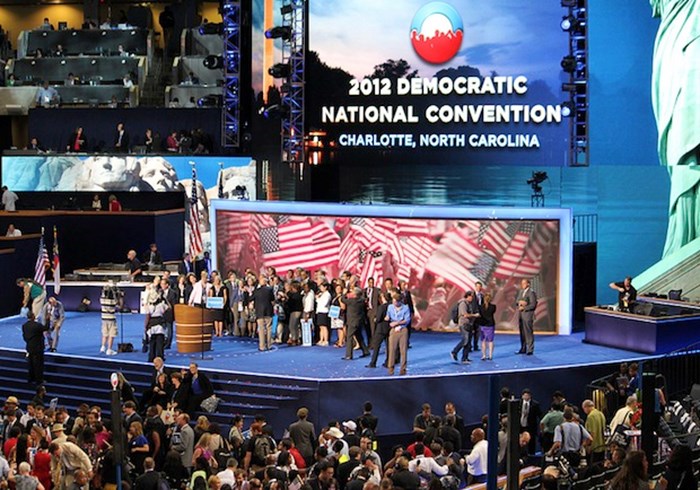 You can't blurt at a people and reach a people at the same time. This is true no matter how satisfying it feels to add your voice to the political rants on social media.

In the current political climate in our nation, with shutdowns and blame, I have watched the volume grow and the civility shrink.

I believe in the importance of civility for civility's sake. Yet, I think it goes even further than that if you are a Christian who wants to reach those disconnected from the church. In other words, I believe the way we handle political issues has a missional implication. So a few days ago, I posted this thought to Facebook (and a shorter version on Twitter):

"Statistically, the unchurched lean heavily Democrat. So—and I know it's just me talking crazy now—if you want to reach the unchurched, maybe constant Facebook/Twitter posts about how stupid Democrats are might be a bad idea."

The post was shared hundreds of times on both social media outlets and appeared to draw a largely positive response, so I thought it may be appropriate to elaborate a bit on this idea and why it's so important.

Christians are often unnecessarily burning bridges on the altar of political partisanship.

The angry accusations are flying around Washington. And that's one of the reasons people don't like Washington, think it is broken, and give it such low approval ratings. Yet, as I observe the relentless mudslinging between professional politicians with less and less surprise, I've sadly concluded that Christians are often unnecessarily burning bridges on the altar of political partisanship.

As this article from just last year explains, the God gap still demonstrated in reports by Pew Research Center, "Those who attend religious services frequently have been more likely to vote Republican while those who attend religious services less frequently, or are nonreligious, have been more likely to vote for Democrats." And even after some thought the gap might be narrowing, in 2012 it showed up again just as before.

Now, I am not saying that all Christians are Republicans, Democrats are of the Devil, or whatever else people will read into my comments. But knowing the data helps us to better discern our surroundings. Facts are our friends, and those facts have some implications that I think we need to consider.

Mission across the Political "God Gap"

The fact is the less you go to church the more likely, statistically speaking, you are to be a Democrat, has significant missiological implications. You will consider those implications if you really want to reach the unchurched and not just talk about them in an abstract way.

So, here's the challenge in the age of political opinion most frequently posted on social media.

Constantly posting your opinions on political issues to a variety of social media outlets creates a barrier you may have not considered, particularly when your friends and family read them. When you don't have to look at someone's face while sharing your thoughts, you won't notice the wall that is being built between them and you.

What about My Rights?

Before I start to receive lots of hate mail, let me be clear. Yes, I am fully aware you have a right to your opinion and the First Amendment to the U.S. Constitution ensures your freedom to state that opinion. However, I am saying that it may be an appropriate missional decision to voluntarily restrict your own freedom to constantly blurt about politics, in order to reach your neighbor who holds a different view.

Now, there are times to speak up, particularly when issues of justice are involved, but an endless stream of calling people fools or liars—people who your neighbor voted for—just does not make sense for the Christian (and certainly does not make sense coming from a pastor). Unless, of course, you just want to preach to the choir and not reach the unchurched. The end result is another stumbling block for those we are trying to reach.

I'm not perfect on this, but I try to be careful and wise. Because of my role, most of the people who connect with me on social media are not my neighbors, but I do know that my neighbors (and unchurched people) are reading my social media posts. And, I engage in social media with that in mind.

People often ask me why I don't join in on some of the President Obama bashing that takes place on social media, and at times even say something appreciative. Well, part of the reason I don't constantly bash the president is because I find it best to speak well when I can, leading to some people to ask if I am a Democrat (which I am not). The other part of it is that I want my unchurched neighbors (who are statistically more likely to be Democrat) to know they are welcome in my home and my church, and that I do not hate them or the president for whom they voted.

Yes, I know and am concerned about my rights as an American, and it isn't my preference that anything infringes on those liberties as I understand them. But I am even more concerned about joining God on His mission, and I want be careful that unhelpful speech never gets in the way.