Mental Illness and the Church: New Research on Mental Health from LifeWay Research 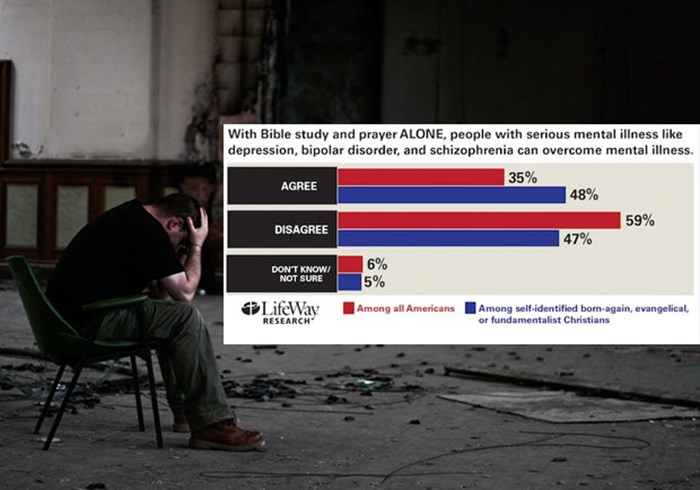 Yesterday's tragic shooting at the Navy Yard in Washington D.C. was yet another reminder of the fragility of life. Unfortunately this horrific occurrence, like others before it, could possibly have been avoided.

In the aftermath of Matthew Warren's death, I wrote an editorial for CNN on the need for the church to be more intentional and involved in addressing mental illness. I wrote:

Matthew's life was not a waste and, yes, every day had a purpose. His pain is over now, but perhaps his life and death will remind us all of the reality of mental illness and inspire people of faith to greater awareness and action.

So, what can we do as people of faith to address issues of mental illness?

Churches need to stop hiding mental illness. The congregation should be a safe place for those who struggle. We should not be afraid of medicine. We need to end the shame.

The fact is, mental illness is real. And it's a real illness.

It is also important that we recognize that prayer changes things. In fact, the gospel impacts every area of our lives and God can—and does at times—supernaturally heal every kind of illness. Yet, God often chooses to do so through an approach that includes prayer, study, Christian community, and medical intervention.

I wish more Christians saw that. So LifeWay Research is taking the initiative to help others realize this as we prepare kick off a major research project on how the church can best minister to persons with mental illness. I'll share more on that study at a later time.

However, this morning we released some new research on mental illness, suicide, and more. CNN even cited it in their promotion of tonight's interview with Rick Warren.

From the release (read the full article here):

A third of Americans – and nearly half of evangelical, fundamentalist, or born-again Christians – believe prayer and Bible study alone can overcome serious mental illness. The survey also found most Americans (68 percent) would feel welcome in church if they were mentally ill.

Fifty percent of those 18-29 years old say prayer and Bible study could overcome mental illness. That number falls to less than 30 percent for those 55-64.

Just over half (51 percent) say someone close to them has experienced mental illness. That number drops to 37 percent for those over 65.

Fifty-four percent of Americans say churches should do more to prevent suicide. That number jumps to 64 percent among evangelical, fundamentalist or born-again Christians.

Americans who never attend church services are the least likely to agree that churches welcome those with mental illness. Those who attend weekly see churches as welcoming. 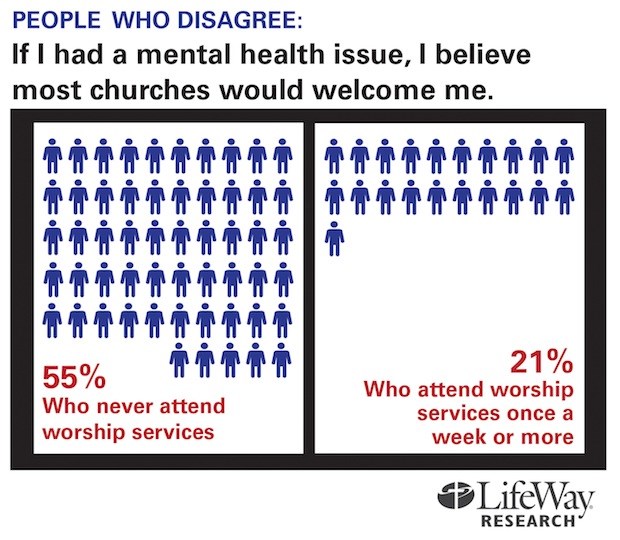 Mental Illness and the Church: New Research on Mental Health from LifeWay Research

Mental Illness and the Church: New Research on ...