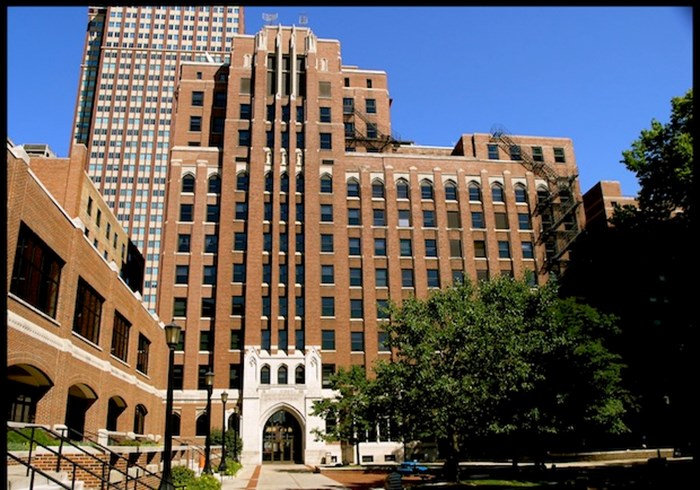 Moody's change to its alcohol policy has hit the news. As I see it, changes like this point to ongoing discussion (and in some places shifting views) on alcohol in conservative evangelical circles.

I've recently had conversations about alcohol with Wesleyans (you cannot be a full member if you drink alcohol), Pentecostals (just about all holiness movements forbid alcohol), and Baptists (northern Baptists tend to be moderationists, where Baptists in the south are abstentionists). This is a big topic of conversation today and I imagine it will continue.

The Chicago-based evangelical Moody Bible Institute has dropped its ban on alcohol and tobacco consumption by its 600-some faculty and staff, including for those who work in its radio and publishing arms.

The change in August reflected a desire to create a "high trust environment that emphasizes values, not rules," said spokeswoman Christine Gorz. Employees must adhere to all "biblical absolutes," Gorz said, but on issues where the Bible is not clear, Moody leaves it to employees' conscience.

Employees may not drink on the job or with Moody students, who are not allowed to drink while in school.

Moody, seen by many as one of the more socially conservative institutions with its radio programs, books and campuses, is among several evangelical institutions breaking from its cultural past.

I know this is just one church, but I have some personal connections with the church. As a teenager, just about everybody on that side of Orlando attended "Rock House." Our little church actually would send out youth to their meetings. And, Donna and I attended their "Jesus Festivals" several times. So, Calvary Assembly was a part of my teenage years.

To see this church, once one of the largest in the country, experience such decline is heartbreaking. I recently wrote about the trend away from such large buildings like at Calvary. However, right now this church has a sanctuary that seats thousands with attendance of hundreds.

If you have a moment, would you join me in praying for this church?

Despite Rumors, Calvary Assembly Megachurch Is Not for Sale — Steve Strang

Back in the 1970s, Calvary Assembly was one of the first charismatic "megachurches" in America. It spun off many ministries, including Charisma magazine. In the late 1980s, it built a 5,500-seat auditorium, but today the congregation has dwindled to 650 members.

When rumors began reaching us last week that Calvary had sold its impressive campus to a large hospital nearby, I contacted the church to see if the rumors were true. The answer is Calvary Assembly has not been sold, but also that it is not for sale! In fact, interim pastor Dr. Bob Rhoden told me he believes Calvary "will be an impact church in the future."

In a short phone interview, he also said, "The future won't look like the past, but it will build on the past, on its great history."

Sometimes when there is a rumor and it's not true, journalists just leave it alone—there is no story. But this rumor is so strong, it seemed that a story was necessary to report that the rumors are not true. Because of my long history with the church, we decided my weekly e-newsletter was the place to report this. It was also my chance to give an update on what's happening with Calvary Assembly.

The rumors may have come from the fact that Florida Hospital often rents the huge facility, as explained in Calvary's statement below, and rents the parking lot during the week to shuttle students and some staff to the hospital a short five minutes away.

One of the things I've seen at some seminaries is the continued promotion of the Ph.D. degree. To be honest, I have mixed feeling about promoting the Ph.D. Yes, I love learning. Yes, I think there can a place for research and for teaching at a higher level. But that should not be the aspiration of the majority, and we need to make sure we are serving students well, and not just focused on building programs.

Simply put, you probably should NOT do a Ph.D. unless you have a very specific reason to do so (and, based on what you see here, that probably does not include being a full time professor). The truth is, there are very few roles for people with a Ph.D., and you don't need a Ph.D. to be a pastor.

The Perils of Doing a Ph.D.: Be Forewarned — David Fitch

A couple of weeks ago on The Exchange, I had the opportunity to sit down with international evangelist Luis Palau, who, like Pope Francis, is from Argentina. I asked Luis about his friendship with the Pope and if he though the Pope was a "brother in Christ." Don't forget to join me every Tuesday at 3:00 PM Eastern for The Exchange.