If church leaders want their members to evangelize, they have to be willing to do so themselves.
Ed Stetzer 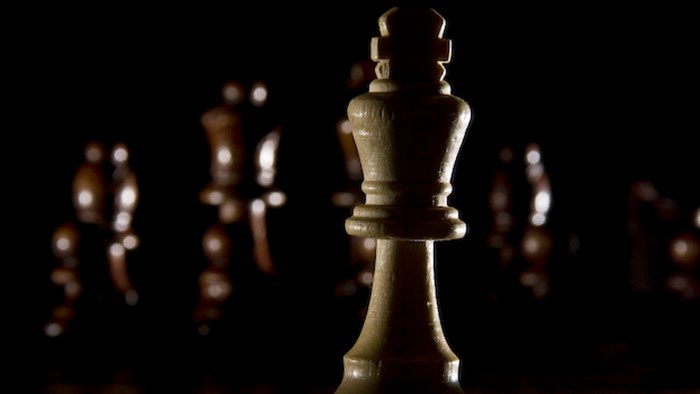 If we want evangelistic people, we must model that as leaders. You can’t lead what you won’t live.

Many Christians love evangelism as long as somebody else is doing it. It’s kind of a recurring theme that people want to talk about it or even bemoan the lack of evangelism, but they themselves, are unengaged in the activity. I believe that the vast majority of people have probably never shared their faith and called on someone to trust and follow Christ. And the numbers support that may be the case.

A recent Transformational Discipleship study of church-going Canadians revealed that 59 percent said they had not invited anyone to church in the previous six months. And, even though 58 percent said they feel comfortable in effectively sharing their faith, 78 percent said that they had not shared that faith with anyone in the previous six months. American churchgoers were no different. Those numbers are certainly a reason for concern and only slightly better for Americans. (I’m on my way to Winnipeg and the national Evangelical Free Church meeting, so the Canadian stats are on my mind.)

What Is Going On?

There are various cultural reasons for the peculiar numbers. Can we first agree that it is not normal for people who supposedly believe there is a heaven and a hell not to share their faith in a Savior who redeems and restores those who are lost? Now, what would cause such people to be quiet? There are a couple of factors at work.

If we want evangelistic people, we must model that as leaders.

First, secular people are growing in influence. While the actual number of atheists is not growing at a significant rate, their secular community has a louder voice than before, and young adults are seeing more an more secularism around them.

Books by high profile atheists are being promoted and shared around. Academia has had an infusion of unashamed atheists. There is even a network of atheist churches that riffs on the main worship elements found in Christian churches. Atheism is riding a wave of popularity and forcing a generation to take notice and consider the “other possibilities.” Ironically, atheism is a rather small part of the population— about 5% or so. But, secularism, nudge by atheism and a bit embarrassed by theism, is growing in power. That intimidates people from sharing their faith.

Secondly, we hear statistics like “86 percent of evangelical youth drop out of church after graduating high school, never to return.” This is a terribly untrue statistic. It’s just not reality.But, it does intimidate people away from sharing their faith.

While LifeWay Research did find the majority of teenagers leave the church at some point, most of those who leave come back (and most of the who leave were not evangelical, like most of the readers of this publication.

But as people are exposed to more religious ideas and they hear these types of statistics, it can become self-fulfilling. They begin asking themselves, “What’s wrong with me? Was my church wrong? Are my parents wrong? Am I wrong? Do I have wrong ideas about what it means to be a Christian?” Many Christians were never trained to deal with the current barrage of alternate worldviews, and the suggestion that many of their peers are leaving the church.

We know that we can’t muzzle atheism or its less ugly sister, secularism. And we can’t stop every crazy statistic from reaching the ears of the public. What we can do is create an environment where the truth is front and center in our lives and conversation. And we can trust the truth to do what it does best…dispel the lies.

Many Christians love evangelism as long as somebody else is doing it.

Ephesians 4 says “God has given apostles, prophets, evangelists, and pastors and teachers.” So, God has given the evangelist to the church. Why? To help all of God’s people engage in the task of sharing Christ— everyone, not just those with the made-up gift of evangelism. And if we look at Paul’s advice to Timothy, pastors are particularly exhorted to do their work in evangelistic ways.

Paul writes to Timothy, a young pastor, “But as for you, be serious about everything, endure hardship, do the work of an evangelist, fulfill your ministry.” This is in a real sense, closing advice from Paul to Timothy. But is it also advice from Paul to us? Everything else in that passage is, so I don’t think it is a stretch to include this.

Winning People To The Way

You can't lead where you won't go.

We can spend our time trying to get people to believe a certain way, but what happens when another way is presented with more fervor? Instead, we should be passionate about proclaiming the Way, Jesus. He was evangelistic, and He is our example.

As leaders, we are an example to those around us. We should proclaim the truth with the goal that people will believe in and follow Christ. People need to not just hear our perspective on evangelism; they need to see our passion for it.

Evangelism needs to be a core leadership quality—modeled by pastors and leaders, but engaged in by all God’s people.