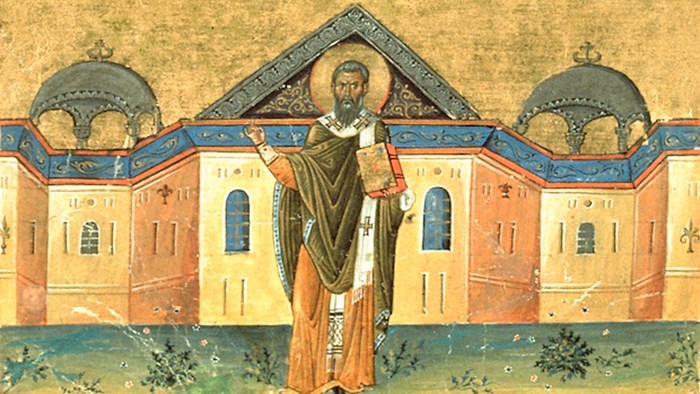 Become a Heretic for a While—Marc Cortez

Although I don’t recommend becoming a heretic, Marc Cortez tempts me.

I recently spent several hours trying to convince a class that Arius was right, the Son is not equal with the Father, and Athanasius blew it.

So we looked at all the biblical data suggesting that the Son is subordinate to the Father. We discussed Greek philosophy and how the Nicene view of three persons (hypostases) in one substance (ousia) necessarily entails either modalism–i.e. the one substance (God) just manifested himself at different times as different persons (Father, Son, and Spirit)–or tritheism–i.e. the one substance (deity) gets expressed in three distinct beings (Father, Son, and Spirit) just like our one human nature gets expressed as many particular humans. And, most importantly, we talked about the Cross, how Athanasius’ overly divine Son downplays the real human suffering on the cross that is a necessary part of any true atonement.

In short, we presented a pretty compelling argument for the truth of Arianism. Indeed, when we were done and had summarized all the strongest arguments for Arianism on the board, I asked the class to refute them. And they were stuck. They still felt intuitively that Arianism had to be wrong, but they couldn’t find the chinks in the armor. It looked so compelling.

That’s when I knew we’d arrived.

You see, the point of the class wasn’t to understand heresy. This was actually a class on the Greek Fathers for the ThM program at Western Seminary. So a good chunk of it focused on people like Athanasius and Gregory of Nyssa, people who were directly involved in responding to Arianism. But I’ve noticed over the years that students have a hard time truly appreciating the beauty and power of the response because they can’t see the beauty and power of the problem. Orthodoxy shines less brightly when you think heresy seems so obviously wrong.

So, if you want to understand heresy, here are at least three things you need to do.

For what it is worth, I have six black shirts, five pairs of jeans, two dark blazers, and one pair of black shoes.

And, yes, I hold this philosophy.

Ever notice how Barack Obama, Mark Zuckerberg, Michael Kors, and countless other pioneers all seem to experience fashion deja vu on a daily basis? They must know something we don't.

Perhaps it's the fact that the more decisions we make, the more we're stressing our brains out and killing our productivity.

President Obama explained it best during a 2012 interview with Vanity Fair when he revealed why he only wears gray or blue suits:

I'm trying to pare down decisions. I don't want to make decisions about what I’m eating or wearing. Because I have too many other decisions to make.

Experts explain that your pool of decision-making energy is limited, and eventually, as your willpower depletes with each new decision you make, you're more likely to either act impulsively or do nothing.

Steve Jobs seemed to have cottoned on to the beauty of simplicity--didn't he wear the same blue jeans and black polo neck daily?--and he was wildly successful. So maybe less variety isn't such a bad thing.

For the next week, I plan to put this theory to the test, and I hope you'll join me.

My outfit of choice, since I am fortunate enough to work in a creative field, will be a pair of blue jeans and a black T-shirt. Luckily I own more than one set of each item, so the smelly factor need not be a concern (also there's this thing called a washing machine).

Helpful article from Hershael York on preaching. I want to get better, Hershael!

I often have to answer the strangest question anyone could ask a preaching professor: “Do you think preaching can be taught?” I always want to respond, “No, I’m just going through the motions for the money.” Of course I never do, not only because it’s best not to say the smart aleck things I sometimes think, but because I know what they mean when they ask. It’s not really an unfair question.

No one denies that a preaching class and some coaching can help anyone become better. What we question is the possibility that someone with no natural giftedness and ability can be taught well enough that he can become really good.

For the last 16 years I’ve sat in a seminary classroom, listening to student sermons on an almost daily basis, and I’ve heard every kind of sermon and every level of preacher.

I’ve seen guys so nervous that they had to stop and vomit during the sermon, and I’ve been so moved by a student’s sermon that I felt I had been ushered into the presence of the risen Christ. I’ve seen guys who were no better the fifth time they preached for me than they were the first time, but I’ve seen guys whose initial sermon was depressingly awful turn it around so radically by the end of the semester that I almost couldn’t recognize them as the same preacher.

On the first day of the semester, or the first time I hear a student preach, I have no way of knowing if he has what it takes or is willing to do what he must to be the preacher he needs to be, but I can usually tell by the second sermon if he does, because that is when he has to act on what I told him after his first sermon.

What makes the difference?

The most frustrated preacher is the one who has a sense of duty, but not a burning calling.

Preaching is not just another helping profession, a Christian version of politics or the Peace Corps. The call to preach is a definite demand issued by the Holy Spirit that ignites a fire in one’s bones that cannot be extinguished by the hard-hearted, stiff-necked or dull of hearing.

Kevin Myers, Senior Pastor of 12Stone Church in Georgia, joined me on The Exchange a few weeks ago. In this clip, he talks about living a home run life. Don't forget to join me every Tuesday at 3:00 PM Eastern for The Exchange.