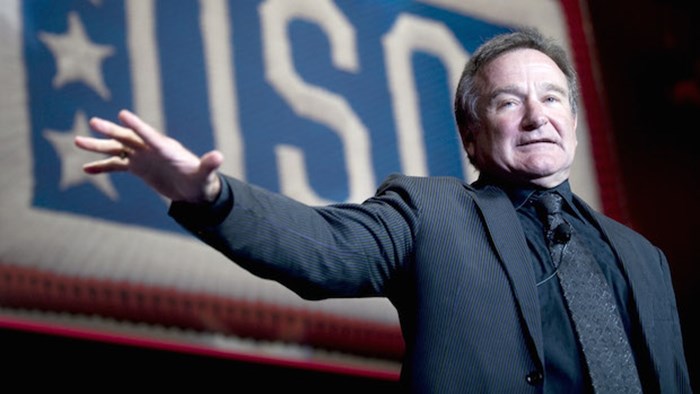 Could Robin Williams’ Faith Have Prevented His Suicide?—Jim Daly

Helpful words from Jim Daly, including a mention of our forthcoming research.

The death of comedian Robin Williams has reignited something of a nationwide conversation about suicide and mental health. After all, most know someone whose life has been touched or severely impacted by depression. My own wife, Jean, lost a brother to suicide and Jean herself has shared that she struggled with bouts of depression earlier in our marriage.

Here at Focus on the Family our counselors talk with severely depressed people every day. In fact, suicide-related calls have skyrocketed in the past few years.

It’s a somber subject, not the type of topic to try to understand or process with well-worn clichés or pop psychology.

Just the other day, in the aftermath of Williams’ death, popular Christian writer Ann Voskamp described it this way:

Depression is like a room engulfed in flames and you can’t breathe for the sooty smoke smothering you limp – and suicide is deciding there is no way but to jump straight out of the burning building … You don’t try to kill yourself because death is appealing – but because life is agonizing. We don’t want to die. But we can’t stand to be devoured.

But Ann is writing about the non-Christian, right? Doesn’t Christianity and the hope and love it produces somehow inoculate the believer from the ravages of depression and mental illness?

Many people in the United States are unaware of how evangelicals have been persecuted by Catholics. The Pope apologizes for such actions, but be sure to read the response from evangelicals in Italy to the new Pope.

He acknowledged the remarkable nature of his visit, saying: "Someone will be surprised: 'The pope went to visit the evangelicals?' But he went to see his brothers."

Pope Francis urged Christians to celebrate their unity and their diversity, the latest in a string of ecumenical overtures toward Protestants. Religion News Service has more details, as does the Boston Globe. The outgoing leader of the World Evangelical Alliance (WEA), Geoff Tunnicliffe, responded with his own apology for past Protestant discrimination against Catholics. One Italian pastor wrote on RealClearReligion that "relations between Christian confessions are undergoing a shake-up."

But many Italian evangelicals are "increasingly puzzled" by the positive reaction of evangelicals in the United States (and other countries) to the new pope.

My friend Adrian has a fascinating look at the beginning of World War I. There are so many theological emphases that were crushed by the beginning of the war (such as post-millenialism). Adrian’s article is worth a read.

The Victorian era was the time of great advance. Continual industrial revolution. Civilisation. As the 20th Century began, mankind was full of hope. The bold notion grew that the Human Spirit would itself evolve and leave behind its savage impulses.

Then, one fateful day a war began so terrible that it was called the Great War, and touted as the war to end all wars. Europe, so long seen as the seedbed of democracy and civilization descended into barbarity.

And just in Britain almost 900,000 soldiers lost their lives.

The Tower of London has been poignantly swathed with a ceramic poppy for every British soldier who gave the ultimate sacrifice for freedom.

Perhaps the biggest tragedy of all was that far from ending wars, World War I led inevitably to World War II.

And the wars have never truly stopped since.

And the savagery of men continues to be displayed both by and towards the Jewish people, driven from Europe by the culmination of centuries of persecution.

And so the war that continues exactly one hundred years later in the Gaza Strip is in some senses Europe’s war, whatever side we choose to defend.

And war continues in the Ukraine, in Iraq, in Syria, and elsewhere. Though thousands continue to die, we conveniently choose to ignore their plight, as our media, bored, moves on to the latest story.

Kevin Myers is the Senior Pastor of 12Stone Church in Gwinnett County, Georgia, joins me on this episode of The Exchange. In this clip, Kevin talks about how longevity leads to expansion. Don't forget to join me every Tuesday at 3:00 PM Eastern for The Exchange.