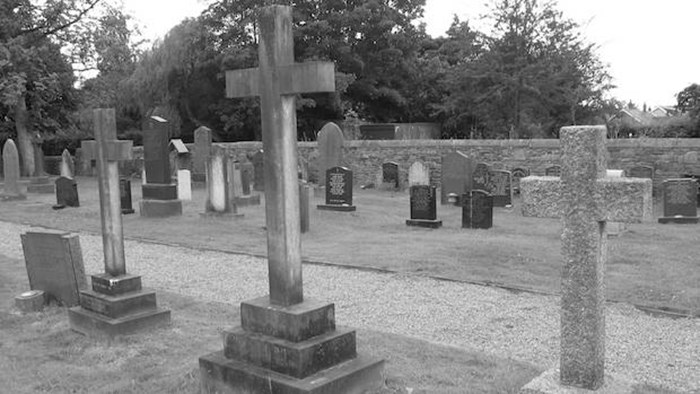 Sometimes churches die, and sometimes they should.

As shocking as this may be, the death of a church might be the best thing that could happen for the sake of the gospel within a given community.

Churches are not meant to be mere holding tanks for folks who remember “the good old days,” and if they cannot or will not fulfill their purpose, they don't need to exist.

Don’t misread me here. Not every struggling church needs to die. Some churches go through rough spots and come out stronger on the other side.

Sometimes churches die, and sometimes they should.

Many that appear to be in their winter years can be revitalized and become effective again through leadership changes or, more likely, through a powerful move of God that stirs their affections and motivates them to love and good deeds. Revitalization happens and should happen more.

Many struggling churches in their twilight years, however, face issues that may have a chokehold on them spiritually, financially, and/or relationally. In these cases, it may be best to, as graciously as possible, close the doors.

Many churches just need to close. And for many that feels like a failure.

What if Death and Replanting are Connected?

But what if, instead of merely closing the doors and walking away, there was another way? What if there could be a changing of the guard? What if, in the fertile composting soil of the dead church, a new, healthier church could be birthed to pick up the mantle of gospel work the first had begun?

Replanting is a healthy approach to dealing with a dying congregation, and it should be considered as churches find themselves facing death. I’ve written on replanting before here, but today I’d like to quickly discuss what healthy replanting might look like, since it’s becoming a more common practice.

Keep in mind that much of what follows will need to be worked out well in advance before a replant actually happens. Replanting does not happen overnight—at least healthy replanting doesn’t.

Don’t try to force it, but do consider pursuing it.

Here are some short ideas.

A new church will need a new identity so the community will know it’s a new church. You see, they've already decided the old church was not for them. They may decide the same thing about the new church. However, a new identity is a new opportunity for engagement.

Also, those who come to the replanted church also need to know that they are part of something new.

If you’ll allow me to get a little biblical: You can’t put new wine in an old wineskin.

There must be definitive and purposeful separation between the old and the new. As a general rule, I would say that anything having to do with the former congregation—except the building—needs to be begin anew, even if only for a time.

The new church will be moving in a different direction, doing different things, and hopefully, seeing different results. Continuing with the same name, though it could have some historical significance in the area, will add baggage to an already difficult proposition.Developing a new identity starts with a new name. And a new pastor coming into the area who will have a vision for reaching the community. (If there is no new vision, what's the point of closing anyway?)

Leaving Behind Some of the Old

There are reasons the old church died, and they will be associated with the name.

To use a common example, if a restaurant has a bad reputation and closes down, it is renamed before it reopens. They often put up a new sign saying they are, indeed, a new place.

Make a point to the community by saying, “This church is under new management.” A new name will communicate that the new church is different than the old.

The church’s new leadership will also need to communicate and build a core team that resonates with the new mission and vision for the church. That may, at times, mean asking that people who were left over from the former church not be a part of the core team for the new church.

That may seem harsh, so let me put it this way: the team that closed the church is not going to be the team that rebirths it. People from the old congregation may want to be a part of the new, and they will think they are not part of the old wineskin, but they often are.

There may be a time down the road when there can be a healthy re-entry of people from the old congregation into the new, but the core team must share the mission and vision that give the new church its identity.

A new name on a new sign in front of the building changes nothing if all the same people are doing all the same things inside.

(I should add a brief note that multisite changes some things—a new group comes in with the new campus and their numbers, often larger than those who might have stayed from the old church, and that can change the culture while the former church members remain.)

The transition from the death of one church to the birth of the next should be well planned, and again, it should not (and cannot) happen overnight.

For example, I'd suggest that the replant should not happen immediately after the closure of the old church.

Let it lay fallow for a while. Take down the sign so it’s clear. And then, after a time, put up a new sign with the new name. From there, treat it like a church plant that just happens to have some resources (the building and whatever other resources were gifted by the old church).

During that time, the leadership team should be built, made up of people who are committed to and passionate about starting a church to reach the community.For about three months, home Bible studies can start up in order to build and solidify the core group. Then, for the next three months, public preview services may begin to take place each month in order to introduce the new church to the community.

This down time is also the perfect opportunity to introduce yourself to your new neighbors. Send mailers and make phone calls. Let people know what is coming.

Avoid calling back people who have left the old church—at least at first. Remember, you are starting with a new identity, and those folks, especially, need to buy into it. To ensure that sort of buy in, require membership classes for everyone, so the new identity and new DNA is part and parcel of being part of the new church.

Replanting might be the right option for dying churches, but the key, and maybe the most difficult part in the whole process, is separating the new from the old.

That's certainly not the only issue. I plan to write more on the other issues, but for now, consider that replanting really means that some churches should die and remain dead—and a new church, not a reboot of the old, should be started in its place.