Are Christian divorce rates the same, or even higher, than the rest of the population? Is a happy marriage possible?
Ed Stetzer 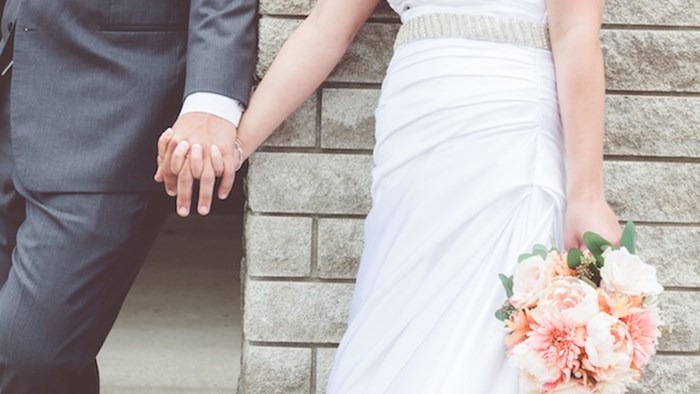 Love is in the air, and that means church signs are awkwardly communicating the love of Jesus, teenage boys are cowering before their girlfriends' fathers, and married couples are waiting two hours for mediocre Italian food while their kids terrorize their babysitters.

However, for some, Valentine's Day isn't all chocolates and roses. It is a difficult day for some as it reminds them of a recent breakup or difficult divorce.

When it comes to marriage and divorce, people are drawn to shocking statistics.

But what do the stats really say? Do Christians divorce as often as the rest of the world or even more? Is happy marriage even possible? How can anybody actually be happy in marriage?

Let's look at some research:

What the Research Shows About Marriage and Divorce

One of the most common statements that I've seen is "Christians divorce at the same rate as non-Christians," undoubtedly giving the world another opportunity to shout "Hypocrite!" This is controversial statement that is surely going to attract eyes and pageviews, but how accurate is it? Some sociologists are even reporting that religious conservatives divorce more than the rest of society.

Furthermore, we've all heard that you have a 50% chance of getting divorced, because, you know, 1 in 2 marriages end in divorce.

One of the most common statements that I've seen is "Christians divorce at the same rate as non-Christians," undoubtedly giving the world another opportunity to shout "Hypocrite!"

In a recent article on Canon and Culture that I featured in my Morning Roundup yesterday, Andrew Walker interviews Dr. Bradford Wilcox, Director of the National Marriage Project, and asks him the question, "Are religious conservatives really divorcing more than religious liberals, or more than people who have no religious affiliation at all?" Dr. Wilcox answers,

And, while we are addressing stats, let me add that no reputable study has found that 50% of marriages end in divorce—ever—though that does not stop it from spreading because people love bad stats. (The New York Times explains a bit on that stat here.)

Keep in mind that when you hear a stat that does not make sense—like going to church makes you more likely to divorce, contrary to many other studies—don't rush to assume it's true. It is often more complicated that the initial news reports.

So is a happy marriage even possible? Can anyone, Christians or not, be happy in their marriages?

What the Research Shows About Having a Strong Marriage

Shaunti Feldhahn is a Harvard-trained social researcher, popular speaker, and best-selling author of For Women Only and a number of other books.

I am thankful that Shaunti Feldhahn will be with me at the National Religious Broadcasters annual convention here in Nashville in a couple of weeks, and that I have the opportunity to interview her for TBN's Praise the Lord program at the end of this month.

53% of Very Happy Couples agree with the statement, "God is at the center of our marriage"

In her newest book, The Surprising Secrets of Highly Happy Marriages, Shanti compiles some stats and conducts some research of her own on marriage, and specifically, what makes for a happy marriage.

Her statistical findings, and the implications of these findings, are fascinating.

Here are a couple of stats that I found to be particularly interesting as it relates to faith and marriage:

She writes, "Highly happy couples tend to put God at the center of their marriage and focus on Him, rather than on their marriage or spouse, for fulfillment and happiness" (pg. 178, Highly Happy Marriages). (See her book for the methodology.)

Dr. Wilcox finds that "active conservative protestants" who attend church regularly are actually 35% less likely to divorce than those who have no religious preferences.

In all cases, notice the active element of the faith commitment.

"Nominal" Christians, however, those who simply call themselves Christians but so not actively engage with the faith, are actually 20% more likely than the general population to get divorced—perhaps there is a link between putting on a show in the religious and relational context.

Glenn T. Stanton elaborated on Wilcox' and others' findings at The Gospel Coalition.

So practically, what can we do? How can we have a strong, happy marriage? I've only been married 26 years, but I've learned a lot.

Well, since it is Valentine's Day, I'll share from my own loving relationship with Donna. We are not perfect, but here are 10 basic principles I've learned in over 25 years of marriage that may be helpful to consider as a married couple or even as a single person thinking about getting married and serving or leading a man or woman in covenant love for the rest of your life.

You can read more about those 10 pieces of advice here.

Our sin supplants sacrifice with selfishness in our marriages.

Happy, strong marriages are definitely possible, but it takes work—an ongoing effort. We're all sinners who need a Savior, and when you put two sinners together in a relationship like marriage, it's bound to be difficult sometimes.

Our sin supplants sacrifice with selfishness in our marriages. If we want to experience marriage as God created it to be, a reflection of his sacrificial love and leadership of the Church, we've got to keep him at the center of our marriages.

Your spouse isn't your Savior, Jesus is. Live that truth and your marriage will more likely thrive.

Chris Martin, my blog guy, contributed to this post, including the picture that is of him and Susie, his wife!

Marriage, Divorce, and the Church: What do the ...