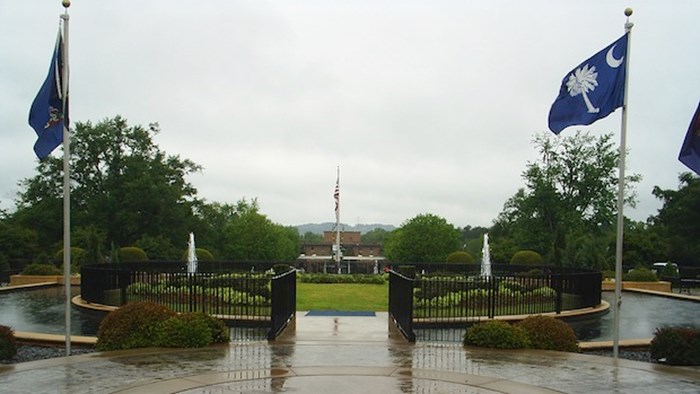 The NY Times reports on the recent firing of G.R.A.C.E. at Bob Jones University. I've interviewed the head of G.R.A.C.E. in three parts (here, here, and here).

GREENVILLE, S.C. — For decades, students at Bob Jones University who sought counseling for sexual abuse were told not to report it because turning in an abuser from a fundamentalist Christian community would damage Jesus Christ. Administrators called victims liars and sinners.

All of this happened until recently inside the confines of this insular university, according to former students and staff members who said they had high hopes that the Bob Jones brand of counseling would be exposed and reformed after the university hired a Christian consulting group in 2012 to investigate its handling of sexual assaults, many of which occurred long before the students arrived at the university.

Last week, Bob Jones dealt a blow to those hopes, acknowledging that with the investigation more than a year old and nearing completion, the university had fired the consulting group, Godly Response to Abuse in the Christian Environment, or Grace, without warning or explanation. The dismissal has drawn intense criticism from some people with ties to Bob Jones, and prompted some victims and their allies — including many who were interviewed by Grace investigators — to tell their stories publicly for the first time, attracting more attention than ever to the university's methods.

On Friday, Stephen Jones, president of the university and great-grandson of its founder, addressed students and employees, saying, "We grew concerned that in the process, Grace had begun going beyond the originally outlined intentions," but he would not elaborate. He said the university had not told Grace what its concerns were and wanted to discuss them with the consultant but could do so only face to face and felt compelled to fire the firm first. "We terminated our agreement with Grace so that we could sit down and get it back on track," Mr. Jones said, vowing to complete the investigation, with or without Grace.

All the old, dark secrets in the modern pews—Terry Mattingly

At some point before 35-year-old Jesse Ryan Loskarn hanged himself in his parents' home outside Baltimore, he wrote a painful letter soaked in shame and self-loathing in which he attempted to explain the unexplainable.

The former chief of staff for Sen. Lamar Alexander (R-Tenn.) had lived a secret life, hiding memories of child abuse and his addiction to child pornography. Even as U.S. Postal Inspection Service agents used a battering ram to enter his house, it appeared that he was trying to hide an external hard drive - containing hundreds of videos - on a ledge outside a window.

"Everyone wants to know why," he wrote, in a Jan. 23 letter posted online by Gay Loskarn, his mother.

"I've asked God. I've asked myself. I've talked with clergy and counselors and psychiatrists. I spent five days on suicide watch in the psychiatric ward at the D.C. jail, fixated on the 'why' and 'how' questions: Why did I do this and how can I kill myself? ... There seem to be many answers and none at all."

Shock waves from these tragic events were still rippling through closed-door gatherings of Beltway insiders this week when the Rev. Jay Dennis came to Washington, D.C. Dennis arrived for meetings linked to the Join One Million Men anti-pornography initiative, which was approved last summer by the nearly 16 million-member Southern Baptist Convention. People who thought they knew Loskarn were, of course, shocked by the details of his terrible secrets.

"Secrets always have power. ... Here was a secret that literally put this man in chains," said Dennis, the veteran pastor at First Baptist Church at the Mall in Lakeland, Fla. "People are still grieving, of course. They are shocked and in a state of disbelief. ...

No, Christianity is Not Bad for Marriage: Brad Wilcox on Red State Family Structure and Protestantism—Andrew Walker

Helpful analysis on the more recent research on marriage and Christianity. A reminder, if something sounds odd (going to church makes you divorce more) and contrary to everything you've heard, ask more questions...

Walker: Conservatives, and particularly conservative Protestants, are known for waving the "family values" flag, yet for years our divorce numbers have beentroublingly high. That Christians divorce at the rate they do is a major inconsistency in the theology we profess.

A study titled Red States, Blue States, and Divorce: Understanding the Impact of Conservative Protestantism on Regional Variation in Divorce Rates has been published in the American Journal of Sociology. And it suggests that our very faith is a big part of the reason we now are divorcing at even higher rates than others.

First, is this true? Are religious conservatives really divorcing more than religious liberals, or more than people who have no religious affiliation at all?

Walker: The study seemed to show that the theology held and practiced by religious conservatives isn't just a small contributor to divorce—it's the major driver behind rates of divorce. Do you agree with that conclusion?

Download this week's episode of The Exchange Podcast with Carlos Whittaker.

New York Times bestselling author and speaker Stephen Mansfield joined Ed to discuss a wide range of topics, such as the faith of past and sitting presidents, church leadership, and manhood. In this clip, he discusses the faith of President Barack Obama, which he wrote about in his book titled the same, The Faith of Barack Obama. Don't forget to join me every Tuesday at 3:00 PM Eastern for The Exchange.