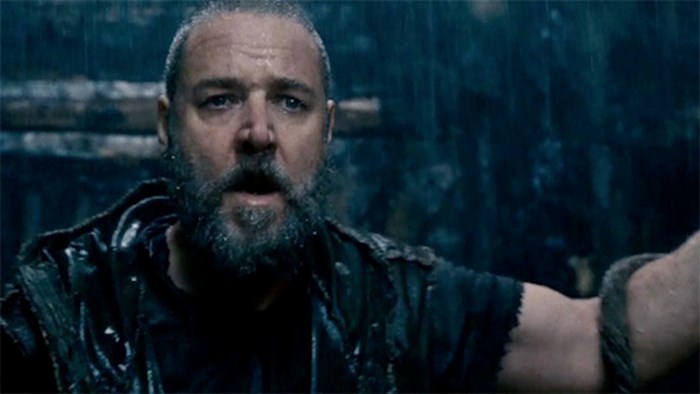 I've been doing a series, looking at the issues of the Noah movie (both positive and negative). Here is Phil's advice (with which I agree, if you are wondering).

You've probably heard the controversy about the upcoming Paramount Pictures movie "Noah." In the last few weeks, I've seen numerous blogs, social media posts, and commentaries on the movie – usually criticizing it and detailing how far it strays from an accurate Biblical portrayal. But as of this writing I'm one of only a handful of people who've actually seen the movie. Which is probably why I'm a bit bothered at the condemnations and protests from Christians who have never actually watched it. That's why I felt compelled to write this post. Is the story an exact Biblical representation? No. For one thing, the Noah story in the Bible is remarkably short. We don't know what happened inside the ark during the voyage. We don't know what Noah was thinking. We don't know the family dynamic. So the filmmakers added to the story. And honestly, there are "extra-Biblical" elements in the film. These are things that don't line up with the Biblical account at all. If I had directed the film, I wouldn't have added them, but this isn't my film.

Last week, at the National Religious Broadcasters Convention in Nashville, three people who have seen it – NRB President Dr. Jerry Johnson, John Snowden, who was the Biblical advisor on the film, and myself (as an NRB board member) showed never before seen clips from the movie and led a discussion with hundreds of NRB members. This is Dr. Johnson's response, and here's John's take. And from my perspective, in spite of non-Biblical elements in the film, and obvious reasons of concern for Christians, in a capsule form, here's why I think Christians need to see the movie:

1. I've been on the set. I've talked to the Chairman of the Studio, as well as the producer, director, set designer, and even the star – Russell Crowe. Not once did I ever get the feeling they were anything but serious. They didn't mock the story, went to great lengths to get the ark built to exact Biblical measurements, and did an amazing amount of research. In fact, writer Ari Handel and director Darren Aronofsky have been working on this script for 16 years.

We did some research on this topic. Here is an excerpt from that research.

"Messiah" was the 387th most popular boys name in the United States for 2012, just after "Scott" and right before "Jay," according to the Social Security Administration. That's up from 904th place in 2005.

When asked if parents should be able to name their child "Messiah" or "Christ," 53 percent of Americans strongly agree and another 21 percent somewhat agree.

Only one in five (21 percent) disagree, with 10 percent strongly disagreeing, and 11 percent somewhat disagreeing.

Researchers also asked Americans to respond to this statement: "Judges should be allowed to change the name parents give their children if there are religious implications to those names that some people might find offensive."

About one in five agreed with 8 percent strongly agreeing and another 11 percent who somewhat disagree.

Now the court has ruled and the magistrate involved was censured.

A former Tennessee magistrate who changed a baby's first name from Messiah to Martin was censured Monday.

Lu Ann Ballew said at the time that Messiah was a title held only by Jesus Christ. Ballew's attorneys have argued that she was acting in the child's best interest because having the name Messiah could make his life difficult.

Board of Judicial Conduct Disciplinary Counsel Tim Discenza said in a phone interview that a panel of the board voted unanimously in Dandridge for a public censure. Discenza said public censure is the probably most serious sanction the board could take against Ballew, given that she already lost her position as a magistrate.

The decision for which Ballew was censured came in August, when Jalessa Martin and Jawaan McCullough appeared before Ballew at a child support hearing in Newport about their 7-month-old son Messiah Martin. As part of the hearing, the father requested the baby's last name be changed to McCullough.

Ballew surprised both parents by ordering that the baby's name change to Martin McCullough. Ballew's decision was overturned in chancery court a month later, and both parents agreed to name the baby Messiah McCullough.

Ballew spoke to a local television station after she changed Messiah's name, saying, "The word 'messiah' is a title that has only been earned by one person, and that one person is Jesus Christ."

Her decision quickly made international news, prompting the Wisconsin-based Freedom from Religion Foundation to file a complaint with the Board of Judicial Conduct

As a child support magistrate, Ballew served at the pleasure of the chief judge of Tennessee's fourth judicial district. He replaced her last month, but Ballew still had to face the disciplinary hearing.

So glad to see I will be working with David Dockery at Trinity. The leadership there has made a great choice.

He replaces Craig Williford, who opted not to renew his contract last year and instead take a sabattical after leading TIU through the largest capital campaign in the school's history.

"We are indeed grateful to be given the privilege to provide leadership for an institution with a strong commitment to the preparation of leaders for the global church, an opportunity that we find both exciting and daunting, inviting and intimidating," Dockery said in TIU's announcement (full text below). "To be granted such a key leadership role for the larger evangelical community in this country and around the world for the coming years of the 21st century is certainly a great blessing and a joyful opportunity to contemplate."

As president of Union, Dockery recently responded to a campus tragedy involving two commuter students where a Christian Studies student allegedly shot and killed his fiancée, also a student, and adjusted the scene to look like a suicide.

In a statement, Dockery said, "words motivated by hatred or judgment are not helpful to anyone. I want to encourage us to pray for all the families connected to this tragedy."

Rev. Samuel Rodriguez is the president of the National Hispanic Christian Leadership Conference. He was nominated by TIME Magazine as one of their "100 Most Influential People in The World" and was the keynote speaker at 40th anniversary commemorative service at Ebenezer Baptist Church in Atlanta.

Sammy joined Ed to discuss the Latino Reformation and his new book The Lamb's Agenda (Thomas Nelson, 2013). In this clip, Rodriguez talks about the importance of the Latino community in the future of evangelicalism. Don't forget to join me every Tuesday at 3:00 PM Eastern for The Exchange.