Christians, the "culture war", and the status of religious liberty in the United States
Ed Stetzer 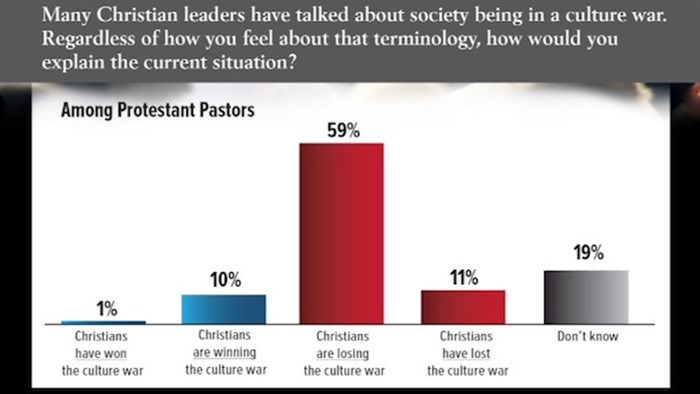 Yesterday, Kirsten Powers, who recently shared her testimony in Christianity Today, set the interwebs on fire with an article about a recently withdrawn Kansas bill. She explained:

What's the matter with Kansas? A bill protecting the religious freedom of businesses and individuals to refuse services to same-sex couples passed the state House of Representatives last week. It was blessedly killed in the state Senate on Tuesday.

Similar bills have cropped up in a half-dozen states in an effort to protect anti-gay religious believers against lawsuits. A florist in Washington state, a Colorado baker and a New Mexico photographer have been sued for refusing to serve gay couples getting married. They say to do so would be to "celebrate" nuptials at odds with their Christian faith.

It's probably news to most married people that their florist and caterer were celebrating their wedding union. Most people think they just hired a vendor to provide a service. It's not clear why some Christian vendors are so confused about their role here.

Whether Christians have the legal right to discriminate should be a moot point because Christianity doesn't prohibit serving a gay couple getting married. Jesus calls his followers to be servants to all. Nor does the Bible call service to another an affirmation.

Evangelical pastor Andy Stanley leads North Point Ministries, the second largest church in the U.S. He told me he finds it "offensive that Christians would leverage faith to support the Kansas law." He said, "Serving people we don't see eye to eye with is the essence of Christianity. Jesus died for a world with which he didn't see eye to eye. If a bakery doesn't want to sell its products to a gay couple, it's their business. Literally. But leave Jesus out of it."

We've done research on this before and specifically addressed some of the issues at hand. In a previous study, we found:

82 percent disagree employers should be allowed to refuse employment to someone based on their sexual preference.

The fact is that many Americans (and some evangelicals) are divided on some of these issues. This conversation is far from over and people are considering questions of religious liberty.

What is not as much in debate is the perception that religious liberty is eroding. In some new research, we found that Protestant pastors are concerned.

Here is a portion of the study we've released today from LifeWay Research on religious liberty:

A survey from Nashville-based LifeWay Research found seven out of 10 senior pastors at Protestant churches say religious liberty is on the decline in America. About seven in 10 also say Christians have lost or are losing the culture war. The telephone survey of Protestant senior pastors was taken Sept. 4-19, 2013.

Seventy percent agree with the statement, "Religious liberty is on the decline in America." Twenty-seven percent disagree. Self-identified evangelical pastors (81 percent) are more likely to agree than mainline pastors (47 percent).

Researchers also asked pastors to respond to this question: "Many Christian leaders have talked about society being in a culture war. Regardless of how you feel about that terminology, how would you explain the current situation?"

Evangelical pastors (79 percent) are more likely than mainline pastors (60 percent) to say Christians are losing or have lost the culture war.

I don't use the term "culture war" for several reasons, but I do think there is a growing perception that, if there was such a war, evangelicals are on the losing side and that is now having religious liberty implications.

I imagine we will hear much more of this in days, weeks, and years to come.

Here are graphics of some of the data. Feel free to post and dialogue about them on your own blog or website. 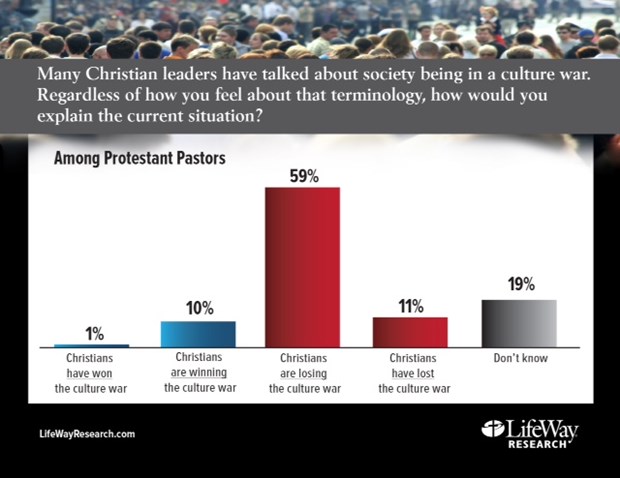 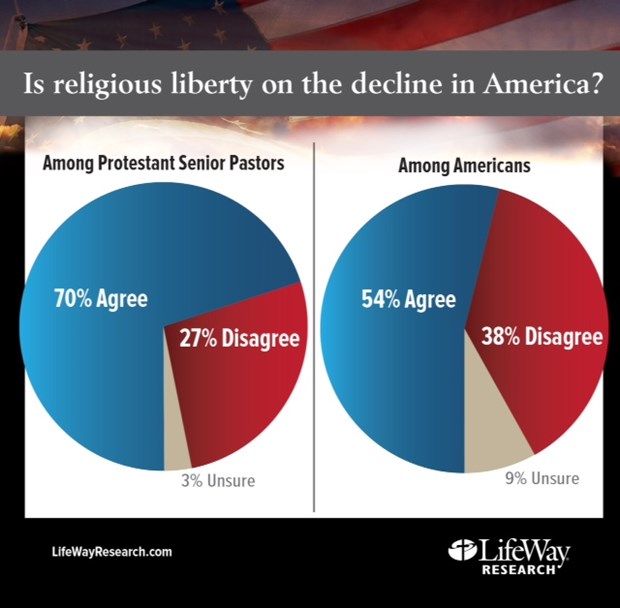