Church community is not a once- or twice-a-week event—it's a matter of doing life together.
Ed Stetzer 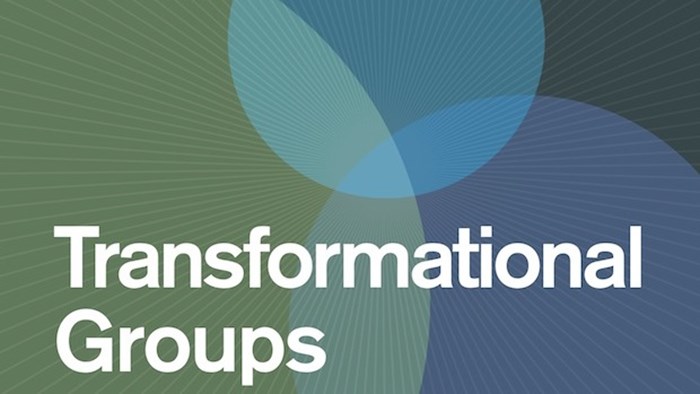 Recently Eric Geiger and I wrote a new book that we believe is very important for the church. The book is called Transformational Groups. We use the word "groups" generically, not simply as a reference to small groups. It can refer to whatever group strategy you use for discipleship, whether that be small groups, missional home communities, Sunday School, or something else entirely. We are convinced that the church has emphasized the weekend worship service so strongly that they have often neglected the importance of groups. This is tragic because we are convinced that groups are God's design for making disciples.

Below I have included an excerpt from the book that speaks to the creation of the right culture for community to happen. Over the next few weeks I want to feature a few selections from the book that I hope are helpful to you, and I hope will help us recommit ourselves to the importance of groups in our churches.

So many churches are trying to get larger. They put a lot of time, energy, and money into their pursuit of getting bigger. The church needs to make getting small a priority. Church-health proponents are reminding pastors that the bigger the church gets, the smaller it has to get. In our research survey two-thirds of pastors told us they believe discipleship happens most effectively either one-on-one or in a group of fewer than five.

We want people gathered in worship, then in smaller groups. But we also want to push down further and have them in one-on-one discipling relationships. When we write about groups, we are using that term generically. They could be cell groups, home groups, Bible study classes, adult Bible fellowships, Sunday School classes, or accountability groups. We're less concerned about the place than we are about what they're doing, the purpose, and how they are accomplishing that purpose.

When it comes to group development, churches appear to be either prone to strategy or prone to organic experience.

When it comes to group development, churches appear to be either prone to strategy or prone to organic experience. With strategy churches can fall prey to an assembly-line mentality. With organic experience they may never do anything. There is room for a third category: a strategic culture of community.

Sometimes organic is used to describe anything that happens unintentionally. It is erroneous to believe that anything ever happens just because it happens. Organic experiences are actually birthed out of the culture and the ethos that is developed in the church.

Since most people who come to church are still enmeshed in the individualist mind-set, groups are not on their radar. Most pastors overestimate the willingness or desire of people to jump into small community.

We need to create systems that move people from being passive spectators to becoming active participants in small-group life. Having a system that says, "We track this," is important. Several computer programs are designed to help churches keep track of where people are in the process. They track first-time guests, second-time guests, whether they've been contacted, etc. But the idea is moving them toward a group.

Creating this culture involves more than the pastor saying, "OK, everybody move from rows to circles." They're not going to move because the pastor preaches a series about community or hangs a diagram on the wall. Belief followed by strategy and culture moves people to community.

Community is not just Monday or Tuesday night for two hours; it is every day.

We surveyed people who had left group life for whatever reason. We found a large number reported they would be willing to come back to a group, but they wanted more than just a weekly study. This indicates that their last group didn't deliver what they were expecting. They expected more than a study, but what they got was a study. This is why over the last twenty years some of the group gurus emphasized the importance of relationships and shepherds. People who are doing life together aren't just going to group once a week; they are connecting throughout the week. They go out to movies and have dinner together. The group meeting is just one of the things they do. They also do life together and wrestle with tough questions.

The group meeting is simply the time they gather. They are in community all week long. Community is not just Monday or Tuesday night for two hours; it is every day.

At Grace Church, the church where I pastor, the groups emphasize the 1-4-1 rhythm of community each month:

That's the type of group we long to see in churches. If people are not experiencing this type of connection, they're fooling themselves with a false sense of community. If they are just going to church, watching the show, sitting there in rows, and facing forward like mindless automatons, they are missing community. The end result is that they are not experiencing the spiritual growth God has for them. The research is telling us that people want relationships and they're not getting them.