In an interview with Tabletalk Magazine I share a bit about my testimony, my ministry, and my research.
Ed Stetzer 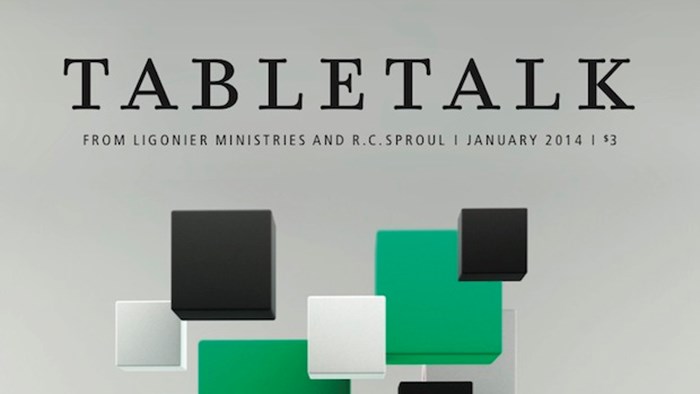 My friends at Tabletalk recently asked me to do an interview. I was thrilled to agree. I also agreed to write an article in the next issue on mission.

Be sure to subscribe here. Here is the interview:

Tabletalk: Please describe how you became a Christian and your current ministry.

Ed Stetzer: I grew up on Long Island, outside of New York City, in a nominal Irish Catholic home. My sister was the first in my family to hear the gospel and trust Christ. She rode a church bus from our home in Levittown to a small congregation nearby. She heard about grace and mercy and began to share the gospel with the rest of us.

My mother soon became a Christian, shortly before we moved from New York to Florida. I saw something in my mom that I lacked and I wanted—a changed life. Yet her world came apart. A daughter with cancer at age 12. Moving far from home and family. Soon, a divorce. But she had Christ, and He gave her strength. 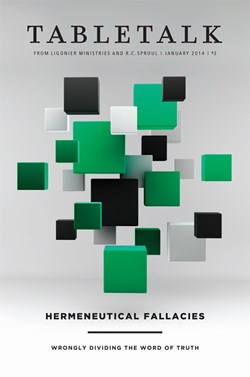 My mother started attending a mainline Protestant church and then encouraged me (forced me, really) to go as well. Eventually, she pushed me into going to a retreat where she knew the gospel would be shared. In the back of a camp chapel (where the boys sat who did not want to be there), I heard the gospel message as the speaker invited me to trust and follow Christ. On August 13, 1977, I did just that.

I was called to pastoral ministry first as a church planter in Buffalo, N.Y., and Erie, Pa. However, my ministry journey has made many different stops as a pastor, professor, teacher, and strategist.

My current ministry has many aspects. I am president of LifeWay Research, and I also oversee communications and ministry development for LifeWay Christian Resources as a whole. I am general editor of The Gospel Project, a curriculum used by half a million Christians each week. I teach at a few seminaries in the area of missiology, and I speak to groups and denominations about mission, evangelism, church revitalization, and church planting. I am also pastor of Grace Church in Hendersonville, Tenn., which I planted with a group of people three years ago.

TT: What does it mean for the church to be "missional"?

ES: Spurgeon once said, "Every Christian is either a missionary or an impostor." Though we might want to clarify the language, the impulse is what we need—every Christian is called to live on mission.

So, to be missional means that a church realizes it exists to join Jesus in God's mission in the power of the Spirit.

Mission is rooted in the identity of God Himself. God is on a mission, and Jesus is the embodiment of that mission. Jesus identifies Himself as being sent more than forty times in the gospel of John. Then, near the end of the gospel of John, He says, "As the Father has sent me, I am sending you" (John 20:21).

The church is sent on mission by Jesus. It's not that the church has a mission, but rather that the mission has a church. We join Jesus on His mission.

To be missional means that a church realizes it exists to join Jesus in God's mission in the power of the Spirit.

A missional church is one that seeks to engage all of the church in the activity God has for them—His mission. Our goal should be to move them from just sitting in rows to living in such a way that they are engaged in the work God has for them.

That mission might be in, through, or beyond the church, but it is ultimately rooted in obedience to Christ and obedience to His call.

TT: How does your emphasis on mission affect your own life?

I'm not perfect, and need to do more, but I seek to do that in a few ways:

First, I'm on mission in my neighborhood. I've intentionally focused on my eight nearest neighbors, with most of whom I've shared the gospel, and seven of eight have come to something related to our church (a small group or worship service), or I've shared Christ in their home. I have baptized four of them.

Second, I lead a small group every Sunday night in my neighborhood to reach my neighbors and my community. We study The Gospel Project, live in community, and engage in mission together.

Third, I planted a church and still serve there in a volunteer capacity as lead pastor to reach our community for Christ, serve the hurting, and plant more churches.

We just launched our second campus in a socioeconomically depressed area about twelve miles from our first location.

TT: What is one of the most surprising things you've discovered in your research?

ES: One of our more recent projects, which led to the development of the Transformational Discipleship Assessment, found that 80 percent of those who attend church one or more times a month believe they have a personal responsibility to share their faith, but 61 percent have not told another person about how to become a Christian in the previous six months.

Maybe I should not be surprised, but it is telling to me that so many people say they believe something, yet do not act on it.

ES: The Pew Forum on Religion & Public Life released data in 2012 in which they indicated that the number of Americans with no religious affiliation (identified as the "nones," as in "none of the above") is climbing.

A big part of what is happening is that the "nominals"—and by that I mean nominal mainline Protestants primarily, but nominal evangelicals as well—are shifting and becoming the "nones."

This makes sense, as the cultural currency (in other words, the value a society places on identifying as a Christian) is decreasing. Thus, we see a movement away from Christian identity as a cultural value.

I think it's fair to say three things about the rise of the "nones" (and I've condensed these from an article I wrote for USA Today):

Second, the "squishy middle" is collapsing. Nominalism will go its way. I believe the future of Christianity in North America will look more like the present-day Pacific Northwest, where there are robust churches (with fewer nominal believers) preaching the gospel in a predominantly post-Christian context.

Third, and finally, it is still a vast overstatement to see this as a collapse of the Christian faith in North America. The reality is that evangelicals have been relatively steady as a percent of the population over the last few years; however, there is still great cause for concern here—and for action.

TT: How should the church respond to the growing number of people who claim no religious affiliation?

ES: I think it is both a concern and an opportunity. I am concerned that people are moving away from any religious memory that so many churches could appeal to. In other words, you can't bring the nones back to church—they simply don't find it appealing.

But I also see an opportunity for churches to state clearly what a Christian is, as others are no longer claiming that title as frequently. Furthermore, teaching believers to live on mission in their contexts, rather than just to bring their friends to church, is how we will reach the nones.

So, as society moves away from Christian identification, let's meet them on the road and say, "We did not believe in that expression of Christianity anyway. Let me tell you about Jesus and how He changes everything."