What do Christians do about mental illness? Do we look to Scripture, science, or both?
Ed Stetzer 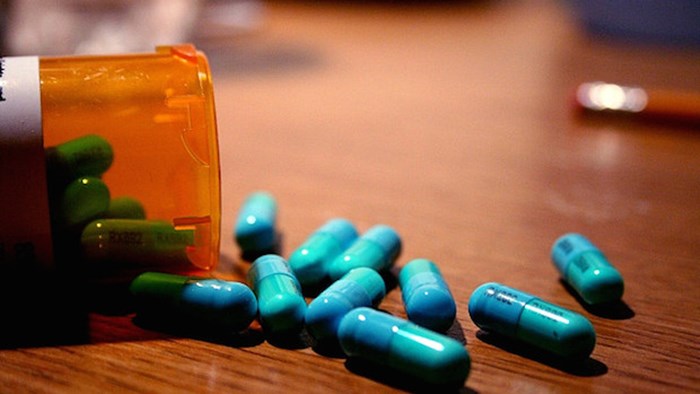 Recently, a church member shared two stories on mental health that I thought were fascinating and worth considering.

But today, I want to address the two helpful articles from Heath Lambert, executive director of the Association of Certified Biblical Counselors (formerly the National Association of Nouthetic Counselors or NANC), one of several biblical counseling organizations.

In the articles, Dr. Lambert refers to myths about what the ACBC believes.

First, he addressed the myth that the ACBC is against the use of medication.

Taking psychiatric medications is controversial. Many people have legitimate questions about their use and effectiveness. Such questions and controversies are not unique to Christian conversations, either. Plenty of secular and medical professionals are writing book-length critiques of the use psychoactive medications.

My job here is not to argue that the use of psychiatric medications is uncomplicated. My job is instead to state that the decision to use them is outside the professional purview of most counselors. Most people doing counseling today—of the biblical or secular variety—lack the medical licensing required to authorize the use of prescription medications. This means that most counselors lack the training and permission to be able to put people on or take people off of these medications.

The reason we teach our counselees to handle the issue of medication this way does not only have to do with their lack of a medical degree. The reasons also have to do with loving others well. When someone comes off these medications it can have a very serious effect on the body. A person's life can be threatened. These kinds of medical decisions where the health and safety of a human being are at stake must be left to medical professionals.

Does this mean that it has never happened that a NANC counselor somewhere has told somebody to quit taking their medication. No. In fact, I'm relatively confident that it has happened. I am also confident that there is a cashier or two at the grocery store down the street that has stolen money from their register. When they steal the money, however, I don't think they do it because the manager told them to. I also don't think that if the manager found out about it that they would be awarded employee of the month.

Second, he addresses the myth that the ACBC is against science.

Well, as I said before, I'm really not sure. Perhaps it is like the myths Arminians spread about Calvinists that they don't share the gospel. Maybe it is like the myths Calvinists spread about Arminians that they don't really trust God's sovereignty. It is all too easy to spread a caricature of someone's position instead of engaging the real thing.

It is a myth that NANC counselors don't care about medical science. We care a great deal about it. We show that care in leaving the practice of medicine to those who know how to do it as a part of their vocational setting. We also show that care by refusing to prescribe physical remedies to spiritual problems that Jesus wants to heal.

These are excellent articles, though I'd like to suggest one nuance. These are not myths solely because people are maliciously spreading rumors (like Arminians and Calvinists, or vice versa, to use Heath's example). These perceptions exist because many of us have run into such situations.

So, I'm not sure the example of the rogue cashier is the right example. The beliefs that Dr. Lambert writes against are not fringe, because I've run into them on many occasions. (Of course, I could be hanging around too many fringe people!)

My views are probably clear in some of the articles linked earlier. I do, indeed, believe that medication is called for at times (and, Heath's description is just right). As I've written in a previous post on the issue, there is a distinction between a spiritual struggle and a mental illness that we must keep in mind.

If I'm struggling with grief, with sin, or with any host of issues, having people who can encourage me or even counselors in the Christian tradition are wonderful. But there is a difference between that and mental illness, which is a physiological reality.

We wouldn't shame someone for getting a virus. Why do we shame someone for having a chemical imbalance that leads him or her to a lifelong struggle with depression? Often there is an expectation—because we really do believe, as the Apostle Paul writes to the Philippians that "I can do all things through Christ who strengthens me." But that doesn't mean that we don't need the support of the community to do those things. It doesn't mean we don't need medical help to do those things.

Now, I do indeed believe we can learn some things from psychology (and psychiatry). However, as Christians we would also believe that much of those disciplines are built on a faulty worldview and must be (at least partly) rejected. Yet, since all truth is God's truth, there are parts of psychology and parts of psychiatry that we accept, parts we adapt, and parts we reject. (You might find this presentation helpful to consider the different approaches.)

However, this is a very complex and hotly debated issue. I've learned that I am still learning—and my recent interactions with Stan Jones, Eric Johnson, Tim Clinton, David Murray, and others have deepened my awareness that they know more about this that I do.

Yet, I thought it worth mentioning that I deeply appreciate Heath's articles—and I'm trying to bring attention to them. Why? Because they may be myths about the ACBC as a whole, but they are not myths to many who have worked with biblical counselors. And, many Christian counselors read my blog and this may be of help to them.

I hope these articles can be helpful resources for those facing a biblical counselor who rejects any and all forms of medical treatment for mental illness. You can use these to say, "Look, even the ACBC agrees there may be a need for medicine in some cases."

I am deeply indebted to Jay Adams and all that I learned from the nouthetic counseling movement. I'm not a counselor—and it's been a long time since I've done pastoral counseling—but guided, biblical, and scripture-rich counseling is where I go. It's all I have to give and there is nothing more appropriate to give.

But, yes, I believe we can take the healthy parts of psychology and psychiatry and use them in counseling. Furthmore, there may be physiological reality that require medical intervention. I'm concerned that many Christians appear to not see that-- believing that prayer and Bible study alone can cure genuine mental illness (a view I don't generally share, miraculous intervention an exception).

In our recent research, we found:

A third of Americans – and nearly half of evangelical, fundamentalist, or born-again Christians – believe prayer and Bible study alone can overcome serious mental illness. The survey also found most Americans (68 percent) would feel welcome in church if they were mentally ill.

Fifty percent of those 18-29 years old say prayer and Bible study could overcome mental illness. That number falls to less than 30 percent for those 55-64.

Of course, this was just a single question. It was not intended to be an exhaustive look at the issue, or a reflection of what biblical counseling actually is. It was just a snapshot question-- leading us to more research to be released soon.

However, with this view being so prevalent, particularly among evangelicals, I'm thankful for Heath's articles and find myself in agreement. My hope is that these myths will, indeed, be busted among biblical counseling practitioners and those who follow them.

I imagine that people feel strongly on the issue and I invite you to critique my thoughts, or any of the stated positions on the issue, as long as you do so graciously.

You might appreciate the interview I did with Tim Clinton of the American Association of Christian Counselors (AACC) that addressed some of these issues. I look forward to keynoting the AACC national conference this year where I will share some of the new research we are doing in partnership with Focus on the Family and others.

Several of us will be a part of North American Mission Board panel dealing with issues of mental health and the church next week in Baltimore. The breakfast is open to anyone who registers.