How does church planting relate to the Great Commission and Jesus' call to reach the nations?
Ed Stetzer 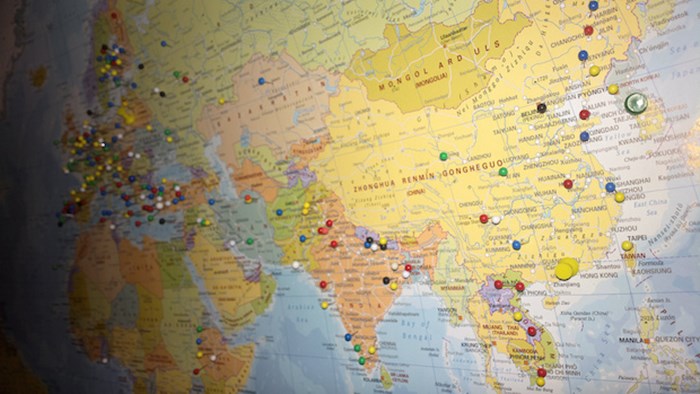 This article was originally published in Tabletalk by Ligonier Ministries. Be sure to subscribe.

The Great Commission. Neither the words "great" nor "commission" are in the text, but the descriptor fits. This "authoritative order, charge, or direction" is "unusually large, extreme, and notable" (borrowing phrases from textbook definitions of both words). But why?

The sheer scope of the assignment is embodied in the two little words: all nations. This phrase is translated from the Greek panta ta ethnē. It is often the subject of significant discussion. When many people hearethnē, or "nations," they think of countries. But when Jesus spoke those words, there were no countries as we understand them today. The nation-state is an invention of the modern era. In Jesus' day, there were groups of people, and there were empires. So, Jesus spoke of peoples—all peoples.

When Jesus said "to all nations," He did not mean exactly what missiologists like me want to read into the text—as if He was speaking of the eleven thousand ethnolinguistic people groups in the world today. However, He meant to identify more than simply the non-Jews or Gentiles. He spoke to a Jewish people who knew that God created the nations at Babel (Gen. 11:9), called the nations "up to Jerusalem" (Isa. 2), displayed the tongues of the nations at Pentecost (Acts 2), and will be worshiped by men and women from every tongue, tribe, and nation forever (Rev. 7).

In other words, when Jesus spoke of going to the nations, the hearers of His day knew the immensity of this remarkable task. The idea of "the nations" was not new to them—though Jesus was changing how the people of God engaged them.

In speaking of the nations, Jesus reversed the direction of mission.

In speaking of the nations, Jesus reversed the direction of mission. It was no longer that the nations were to go up to Jerusalem (Isa. 2), but that the disciples were now to go out from Jerusalem (Acts 1:8).

Upon hearing those words, the disciples took action. What they did reveals what they thought Jesus meant when He told them to go to all nations. They went to all nations—and planted churches. And so should we.

When Jesus said, "all nations," He redirected the mission and sent His people to the nations. Depending on who counts and how they count, there are more than six thousand unreached people groups. Just less than three thousand of those are unengaged, meaning there is little to no witness present.

The nations matter in the Great Commission, and God is calling us to plant churches among those (and other) nations. They need new church plants.

In research released last year by Gordon-Conwell Theological Seminary, missiologist Todd M. Johnson and his team found that nearly twenty percent of non-Christians in North America do not personally know a Christian. More than seventy-five percent of the Sikhs, Hindus, and Jains living in the U.S. do not know a Christian. The same is true for more than sixty-five percent of Buddhists, Shintoists, Taoists, Zoroastrians, and practitioners of Chinese folk religion. Even forty-two percent of Muslims acknowledge that they have no close Christian contacts. They need new church plants.

In the U.S. alone, there are more than five hundred unengaged, unreached people groups.

But, even people in majority culture need new churches. The church is central to God's mission to proclaim the story of Jesus to every man, woman, and child. As we look to the New Testament, we see that intentional church planting, under the guidance of the Holy Spirit, was a key method used by early churches to obey Jesus' command. That should be true today. And that includes planting churches in urban centers, growing suburbs, rural communities, and more. They need new church plants.

The Great Commission cannot be fulfilled without church planting. Jesus told us to disciple, baptize, and teach. Those three things are done in the context of a local church. If you want to see people become disciples, be baptized, and taught the Word of God, be it in a large American city or a rural Asian village, church planting must be one of the means.

Don't let your church be a cul-de-sac on the Great Commission highway. The nations—and the lost in this nation—need more. They need new church plants.