The motivation behind having different worship services is key.
Ed Stetzer 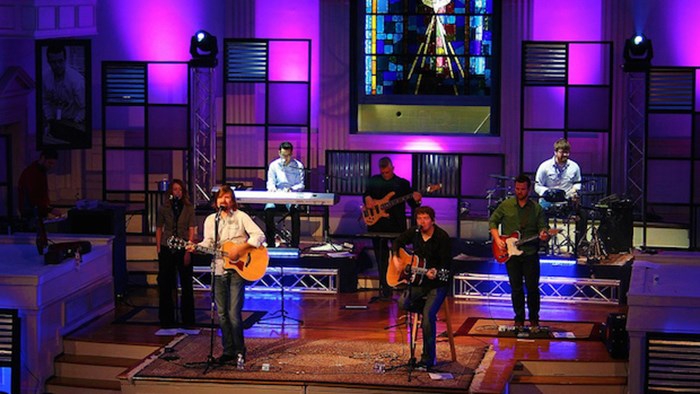 Having multiple services with different musical expressions has become the accepted norm for many churches. Signs and websites routinely advertise "contemporary, traditional and blended services." Lask week, at the Momentum Conference in Ohio, I mixed it up a bit with Derwin Gray of Transformation Church, who thinks it is a bad idea. Tullian Tchvidjian has expressed similar thoughts when they did away with their traditional and contemporary services.

But, I'm of a slighty different view than my two friends—not a LOT different, but I think the motivation for such an approach matters.

In other words, whether or not having multiple service styles is appropriate depends heavily on the motivation behind the services. Are they driven by a consumerist mindset, seeking to cater to the preferences of the audience, or are they fueled by a desire to worship in a way that matches the context(s) of the congregation and surrounding community?

Has the church added worship services as a response to complaints from members or the context in which God has placed them?

After a few years of "worship wars," many churches decided to create multiple services based primarily on worship styles or worship preferences. As a result, the "Traditional Service," which normally had the backing of the older members (often with those who gave most of the financial support to the church), got the coveted 11:00 AM time slot, while the younger members (with little children) had to drag themselves and their half-dressed, unfed kids to church by 8:00 AM or earlier in some cases.

Over time, this changed and many now have the traditional service early, as it did (generally) experience the growth of a contemporary.

Preference pandering only further engrains consumerism in the church.

Often times, this was not a change flowing from a missional strategy, but rather one dictated by the consumeristic mindset of the church—we have to keep the customers happy. And, the problem is that it has often proven impossible for us to constantly feed our own preferences and have any appetite left to help the actual needs of those outside the satisfied family.

So, let me start by saying that a church should not be blackmailed into adding worship services by anyone in the congregation. I am not OK with older members saying, "Listen, we want this music and we pay all the bills. We'll let you go have your contemporary service, but we want you to pander to us." Nor am I OK with all the young people saying, "You know, I'm tired of those hymns; we want something cool and hip. If not, we're leaving." Preference pandering only further engrains consumerism in the church.

They were driven by complaints.

Finding Meaning in Style not the Savior

Unfortunately, this will continue until our people are taught to find their contentment solely in Jesus and their worship driven focus by God, rather than having their preferences indulged. If you're simply coming because this is "my kind of thing," then it's just pandering to the consumer preferences of Christians.

The right question, the right starting point, is to ask, "What form of music would best suit our context?"

No one is thrilled about the solution, but they are at least satisfied that the "other side" didn't get their way. When additional services or this type of compromise are chosen on the basis of the preference of the people, we have wrong starting point.

The wrong question to ask is "What type of music do I like?" That's finding satisfaction in the style and not the Savior.

The right question, the right starting point, is to ask, "What form of music would best suit our context?"

And, if that takes more than one expression, that's OK.

I've written before that God can use any musical style, but that those decisions are best made in recognition of the cultural context. I would argue there is no such thing as Christian music; there's only Christian lyrics. God can and does use any form of music for His glory and honor.

Throughout history, the church has condemned forms until they become mainstream. Culture changes, and the church eventually says, "That's OK. We were just kidding that whole time. Sorry, we drove out a whole generation."

Unfortunately, churches, when given the choice to do so, will choose their traditions over their children. We've seen it time and time again.

Finally, before proposing a solution, let me say that I am just talking about style here. Yes, I understand (and have opinions on) the regulative principle, liturgy, the Eucharist, marks of a church, and a hundred more ideas—but this is not that article. This is simply about style—and how we choose the cultural form (in this case musical style) in which we do the biblical commands of worship. And, unless you are simply reading Psalms aloud in worship, you have a cultural form.

A Better Way—Choosing Worship Style Based on Mission in Context

Now, here is why I differ slighly with those who think that having different styles might be a problem. Simply put, when you are driven by mission, not preference, you might find more than one approach appropriate.

That's already obvious in one way—if people speak English and Spanish in the community, you might need a service for each language. But, there also might be cultural differences (or even generational differences) where a church on mission might very well want to have two services with different approaches.

So, after you understand your cultural context, you may see missional benefits to additional worship services with different musical styles. God may have placed them in an area with a large Latino community, as well as large Hmong community. There may not be an expression of worship that simultaneously relates well to both of those groups of people. Ethnic, linguistic, and even generational issues may initially hinder them from being able to worship using the same forms.

A Trajectory of Inclusion

For me, the best scenario is unity within the body. Previously, Juan Sanchez has written about his own multi-ethnic congregation and how they have wrestled with the issue of gathering together for worship. While they currently have separate services, he said their "trajectory is one of inclusion where we long to unite in one gathering."

I would agree that we should have a trajectory of inclusion and unity, seeking to find the most appropriate musical form for the most people within the context of the church, while recognizing that some people are not going to connect with it and may find a new church home as a result.

Ultimately, I think multiple services can be useful and healthy, if they are a missiological decision, rather than a pandering to the Christian consumer. After establishing the biblical foundation of your worship service, allow it to be shaped by the context in which you are trying to grow, not the complaints of those who crave pandering.

Now, I wonder, what do you think? I'm thinking that this might be an issue of important discussion and I might even turn the comments into a blog of their own.