Research show that youth groups are bad for our students, right? Not so fast.
Ed Stetzer 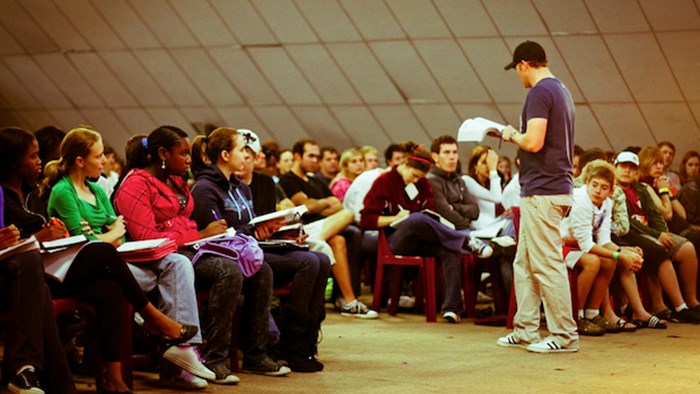 I tweeted this a while back:

But, this has bothered me enough that it's time for a rant... so here it goes. I wrote the rant the day it came out, calmed down a bit, and decided now is the time to publish it.

Now, everyone makes a mistake. But, sometimes, an article just proves a point about bad research.

So, let's dive in and look at four factors that show this is bad research.

Really? Twenty seven thousand people liked the article, so maybe that is true!

But where is ANY real research that says that? That "youth groups driv[e]... to abandon faith" is a quite a claim and needs some evidence, I would think.

Thankfully, they provide an awesome poll show us these truths...

The article said, "According to a new five-week, three-question national survey sponsored by the National Center for Family-Integrated Churches (NCFIC), the youth group itself is the problem." And, when you take the poll (and give your email), you get a free copy of a book that shows youth groups are bad! Awesome.

Also, according to a poll of people visiting the site, www.PresidentObamaIsBad.com, 98% of people believe that President Obama is bad! So, it must be true!

Third, how do you report a poll in progress?

Really? REALLY? You are going to tell me that the results SO FAR say this but if we vote now (and sign up and give our email!) we can help sway these awesome, statistically sound results.

By the way, the "survey" is still going on long after the survey "results" were published in this article. I wonder if maybe, just maybe, the "survey" is to gather emails of people who share the same view.

The story explains: "Adam McManus, a spokesman for NCFIC, is not surprised by the church's deep concerns about youth groups."

I have no statistical evidence to say that youth groups are good or bad.

But, he is encouraged by the results of the poll of people who go to the site against youth groups, now referring to "American Christians."

McManus explains, "I am greatly encouraged by the results of our survey. American Christians are finally waking up to the disconnect between the clear teaching in Scripture in favor of family-integration and the modern-day church's obsession with dividing the family at every turn."

So, are youth groups bad?

Here's the case that McManus makes, excerpted from the article:

"Today's church has created peer dependency," McManus says. "The inherent result of youth groups is that teenagers in the church are focused on their peers, not their parents or their pastors. It's a foreign sociology that leads to immaturity, a greater likelihood of sexual activity, drug experimentation and a rejection of the authority of the Word of God."

That's a reasonable argument, actually. Again, they may be on to something and I am sympathetic to the possibility.

I've written about how educational systems are found in societies with teen rebellion—which, I would think, might support the thesis of this group. I also posted a blog post last week, recapping an article I wrote in Modern Reformation magazine about the dropout rate of young people in the church.

If your youth group is lacking true ministry and the preaching of Jesus, and seems more like a holding tank with pizza, as many are, you're not going to have much difficulty proving that youth groups are bad.

Yet, the fact is that there is little research on the subject because even homeschool kids, for example, are often in youth groups. So, maybe they are right. I'm willing to entertain the idea that McManus may indeed be correct, if there was data to prove the idea.

But, this research undermines my confidence, not strengthens it. It should undermine yours as well.

Of course, I work at LifeWay (and we sell student ministry materials) so some will say I am biased, so let me be clear: I have no statistical evidence to say that youth groups are good or bad.

While I have no research to prove or disprove this claim, I do know that this article does not help anyone know ANYTHING about what American Christians really believe about the subject.

I have no competing research. I have no agenda to disprove this "news" story other than I wish we would not pretend it involves research.

Let me point you again to my article, "Three Ways to Spot Bad Statistics." This is a perfect case that should be easy to spot.

BTW, I'm trying really hard not to comment on this "survey" and the front page Drudge story is spawned (including the backlash).