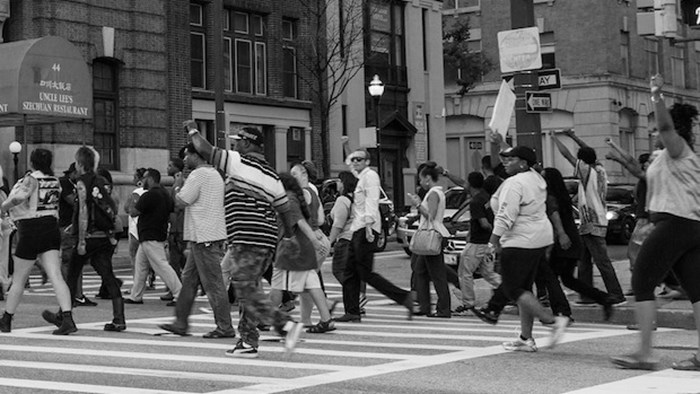 Among evangelical articles on Ferguson, Voddie Baucham's had to be one of the most read—many people sent it to me. It actually led to a guest moment on Fox News on Saturday.

For some evangelicals, Voddie’s comments validate their own thoughts (see the Twitter and Facebook comments, for example) and speak to the real issue(s) in the African American community. For others, the article was seen as unhelpful (see Thabiti Anyabwile's critique below).

My first response to Ferguson was to say nothing. I was on the outside looking in. I didn’t know what happened. I didn’t know the communities or the issues surrounding the tensions. Second, I chose to remain silent because people were demanding that I speak—even condemning me for my silence. In this age of “I sure would love to hear your thoughts on” I get tired of the sense of entitlement with which people approach those whom they deem to be popular or high-profile Christians. No one is “entitled” to my opinion. Nor is my faithfulness to God determined by how quickly I respond to “relevant” issues.

As a pastor, I have a responsibility to my flock. If those for whose souls I care (Heb. 13:17) want help thinking through these issues, I am obligated to them. I have a duty to walk them through issues like these to the best of my ability, and with sensitivity to their particular needs. What worries me is that Christians in the age of social media care more what “popular” preachers have to say on issues like this (and whether or not they agree with other “popular” preachers) than they are about taking advantage of an opportunity to work through challenges in the context of Christian community. More importantly, it worries me that so many Christians view themselves primarily as members of this or that ethnic community more than they see themselves as members of the body of Christ.

Thabiti Anyabwile has written on Ferguson on more than one occasion. You can find them by clicking here. He specifically addressed Baucham’s article in his thoughts, but said much more worth considering.

The United States is likely to be discussing Ferguson-related issues for a long time to come. Television crews have pulled out of the small town and will no doubt chase the next story they think important and ratings worthy. But an awful lot of people will still be processing, talking and acting in ways they think are best. I certainly intend to continue thinking, learning, reflecting, retracting, restating and engaging as much as the Lord allows me and seems useful. Thus, this is my third post this week on these events.

In this post, I want to respond to three themes that tend to recur in Ferguson-like situations: fatherlessness, black-on-black crime, community apathy, and the problem isn’t racism but sin.

I first posted on the first three themes about two years ago. And many others have tried to reply in similar ways. As one writer has put it, these sentiments have become something of a meme traveling the internet with constancy. So, they require constant reply.

Affirming the Importance of These Concerns

But I want to begin with affirming the importance of these issues. The problem, to me at least, isn’t that these things are not problems, or that certain people are disqualified in raising the issue, or that these are embarrassing truths to embrace.

Fight Over Ferguson or Focus On Solutions: How Should Evangelicals Respond?—Dwight McKissic

Such is life in blogtown.

However, at the end of the day, my concern is that we might approach this as brothers and sisters in Christ. Part of that is to listen to other believers who have views different than our own. That’s worth doing.

Be sure to listen to Dwight who, as an African American Southern Baptist, has a unique view.

Battle lines are being drawn among evangelicals regarding how to properly interpret and consequently communicate the happenings at Ferguson, within the context of a biblical-kingdom worldview. One side sees the problems of Ferguson as rooted in history; particularly the history of racial and economic injustice in America...

My encouragement to evangelicals is for us to stop fighting over Ferguson and focus on solutions.

Tony Evans weighs in on Ferguson. He calls us to "discover the art and skill of listening to each other across racial lines," and I think he is right on.

As dusk fell on Ferguson, the grand jury’s decision in the Michael Brown case blanketed our nation in the chaotic darkness of conflicting emotions and responses. Anger, resentment and betrayal consumed many while others heralded the verdict as just and right. Some protested peacefully while others chose violence. Some applauded the judgment while others wept.

Yet regardless of your, or my, personal thoughts on this case – of which none of us outside of the courthouse have all of the information – the issue itself has re-opened a wound festering too long and too deep in our land. It is a systemic wound affecting each of us, whether we realize it or not. As Martin Luther King, Jr., wrote, “We are caught in an inescapable network of mutuality, tied in a single garment of destiny. Whatever affects one directly affects all indirectly.” We are in this together.

On this episode of The Exchange, Dr. Christena Cleveland and I talk about racial tension and racial reconciliation in the church as well as practical steps for pastors and church leaders in encouraging cultural change in this area. In this clip, Christena talks about the cross as the center of cross-cultural advocacy. Don't forget to join me every Tuesday at 3:00 PM Eastern for The Exchange.